Interview: Battle for Mosul likely to lead to power struggle | Middle East| News and analysis of events in the Arab world | DW | 14.10.2016

Interview: Battle for Mosul likely to lead to power struggle

Military forces are gathering outside Mosul, a city controlled by "Islamic State." DW spoke with expert Renad Mansour about the future of Iraq's second-largest city, and the power vacuum that is likely to emerge. 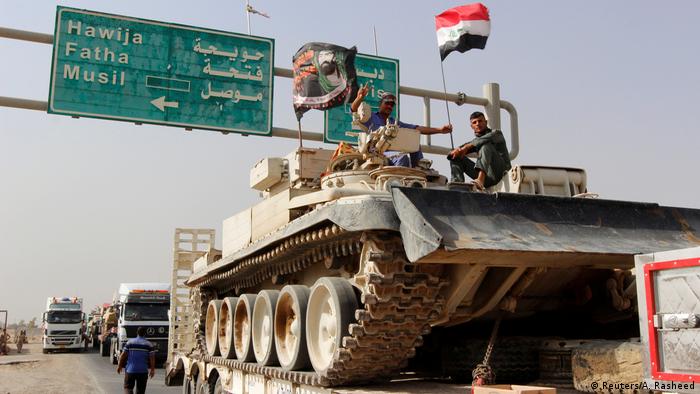 DW: Forces are gathering around Mosul, still inhabited by well over 1 million people. What kind of factions are taking up positions around Mosul?

Renad Mansour: You have many different forces moving in. They might all have the same short term objectives, which is to remove the so called "Islamic State" (IS) from Mosul. But the medium to long term objectives are where we see conflict.

These groups include forces associated with the Iraqi government, which include counter terrorists units under the prime minister's office as well as units under the ministry of defense and interior. They also include different paramilitaries or militias, predominantly Shia paramilitary militias.

On top of that you also have, particularly from the northeast, the Kurdish Peshmerga, which include Kurdistan's Democratic Party Peshmerga and some Patriotic Union of Kurdistan Peshmerga. And then you also have from the local areas different Sunni Arab tribes and also Sunni Arab forces associated with certain politicians, for instance the former governor, Atheel al-Nujaifi.

So the point is that there are many different groups, all looking at this battle as a way to remove the Islamic State from Iraq's second-largest city, but also anticipating a power vacuum in a very important strategic city. And it's that anticipation I think where we find most trouble looking forward.

As I understand, there are also Turkish armed forces stationed near Mosul with tanks. What kind of role do they play? 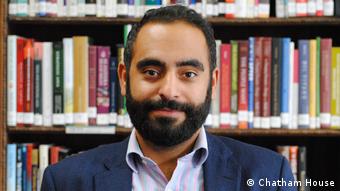 You have many foreign troops, mainly from Iran, the United States and Turkey. If you want to talk about the Turkish influence or role: President [Recept Tayyip] Erdogan still has this Ottoman image of Mosul and its role as a Turkish province. And you see his rethoric escalating against the Iraqi Prime Minister Haider al-Abadi recently, basically saying that Iraq has no right to tell him to remove his troops. Turkey's role is to make sure that a government emerges that is friendly to Turkey - for reasons of trade, economics, politics and security.

How much influence over the course of events does the Baghdad government of Haider al-Abadi actually have with all these powerful players around?

Unfortunately, Haider al-Abadi's government... is quite weak. You see that already with attempts from different factions to remove Abadi's cabinet ministers. The interior minister resigned. And there was another attempt by his predecessor Nuri al-Maliki to remove the defense minister. So Abadi is facing internal forces within his own party, within his own sort of Shia camp, as well as external forces like Turkey... the way he is trying to maintain influencen is by making sure that his troops are the ones that first enter Mosul.

Given that we have all these different forces with different objectives - at least long term - what kind of scenarios do you expect?

UNHCR's Iraq chief has warned 'one of the largest manmade disasters' in modern history would follow the military campaign later this year. Some 60,000 people have already fled the city since Iraq announced its plans. (30.09.2016)

The recently liberated Iraqi town of Qayyarah near Mosul is marked by the horrors of "Islamic State" (IS) rule. As Florian Neuhof reports from Qayyarah, its residents are struggling to cope with the jihadists' legacy. (19.09.2016)

US to boost troop level in Iraq ahead of Mosul offensive

The US has announced a troop boost in Iraq ahead of an anticipated offensive to retake Mosul from the "Islamic State." The increase brings the total number of US troops in Iraq to more than 5,000. (28.09.2016)

It is hard to be optimistic. What is likely to happen? We can say for a fact that the Islamic State will be kicked out of the city, and then there will be a power vacuum. The different actors have completely different ideas of who they want to bring in. There is going to be a power struggle. There might be some form of governing council that is formed to try and maintain the interim period until they have elections, that they have some form of elected governor. A lot of people think that the current governor, who has not really been in Mosul, is not legitimate anymore. So there are a lot of questions.

One of the many problems in Iraq has been that the Sunni minority has felt sidelined during the political process. Now Iraq's Sunni-populated, second-largest city has become the center of a military offensive with a likely power vacuum to follow. Will the fate of Mosul's Sunni population determine whether or not there will be some sort of "Shia-Sunni reconciliation?"

That seems to be the main question: How to win the Sunnis back. First of all, it is important to know that the battle for Mosul in the eyes of the Sunnis in the city at the moment has already begun, because the Islamic State has already begun clamping down on people who they think are spies or collaborators. So the casualties have already begun in anticipation as IS is paranoid and anxious about what is coming. There are estimates that 1 million or more people will be displaced - Sunni people. So that is highly problematic.

I think also, what is important is that Mosul, unlike the other cities that have been liberated, is not a homogenous city. It has many different ethnicities and religions. And reconciliation after what has happened to the Yazidis or the Christians - if they come back and when they come back - is another big question as well. And that's what complicates the future outlook of Mosul at the same time.

Renad Mansour is an Iraq expert at the London-based Chatham House think tank. He previously worked at the Carnegie Middle East Center with a special focus on Iraq, Iran and Kurdish affairs.

The interview was conducted by Matthias von Hein

Israel vows to work with US on any new Iran deal