Mosul offensive to displace a million people, UNHCR warns | World| Breaking news and perspectives from around the globe | DW | 29.09.2016

UNHCR's Iraq chief has warned 'one of the largest manmade disasters' in modern history would follow the military campaign later this year. Some 60,000 people have already fled the city since Iraq announced its plans. 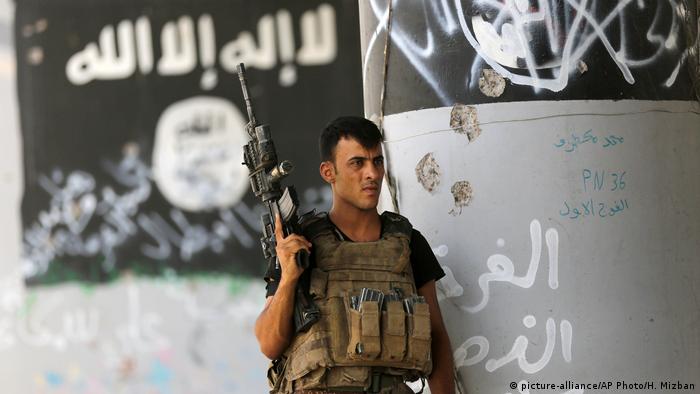 The UN High Commissioner for Refugees (UNHCR) chief in Iraq on Thursday warned that up to one million people could need assistance in the wake of a military offensive to reclaim Mosul from the so-called "Islamic State" militant group.

Mosul: The next humanitarian disaster waiting to happen

The good news: Things are looking bleak for "IS" in Iraq. The bad news: The upcoming battle for the liberation of the city of Mosul will cause an unprecedented crisis - and hundreds of thousands of refugees.

"Mosul has the potential to be one of the largest man made disasters for many, many years," UNHCR Iraq director Bruno Geddo said at a press conference in Geneva. "More than a million could be displaced as a result of the forthcoming offensive."

"We are planning for at least 700,000 who will be in need of assistance, shelter, food, water, everything that you need in a situation of humanitarian disaster," Geddo added.

However, the UN refugee agency does not have sufficient resources to host all those expected to flee the war zone, lacking capacities to offer the necessary humanitarian aid for about 400,000 people. The Iraqi government said it would provide emergency accommodation for an additional 150,000 people.

The offensive is expected to being as early as October, although it is more likely to take place towards the end of the year, Geddo noted.

The IS group rose to notoriety in June 2014. Then, it launched a major ground offensive to expand its so-called caliphate in Iraq and Syria, culminating in the group seizing control of Mosul, one of Iraq's largest cities.

More than 60,000 people have fled Mosul and surrounding areas since March, when the Iraqi army first announced it would was preparing for the military campaign.