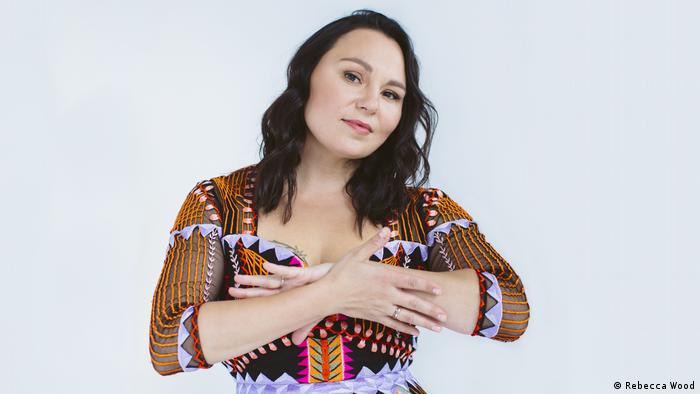 Many Germans' literary image of Native Americans has been shaped by the best-selling Winnetou books written by Karl May in the late 19th century. The German author had never left his own country when he started writing his stories centering on a fictional Apache hero, Winnetou, who becomes friends with the first-person narrator, Old Shatterhand. The books were adapted into successful movies in the 1960s, which helped renew their popularity.

At their core, the adventures portrayed the romantic ideal of living a simpler life in contact with nature. But they had little to do with actual Native American cultures.

With Canada guest of honor at the Frankfurt Book Fair, German readers have the opportunity to update their impressions of North America's Indigenous realities through the works of contemporary authors.

Canadian writers will be showcased not only this year, but also in 2021. Due to the COVID-19 pandemic, the world's largest trade fair for books cancelled its on-site exhibition this year, but Canada was allowed to remain the guest of honor the following season. A series of virtual events will be held this time around, in the hope that an extended program can actually take place in Frankfurt next year. 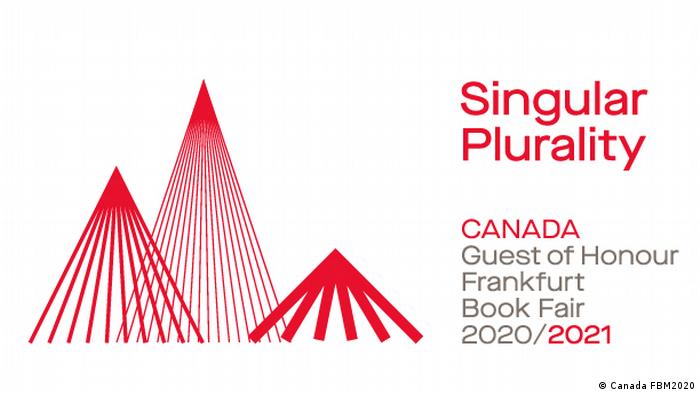 Canada's logo for the book fair

Under the motto "Singular Plurality" and organized by the entity Canada FBM2020, the country's cultural program at the Frankfurt Book Fair aims to promote the diversity of Canadian voices, including those of Indigenous authors.

One should note that it's an extremely sensitive topic in the country, and Canada FBM2020 worked with its literary programming committee in inclusivity, having in mind first the representativity of Francophone, Indigenous and Anglophone literature.

Nevertheless, the Indigenous authors in the official delegation curated by Canada FBM2020 — who will be in Frankfurt in 2021 — are clearly as diverse as the rest of the writers selected to represent the country's literature.

Among the authors in the delegation is the award-winning artist Tanya Tagaq, an Inuk throat singer who first who became renowned internationally through her collaboration with Icelandic pop artist Björk on her 2004 album, Medulla. Tagaq went on to release her own albums, merging traditional sounds and electronica.

In her first book, Split Tooth, published in 2018 and also available in German, Tagaq similarly blends genres by combining journal entries, poetry, fiction and Inuit folklore. Her narrative is told through the eyes of an Inuk adolescent girl growing up in a small Nunavut town in the 1970s.

For Daniel Heath Justice, author of Why Indigenous Literatures Matter (2018), Tagaq's book is a prime illustration of his critical concept of "wonderworks," or how Indigenous writers defy the West's conventions of literary genres. 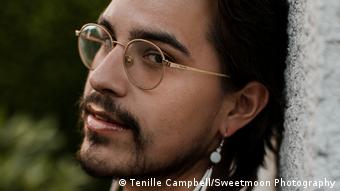 Joshua Whitehead's award-winning Jonny Appleseed (2018) has also been translated into German this year. It tells the story of an Oji-Cree who has left his reservation and makes a living as a sex worker in Winnipeg. While enjoying the freedom of the city, the protagonist remains connected to the traditions of his people and his family.

Billy-Ray Belcourt also explores colonial violence and queerness, his ties to his "kokum" — the Cree word for grandmother — and growing up in the Driftpile First Nation in northern Alberta in A History of my Brief Body. The recently released memoir quickly became a bestseller in Canada.

A growing interest in Canada

Over the past decade, grassroot movements fighting systemic racism towards Indigenous people, as well as a growing awareness of cultural appropriation and the violent legacy of colonialism in the country have contributed to increasing the Canadian public's interest in Indigenous authors. 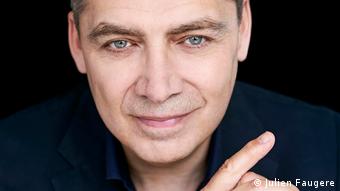 Michel Jean is also the editor of a collection of short stories titled 'Amun,' which means 'gathering' in the Innu language. It is now available in German

Michel Jean, an Innu who comes from the First Nations reserve of Mashteuiatsh, is a novelist and established journalist in Quebec. He told DW that he often encounters prejudice against members of the First Nations and feels that literature is a powerful tool to "reach the hearts and minds of readers."

Jean's latest novel Kukum tells the story of his grandmother and the forced sedentarization of the Indigenous peoples. "Canadians are often surprised to discover how it was done, and how violently it was done. They often imagine that it was only in the United States that colonization was so harsh," he said.

Like many of the authors previously mentioned, J.D. Kurtness won an Indigenous Voices Award in 2018, the first year the distinction was awarded. A member of Canada's Innu Nation, the French-language novelist is also in the Canada FBM2020 delegation. 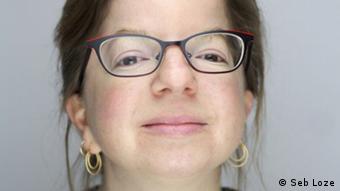 Author of a thriller and an anticipation novel: J.D. Kurtness

However, Kurtness does not directly address her roots in her works. Her first novel, Of Vengeance, is a thriller about a female psychopath who discovers the pleasure of killing as a young girl. Her second one, Aquariums, is an anticipation novel in which humanity is hit by an unprecedented epidemic — it came out in 2019, before anyone knew the COVID-19 pandemic would affect the entire world.

Asked how she perceived being associated with her Indigenous background, Kurtness told DW that she's pleased that it gives her works a "certain visibility, as there's a growing curiosity from the public," but she also pointed out that it might be misleading for some readers, since her books don't focus "on realities in First Nations reserves or life in the 'good old days,'" as she says. Still, one could claim that this literary freedom also reflects the diversity of Indigenous voices in Canada.

The Frankfurt Book Fair offers five days filled with books, cultural events and discussions. Here's more about a literary train, the dreams we carry, a vigil for human rights — and 93 awards.