As the 2020 Frankfurt Book Fair kicks off, its president and CEO, Juergen Boos, spoke to DW about the coronavirus-caused new format and why it's important to talk politics. 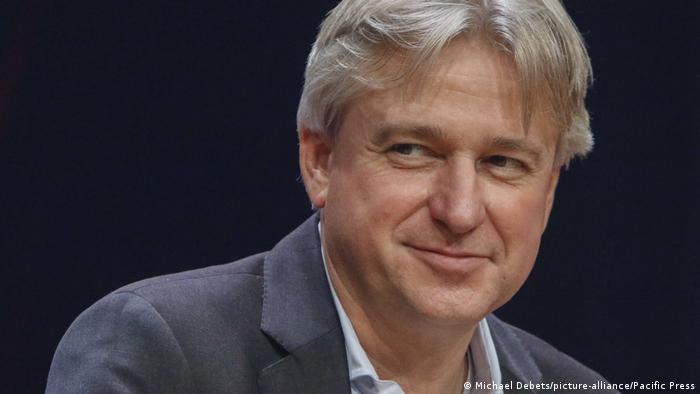 Deutsche Welle: You stuck to your plans to hold the Frankfurt Book Fair in a slimmed-down form. Due to the coronavirus pandemic, the fair as we know it had to be canceled and will now take place as a predominantly digital book fair from October 14-18, 2020. What will it be like?

Juergen Boos: The fair will actually take place in the Frankfurt Festhalle, and there will be events in the city, but the exhibition halls will remain empty. That's why we had to set up a comprehensive digital concept in addition to this decentralized fair. It takes into account the needs of the trade and the rights trade, but of course also focuses on the books and the authors. We have set up a digital book festival and a virtual broadcasting center, where we will broadcast from the Frankfurt Festhalle to the whole world.

Will the Book Fair ever be the same again?

I think so. In any case, it will be very similar. We are now testing what works digitally. How do the economic transactions work? How does digital interaction with the audience work? Of course, we will continue to use whatever works next year. But yes, we will meet again physically, because otherwise the creativity, the opportunities, the trust that personal encounters create will be lost. 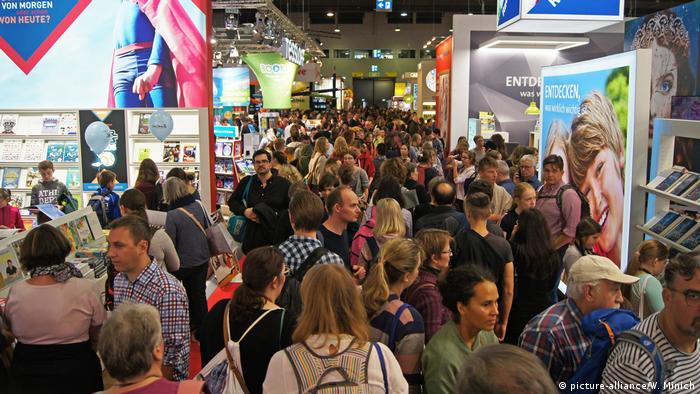 In 2019, the exhibition halls of the Frankfurt Book Fair were busier than ever before. In 2020, they will remain empty.

Is it already possible to gauge what has been lost?

This year, the industry has lost the opportunity to have this type of personal encounter. It doesn't only concern Frankfurt, but also Leipzig [book fair, which was canceled in March: Eds.]; the encounters with the audience, with the authors. Here in Germany, LitCologne [book festival] didn't take place. Internationally, the trade  fairs in London and Bologna didn't happen either. Beijing used to be international, but this year the fair there was purely local, and even virtual. We are really longing to meet again.

Last year you had a record number of visitors and almost 7,500 exhibitors. How can publishers present their new publications this year?

Last year was a record year for us. We had more trade visitors and higher audience figures than ever before, and we were more international than ever. Of course, we couldn't foresee what was coming. But years ago, we were adjusting to the fact that many things could be communicated digitally and done virtually. Now we had to speed up the process.

We created a rights platform, but we also actually created opportunities for publishers to present themselves internationally to the digital world. We use many different channels: television, YouTube, Instagram, all types of social media. It required a lot of professionalism and a lot of external support to do this in just a few months. Now we are finally ready to go! 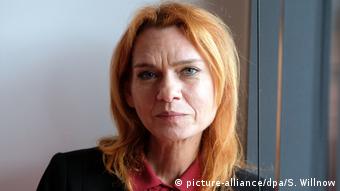 Persecuted Turkish writer Asli Erdogan was in Frankfurt for the 2019 fair. In 2020, authors and democracy activists like Hong Kong's Joshua Wong will make digital appearances

The fair also considers itself a platform for human rights and freedom of speech, it has continued or even initiated such discussions. How do you intend to replace this?

We have a decidedly political program that we are developing together with the German Foreign Office, called "Der Weltempfang" [literally, "the World Reception"; the fair's socio-political stage], and we were actually able to transfer this to the digital realm by producing many political discussions beforehand.

I thought for a long time about the messages we wanted to send with the fair's opening, which will take place in the Festhalle. I invited David Grossman, a writer whom we admire very much because he is also a decidedly political writer. He can't travel here from Israel, of course, so we will connect with him digitally. 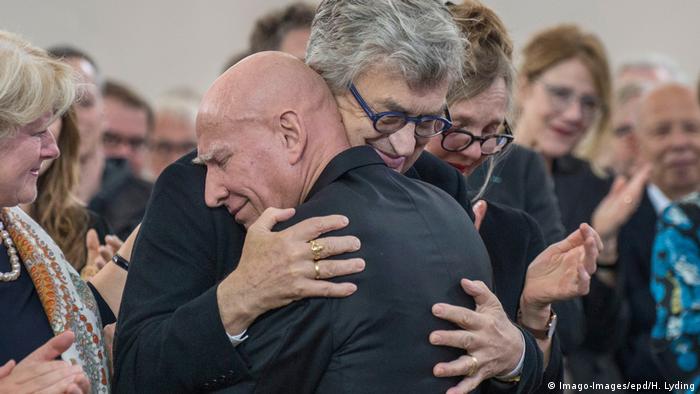 Hugs, like the one between 2019 Peace Prize winner Sebastiao Salgado and director Wim Wenders, will not be possible at the 2020 award ceremony

The German Book Prize is always awarded on the eve of the opening of the Book Fair and will also be digital. What role do awards play for the industry?

As events, I think prizes and award ceremonies play an important role in drawing attention to books, to storytelling. A prize creates publicity, it affirms the author's work and is an incentive to continue writing. The German Book Prize, and also the Peace Prize, which will be awarded at the end of the Book Fair in St. Paul's Church, are particularly important. But also, the other lesser-known awards that will be given out this week, such as the Litprom Prize for an author from Africa, Asia or Latin America — the only prize of its kind — are very important.

The interview was conducted by Sabine Kieselbach and translated from German.