The prestigious literary award, which recognizes the best German-language novel of the year, is to be announced Monday. A look at the shortlisted titles for the German Book Prize — a bold selection. 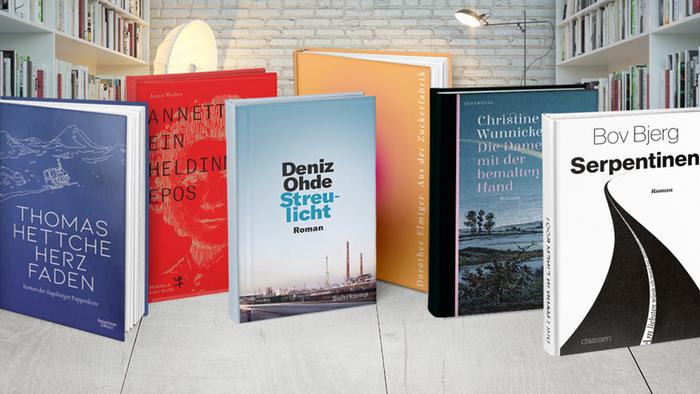 The winner of the German Book Prize is set to be announced on Monday, October 12, at 1600 UTC (6 p.m. local time), at the beginning of the Frankfurt Book Fair.

Publishers had submitted a record number of books this year. Twenty of the 206 novels reviewed by the jury made it onto the longlist. Among them were big names like Robert Seethaler and Frank Witzel; Leif Randt had also attracted a lot of attention with his zeitgeist novel, Allegro Pastell. Yet none of the literary stars made it onto the shortlist of six titles.

Instead, the bold selection includes historical and fantasy novels, an epic and two first-person novels exploring the gloomy abyss of identity.

"We have nominated six novels that won us over with the power of their linguistic expression and their formal innovation while also demonstrating political urgency in a particularly clever manner," said jury spokesperson and author Hanna Engelmeier of the selection. "Some draw on unexpected sources or turn to historical material to arrive at major universal questions. At the same time, the shortlist also includes outstanding titles that address biographical and contemporary topics in surprising ways."

DW brings you an overview of the six selected titles below: 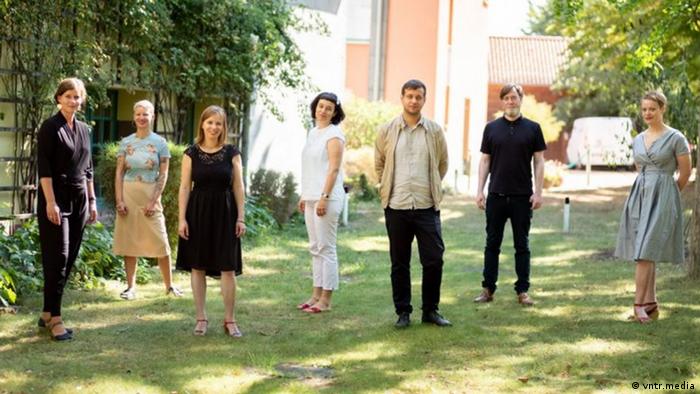 Bov Bjerg's Serpentinen is a father-and-son journey leading back to the man's oppressive family. It's "a deeply sociological and simultaneously very literary account of oppressive gloom – often with surprising wit," wrote the jury.

For her novel Aus der Zuckerfabrik, Dorothee Elmiger started out with the simple question: "Where does sugar come from?" Her investigation led her to the creation of a collage combining world and literary history, sketching "biographies of mystics, insatiables, gamblers, orgiasts and colonialists, records dreams and cases of ecstasy and madness," according to the German Book Prize's website.

In Herzfaden, Thomas Hettche revisits Germany's present and past — including World War II and postwar West Germany — through a 12-year-old girl's encounter with the puppets of the country's beloved Augsburger Puppenkiste theater.

Set in a (post-)migrant worker milieu, Deniz Ohde's Streulicht returns to the first-person narrator's childhood home, a cramped apartment and a family dealing with alcoholism and education problems.

Anne Weber's Annette, ein Heldinnenepos, is a biographical epic portraying Anne Beaumanoir. Born in 1923 in Brittany, she was "a member of the communist resistance as a teenager, rescuer of two Jewish youths, a neurophysiologist in Marseille after the war, sentenced to 10 years in prison in 1959 for her involvement in the Algerian independence movement."

Christine Wunnicke's Die Dame mit der bemalten Hand is a book about the "early scientific exploration of the world." Set in 1764, it tells the journey of Carsten Niebuhr, an explorer from Bremen who was stranded on the Indian island of Elephanta.

Awarded by the Börsenverein des Deutschen Buchhandels (German publishers and booksellers association) the German Book Prize recognizes the best German-language novel of the year. Created in 2005, it is Germany's equivalent to the UK's Booker Prize or France's Prix Goncourt.