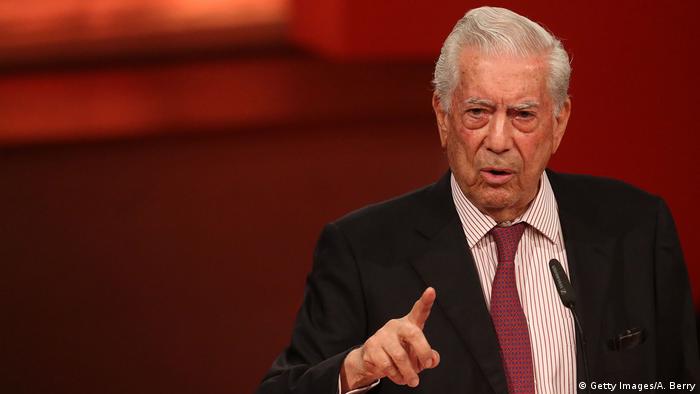 Literature festivals across Germany have been cancelled or postponed, the Frankfurt Book Fair is going digital, readings and discussions substitute for talks and negotiations at fair booths — but at least theInternational Literature Festival Berlin (ILB) has put together an impressive program with actual live performances by writers.

If not for the coronavirus pandemic, 1,180 visitors would have been present for the opening of the 20th ILB on Wednesday. Opening the event attended by a well-distanced audience, Monika Grütters, Germany's Federal Commissioner for Culture and the Media, promised to reflect on ways to get theaters up and running again properly and to review the current distancing rules: "I think that has to change," she argued. Reviving cultural life is existential for democracy, Grütters said before announcing the evening's star guest, Mario Vargas Llosa. 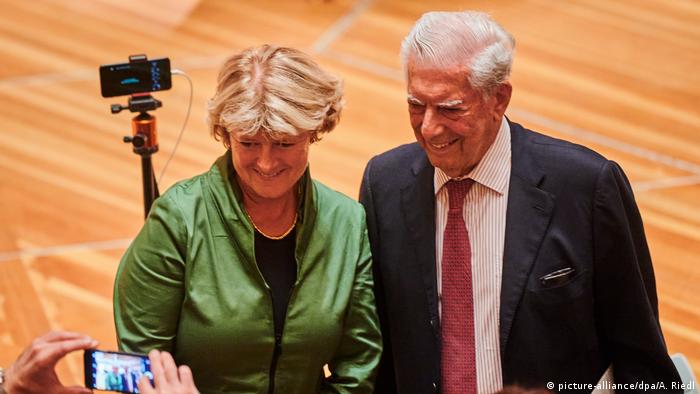 'Literature points to another kind of reality'

Introduced by festival director Ulrich Schreiber as "a hero of our times" for endeavoring the journey during the coronavirus pandemic, Vargas Llosa had already participated twice in the festival in the past.

In his speech, the 84-year-old Nobel Prize winner emphasized the potential of literature to change people's lives: "Dictatorships are always deeply suspicious of literature. They know that literature is a threat to them," he said. For 300 years under colonial regimes in Latin America there was a "novel-like silence" before the first books found their way from fantasy to fiction in the 18th century, he said. "Imagination always exists, but novels are more than entertainment. They contain the unwillingness to submit. They refer to a different reality."

"Literature has the gift of showing us that something is going wrong," argued the Peruvian writer, who has been living in Spain and London since his failed presidential candidacy in 1990. Literature helps to establish dissatisfaction and dissidence, he added. "If we as citizens do not want to be mere zombies, beings that accept everything that is imposed from above, we must saturate society with literature." 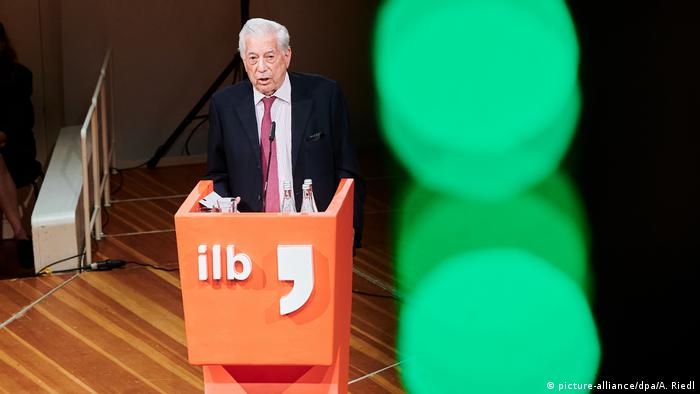 People will shed some of their arrogance because of the pandemic, said Vargas Llosa in Berlin

Challenges of a pandemic

Vargas Llosa, who long ago dropped his youthful enthusiasm for communism and calls himself a liberal, referred to non-free societies in general terms only, without specifically mentioning Latin American countries where democracy has come under pressure.

He nevertheless emphasized the utopian potential of literature: "Especially in non-free societies, literature is an element of action. It shows us that the impossible can be possible."

The coronavirus pandemic has made people realize that they had an "arrogant misconception of dominating everything," Vargas Llosa said. "Nature can still present us with terrible challenges."

'Books allow you to dream of a better world'

The 2010 Literature Nobel laureate ended his address by saying that "books are one way of making people dream of a different, better world."

The festival is celebrating its 20th anniversary with big international names despite the global pandemic and its restrictions,  including Nobel Literature Prize winner Olga Tokarczuk, David Grossman, Daniel Kehlmann, Ingo Schulze, Nora Bossong, Thomas Hettche, Colum McCann, Leif Randt, Ivan Krastev and Richard Ford. Almost all of the writers' talks are also presented virtually — a fact that definitely outweighs the heartache about the lack of an audience at the live events.

Author Bernard Schlink on goodbyes and his new book

DW interviews the internationally famous author about relationships, guilt and saying farewell. And his new book, "Abschiedsfarben," won't be his last.