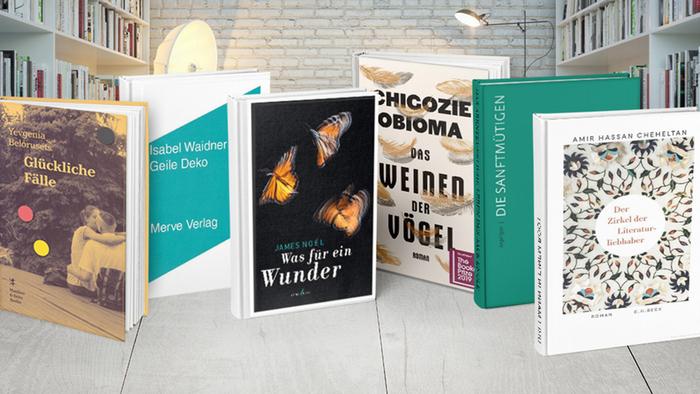 Since 2009, the Haus der Kulturen der Welt (House of World Cultures) and the Stiftung Elementarteilchen have been awarding the Internationaler Literaturpreis (ILP), honoring an outstanding work of contemporary international literature and its first translation into German.

Over the years, the recognition has repeatedly helped to make the voices of previously relatively unknown authors in Germany clearly heard. This was the case in 2013 for the Nigerian-born American author Teju Cole and his novel Open City; in 2016 for the Indian-French author Shumona Sinhaand her provocative refugee novel Let's Beat Up the Poor!, and last year for the Mexican Fernanda Melchior and her novel about poverty, Hurricane Season.

Normally, the winning duo for the best novel and the best translation are honored with a major celebration to which all other authors and translators of the books nominated for the final round are invited. Visitors can enjoy readings, discussions and casual conversations on the roof terrace of the Haus der Kulturen der Welt (House of World Cultures) in Berlin. The writers and translators, who often travel from far away, have the opportunity to meet German literature fans and use their time in Germany for further readings and developing media contacts. And, of course, they can pick up their prize money for the winning title, endowed with €20,000 ($24,000) for the author and €15,000 for the translation.

But this year, the 12th in which the award has been given, is entirely different. The Haus der Welt der Kulturen (HKW), together with the seven-member jury, decided not to honor a single book in this year marked by the coronavirus pandemic, but rather, all six titles on the shortlist. That means that there are 12 winners instead of 2, among whom the prize money of 36,000 euros will be divided. In the current precarious situation for many people working in the cultural field, the organizers wanted to honor the work and voices of many, rather than a single work.

However, it was not possible to celebrate together in person. Instead, the award-winning books were announced in a special June 4 program on public broadcaster Deutschlandradio Kultur. This new mode of awarding the prizes also has its benefits: The award-winning books reflect worlds from four continents — Africa, Asia, Europe and North America. "They show us the world as a great space of opportunity," said the jury. "They testify to the great diversity of voices in the world."

These are the award-winning books: 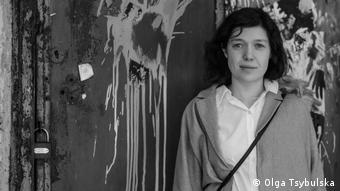 "I believe that you can't believe in anything for good. It's no use trying." It's the lives of largely unruly women living between Kiev and the Donbass region of Ukraine that Yevgenia Belorusets depicts in her book of portraits.

The 40-year-old photographer, artist and writer, who lives alternately in Ukraine and Berlin, has spoken with such women forgotten by history during several research trips. Her portraits of florists, sisters and customers in a beauty salon are, however, not documentary, but literarily condensed and contrasted with photographs. 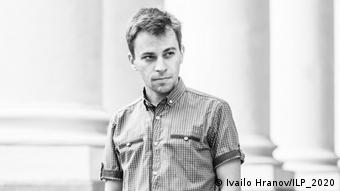 Die Sanftmütigen (not available in English yet, literal translation: The meek)

The "meek" are the narrators who only come out as silent observers at the end of the novel. Angel Igov's book speaks of the events surrounding the Bulgarian People's Court in 1944, when the Communists' justice system indicted thousands within a few weeks in order to liquidate potential opponents and competitors of the new regime and stabilize its power. Igor describes the entry of his protagonist Emil Strezov into the new era — a private one that becomes a collective fate.

Angel Igov, born in 1981, lives in Sofia as a writer, translator and journalist. His novel is based on materials found in the recently opened archives. "A book that already belongs to world literature," was the verdict of juror Elisabeth Ruge. 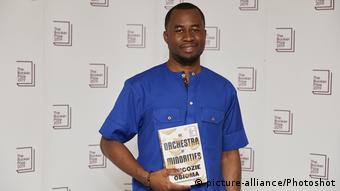 One learns a lot of names and terms from African religions in Chigozie Obioma's new novel, which is "firmly anchored in Igbo cosmology," as the Nigerian author writes in his epilogue. It is actually about the fate of a poultry farmer who wants to sell his farm in order to obtain an academic degree in Northern Cyprus. Without material advancement, he believes, he would never be able to marry his beloved.

Jury member Daniel Medin considers An Orchestra of Minorities to be a philosophical novel "of rare ambition and breadth that questions the freedom of the human will with relentless precision." The epic about the humiliated and the insulted is told by a 700-year-old protective spirit. Obioma became known as an innovator of the African novel with his debut novel, The Fishermen. 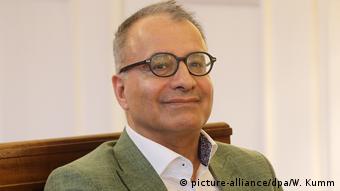 Der Zirkel der Literaturliebhaber (not available in English yet, literal translation: The circle of literature lovers)

Iranian author Amir Hassan Cheheltan has published seven books in Germany and none in his home country over the past 15 years. Der Zirkel der Literaturliebhaber depicts the beginning of the Islamic Revolution in 1978, when the boy in the book was just 15, struggling to discover his sexuality while the Shah's militias were massacring people and pious Muslim and revolutionary forces were setting fire to Tehran's red light district. Amir Hassan Cheheltan unravels his memories, speaking of his love of literature and the subversive world of literature lovers who met for decades on Thursdays in his father's house. It came to an abrupt end with the persecution and murder of writers by the secret police of the Ayatollah regime.

Is this book still a novel? Or maybe more of an autobiography? Cheheltan has shifted the events on the timeline of his memory and life by about 15 years. But what he tells is true, deep and touching. "When the four walls of our guest room collapsed and nothing but a cloud of dust remained, our Thursday circle, which had changed my life — given it warmth and new meaning — this small, beautiful world, to which I owed my attitude toward life and which had protected us for decades like a protective cloak against external threats, was destroyed within minutes. 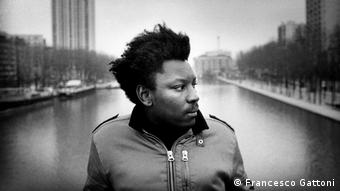 Was für ein Wunder (not available in English yet, literal translation: What a miracle)

James Noël, born in Haiti in 1978, wrote a text about the earthquake catastrophe in his native country, which destroyed the capital Port-au-Prince in 2010 and claimed up to 500,000 lives.

Why does the novel, originally published in 2017, have such a hopeful, flowery title? Noël, who is also a distinguished poet, quotes the colloquial language of the people, their sarcasm and their willingness to rely on faith. He describes further catastrophic consequences of the catastrophe, of cholera, of media misguidance and of failed relief efforts. He writes about quirky love, chaos research and the butterfly effect. Was für ein Wunder is an earthquake novel, but also a long essay, and above all a linguistic monument of resistance. 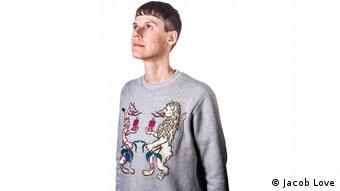 Isabel Waidner's novel is by no means based on a linear plot, but is, on the contrary, madly confused and crazily contradicting. The experimental novella relishes in a play with words, and which Ann Cotten has translated into German in a phenomenally imaginative way.

The German Publishers and Booksellers Association presents the German Book Prize. Since 2006, Deutsche Welle has been its media partner. Chairman Heinrich Riethmüller tells DW about his goals and visual literature. (05.10.2016)

Almost half of all books are sold in stores in Germany. Sales have been impacted greatly as shops have been closed for weeks. But even as some stores reopen, a quick bounce back is not expected. (23.04.2020)

The novel Efuru established Nigerian author Flora Nwapa as the first African woman to publish a book in English. Her work set the stage for the emergence of female writers in Nigeria and other African countries. (15.05.2020)