Fernanda Melchor and German translator Angelica Ammar have won the International Literature Award for "Hurricane Season." DW had a chat with the Mexican writer, whose novel depicts life in an extremely harsh society. 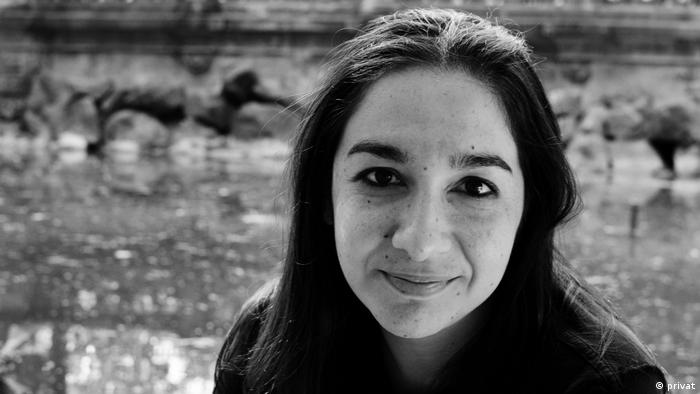 Fernanda Melchor's Temporada de huracanes (Hurricane Season; the English translation is to be released later this year) was featured as one of Mexico's best novels in 2017; the writer was also listed as one of the country's top authors under 40.

Translated into German by Angelica Ammar as Saison der Wirbelstürme, it won on June 18 the International Literature Award of the Haus der Kulturen, a prize of €35,000 ($39,000) shared by the author and the translator. 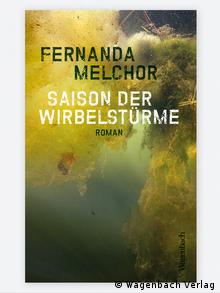 The German version of 'Hurricane Season'

The novel investigates the disappearance of a woman known as The Witch: "In thrilling, furious sentences, Fernanda Melchor tells the story of a femicide in rural Mexico," the jury said. "The titular hurricanes not only hint at the prevailing conditions in the town, but, thanks to the power of the author's language, even seem to descend upon us."

Deutsche Welle: What inspired your story?

Fernanda Melchor: When I was living in Veracruz, I worked for a social communications office of my university, and we got all the local and regional papers from Veracruz. Much of the news had to do with violence and crime in the area — crimes of passion committed by normal people. And I saw this small newspaper chronicle that talked about a person found dead in a canal in a small village next to where I was.

I was surprised because the journalist told the story in a way that made it sound normal to think that a crime could be motivated by witchcraft… The murderer had killed the witch because she was doing witchcraft to make him fall back in love with her. I was stunned by this and I just wanted to write the story behind the crime.

Did you plan it as a novel to start out with?

At first I wanted to do something like In Cold Blood by Truman Capote. I wanted to go to the place where the body was found and interview people. But it was difficult to travel to that little village because the narcos' hideouts were in these small villages. A stranger asking awkward questions would be noticed right away. I could have done it but I didn't want to put myself in danger.

So I tried to console myself and decided to do something just as interesting through fiction, by inventing the inner life of those people who participated in the crime. 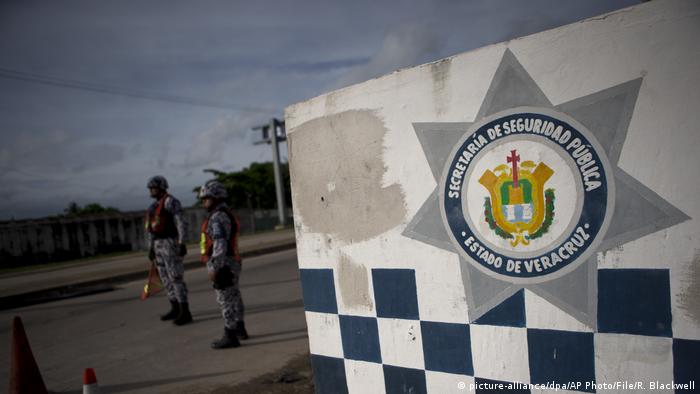 In Mexico's corruption-plagued state of Veracruz, the police was also found to be implicated in forced disappearances

Your novel deals with violence against women who are caught up in poverty, perverted sexuality and superstition. To what extend does this reflect the reality of Mexican society?

There are lots of different environments in Mexico's society. So it's very diverse but it's true that there is a perverse situation of inequality that creates these really dark and really dangerous places and these particular crimes.

We all heard about the narco violence, the beheadings for example or the hanging of bodies from bridges. At the same time, Mexico is a place filled with really welcoming, warm and generous people, hard working people.

I just wanted to portray what can happen in a really small place, totally forgotten by the state and by society.

Your characters representing the state — the policemen, a social worker, a politician — are either brutal, heartless or corrupt…

One of the hardest things for me as a Mexican was to realize — I think more or less at the age of 12 — that the state could be as harsh or brutal as your worst enemy. I remember reading Massacre in Mexico by Elena Poniatowska, a collection of testimonies of people who witnessed the massacre of students by the army in 1968. At first I couldn't believe that the government and the state had to do with the killings. 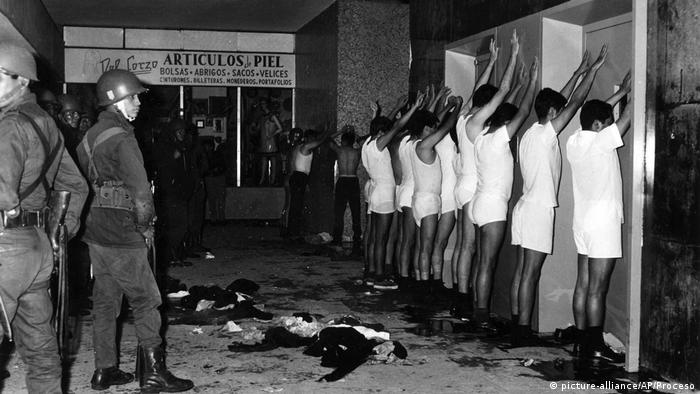 During the Tlatelolco massacre, armed forces of Mexico opened fire on protesters ahead of the 1968 Mexico City Olympics, killing an undetermined number of people, likely in the hundreds

And then, as you face the corruption of the institutions and the impunity, the lack of justice in Mexico it gets harder and harder. The legal system is just super cruel. For example, to get justice if you are raped or sexually molested is really to become a victim twice. What happens to Norma, this young girl in the book, in her very difficult encounter with the authorities and the justice system for me is a terrible example, something I wanted to talk about.

In Mexico teenage pregnancy is just so normal; Mexico has the highest rate of the world. We don't have a right to abortion in Mexico. You can only do it in Mexico City, and it's not free, you have to pay. So I think the conditions people and especially women have to live in in Mexico are just horrible. 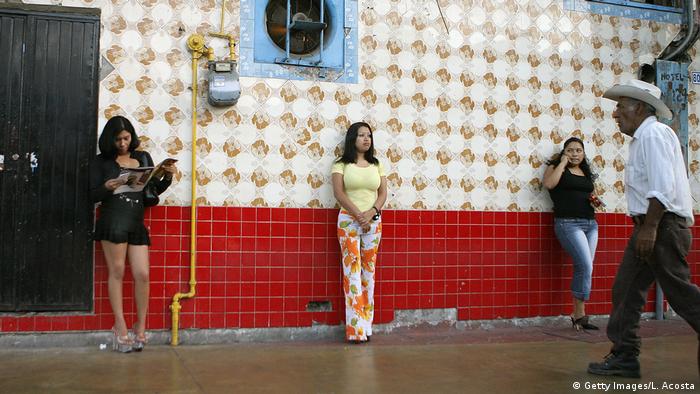 Prostitution is legal in Mexico, attracting people from the US to cross to the south — such as here in Tijuana city

Your story has a rapid pace: It follows the different characters' thoughts, and you transmit these people's vulgar language in a highly artful way. How did you find this language?

When I started to write Hurricane Season I began hearing the voices of the different characters. I would sit at the computer and the characters of the book would start to tell their stories. And it was never the victim or the killer. It was always the people of the little village who would gossip around.

I didn't want the book to just be a collection of testimonies; I wanted it to have a kind of unity. A friend told me to read The autumn of the patriarch by Gabriel Garcia Marquez, a book that has a narrator with a point of view that's really similar to what I wanted to do. I tried to create a voice that could be inside the characters but also on the outside and ended up with this structure that began with one voice and then the voice of another character and then again another — and every time another person tells the story, everything kind of changes.

I wanted to write a novel that the reader just couldn't let go. Today we have so many distractions that it's hard to concentrate on literature. 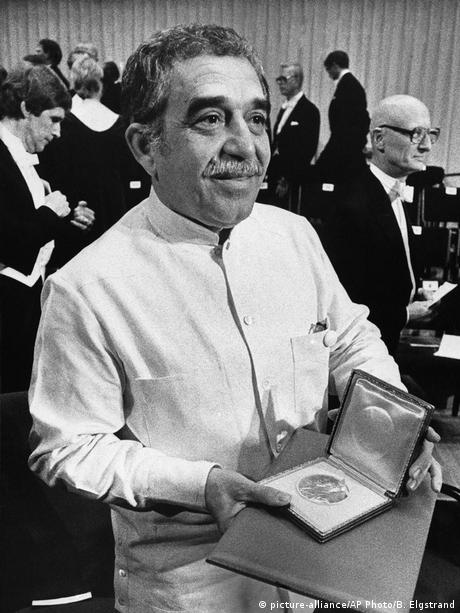 There a lot of superstitions in the novel, but there's not a trace of magical realism. Wouldn't it have been fitting?

I think it was a journalist in Mexico who said, "You write nightmarish realism," or something like that. I grew up reading Garcia Marquez of course, and a lot of horror, Stephen King's novels for example. I find it hard to believe in those supernatural things. But I am conscious that people around me, and especially people in Veracruz and Mexico, really believe in the supernatural. Some people believe in UFOs or in spirits, it is almost a religion for them.

There is a very particular mix of European religion, beliefs from the islands, and also a little bit from what's left of our African roots. And of course the native Indians have roots, and together that all makes this strange form of spirituality, one that is really performative. So the rituals in the book are really what the witches in Veracruz do. People really still believe in those ways of curing themselves, and in this spirituality.

What does receiving the International Literature Award in Berlin mean to you?

I feel really honored and grateful. When they told me they were translating Hurricane Season into German I was like, "Oh my God, how is that going to work?" Then I was told by the publishing company that Angelica Ammar is an amazing translator. I was really skeptical and also really curious what would happen.

I feel less alone here in Germany now. To have a book in just one language is almost like you're fighting alone. Now, with the German translation next to others, I feel more and more in good company.

Fernanda Melchor was born in 1982 in Veracruz, Mexico. Her debut novel, Falsa liebre (False Hare), was published in 2013. Also working as journalist, she published that same year a collection of non-fiction short stories, Aquí no es Miami (This is Not Miami). In 2018, she won the PEN Mexico Award for Literary and Journalistic Excellence and in 2019 the German Anna-Seghers-Preis.

Jokha Alharthi has become the first Arabic-language writer to win the Man Booker International Prize with her novel "Celestial Bodies." The book focuses on three Omani sisters and the country's history of slavery. (22.05.2019)