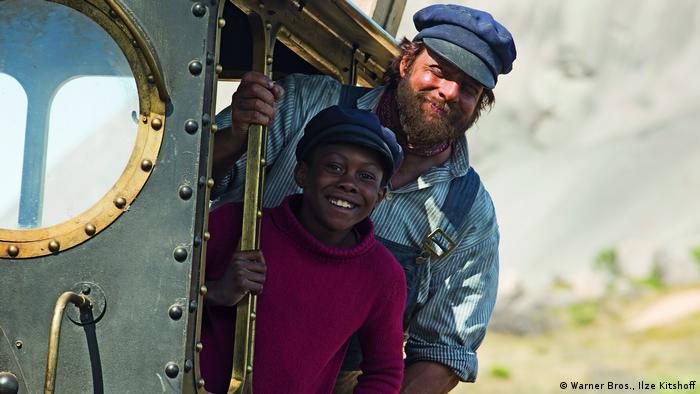 This is the story of Jim Button, who one day arrives on the island of Morrowland, a tiny baby in a postal package. Eventually, Morrowland's king feels his island is too small for all the residents, so Jim — an adolescent by then — his best friend Luke, an engine driver, and the locomotive Emma set off to the fictitious land of Mandala to save a princess.

The book, Jim Button and Luke the Engine Driver, written in 1960 by Michael Ende has enthralled both adults and children alike. Two years after its initial publication in German, a follow-up book was printed: Jim Button and the Wild 13. 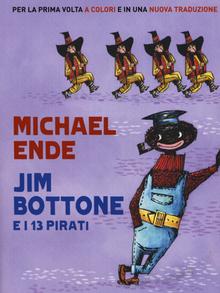 The books were translated in over 30 languages; here the cover of the Italian version

The books have been translated into a total of 33 languages, including Arabic, Estonian, Japanese, Hebrew and Chinese. Around 5.5 million copies have been printed worldwide, making it a global success. Later, Ende gained fame for the books Momo and The NeverEnding Story.

It was unusual for a story in the 1960s to have a Black hero. "When I was a child, I loved Jim Button — the boy who looked like me and who was the hero of the story," Berlin-based author Tupoka Ogette told the Heinrich Böll Foundation. She also remembered that the use of the N-word annoyed her enough to cross it out in the book. The word had made her suffer as a child, the anti-racism advocate and author wrote.

In recent years, the N-word has been the focus of many debates in Germany related to racist stereotypes in children's books. Many publishers have replaced racist names and references in recent editions, as in Astrid Lindgren's Pippi Longstocking. The heroine's father's name was changed from the "N-word King" to the South Sea King.

A debate about racism

Some, like Hamburg-based educator Christiane Kassama, say the Jim Button books are completely inappropriate. "Jim Button reproduces many clichés about the allegedly typical nature and appearance of Blacks," she told Germany's Die Zeit newspaper on the occasion of the book's 60th anniversary. He is just as white people imagine: "a funny, cheeky black child." The way illustrator Franz Josef Tripp drew Jim Button, with a broad grin and thick pink lips is unthinkable today. 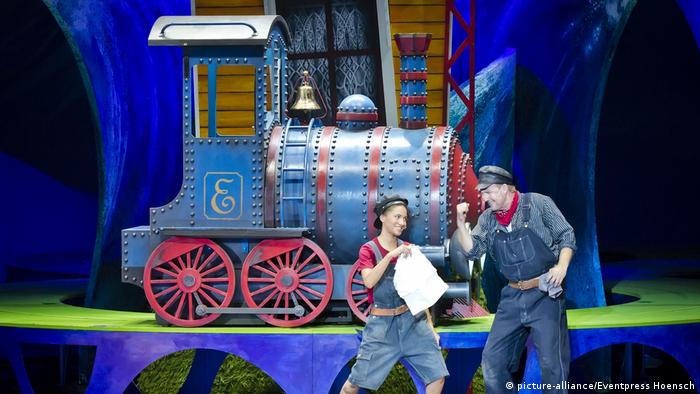 The publishers of the stories, Thienemann, refuse to change the book's language. They argue the characters are fictitious literary figures from a different era, and also say they do not want to infringe on copyright law.

In 2019, Jim Button and Luke the Engine-Driver premiered as a children's opera at Berlin's Komische Oper. "Jim is always ready for an adventure, learning new things and open to meeting new people," said Georgina Melville, the British soprano who sang the role of Jim. "Jim Button is a role model for every child. His journey teaches him patience, understanding and courage and confronts him with his own weaknesses," she told DW.

It's not the first time the story has been told in a different format. The Augsburger Puppenkiste version of the book was filmed for TV in the 1960s, making the story popular in Germany. 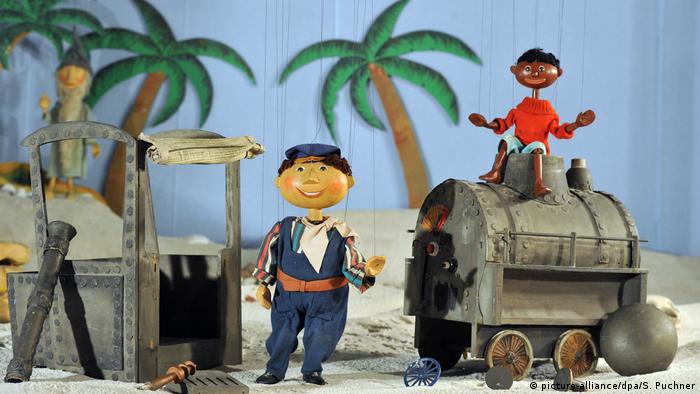 Born in 1929 in Garmisch-Partenkirchen in southern Germany, Michael Ende went to school while the Nazis were in power and later studied to be an actor. He wrote poems and stories as a hobby and honed his skills over time. His stories and characters were developed spontaneously.

In the case of Jim Button, the writer had no idea where the story was headed when he began writing it. During an interview on German TV interview in 1990, he said: "It sounds like a joke, but it's true: I didn't know what was in that package," he said, referring to the package that was delivered containing Jim at the start of the story. For Ende, writing was an adventure. "There's a moment when the characters take on a life of their own and you just follow their lead," he said at the time. 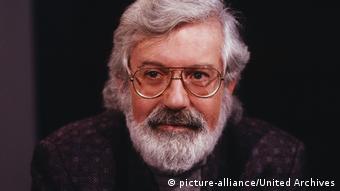 When Michael Ende died in 1995, the estate he left behind included writings and notes that showed the author was fervently anti-racist and critically examined the racial ideology of the National Socialists. This spirit is reflected in Jim's adventures, where he and his companions help outsiders and underdogs during their travels.

In the story, the travelers reach the gates of the dragon city, Sorrowland, which bears the words: "Attention! No entry for non-purebred dragons under penalty of death." Not only do they defeat the cruel pure-blooded dragon teacher Mrs. Grindtooth, but they also enlist the help of a half-dragon, who is an outcast because his mother is a hippopotamus and not a dragon.

It's a storyline that thwarts the Nazis' racist ideology and is both tolerant and pacifist, said Ralf Schweikart, a politician from Germany's Social Democrats party who champions youth literature. "The Black hero and the Chinese princess meet and neither origin nor skin color play a role," he told Germany's epd news agency.

The color of Jim Button's skin played no role when the story was transformed into a children's opera at Berlin's Komische Oper. "Some words and phrases naturally cause discomfort in today's world and they are the book's Achilles' heel, so to speak," said singer Georgina Melville. She adds that the production reflected a more modern attitude.

Film director Dennis Gansel also deliberately left out allusions to Jim's skin color when he turned the first Jim Button book into a movie in 2018. The follow-up film, Jim Button and the Wild 13, is scheduled for release in October.

Whether you'd like to introduce your kids or yourself to German culture, a good place to start is with literature for children. From moralist fables to surreal adventures, here are a few of the country's favorites.