Calling "Uncle Tom's Cabin," a Berlin subway station, an insulting name, Afro-German Moses Pölking wants to rename it. What are the pros and cons? 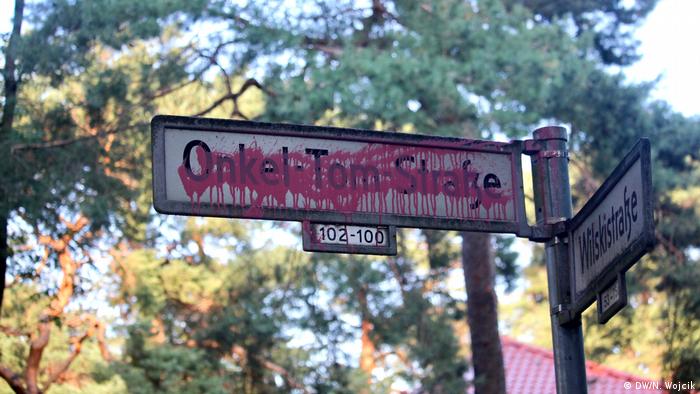 The ride on the subway line 3 runs straight through the heart of Berlin and ends in the village of Zehlendorf. Out here, the air is cooler than in the hectic city center. There's a fresh breeze, and lakes to swim in are not far away. Roaming the neighborhood around the subway station, you discover stylish residential areas with Bauhaus designs. A Tesla is parked in front of one of the mansions.

"Uncle Tom's Cabin" is the name of the subway station in this dignified southwest area of Berlin, a moniker that professional basketball player Moses Pölking has called attention to. "I feel insulted by this. When I drive past here, I always have an uncomfortable feeling," says the 22-year-old Afro-German. That uncomfortable feeling has accompanied the native Berliner all his life. "How much time do you have?" he asks me sarcastically, wanting to know how much detail he should go into when talking about the racism that he — the son of a Cameroonian and a German — has experienced in his lifetime. 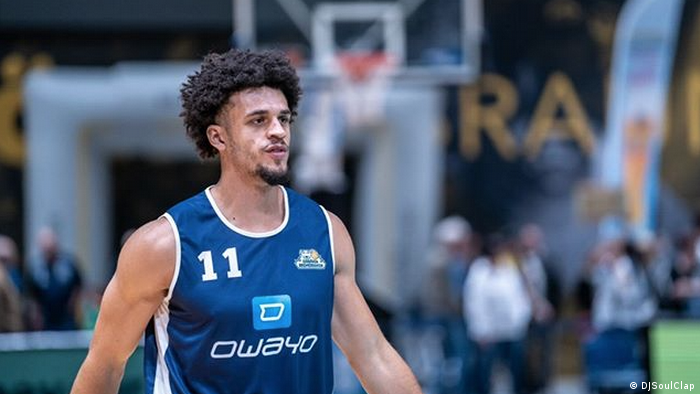 Pölking talks about how he was offered a piece of chocolate foam-filled candy as a child, which at that time in Germany had the racist name "N.... Kuss" (N-Kiss). He talks about how he was "welcomed" with monkey calls and bananas waved at him at an away game when he was 16 years old. "That was tough," he recalls. "When I play basketball, I forget all my problems. But at that moment, the basketball game was part of the problem."

The name of the Berlin subway station refers to the US-American novel Uncle Tom's Cabin by Harriet Beecher Stowe, published in 1852. The protagonist is an African American slave, good-natured, submissive and Christian, whom the children call "Uncle Tom." Sold several times from one slave owner to the next, he never protests. Yet when asked to reveal the location of two female slaves who are hiding from their master who raped them, he remains silent and is beaten to death.

"An 'Uncle Tom' was a slave who deliberately dehumanized himself in order not to be perceived as a threat [to] his slave owner," writes Moses Pölking in his online petition, which at the time of this publication, has been signed by nearly 13,000 people.

Many Black people associate the term "Uncle Tom" with painful experiences; it is akin to "traitor" and an insult in the Black community, he said.

"Nowadays, it's used for African Americans or Black people who stand against their own to the benefit of others, mainly white people," he writes.

But to Heinz Ickstadt, German professor emeritus of North American literature, Uncle Tom's Cabin is a "very impressive book" that takes a clear stance against slavery. "The novel contains an amazing analysis of slavery as a profit-making system, with analogies to wage slavery in the industrial North of the US," says Ickstadt. Soon after its publication, it was the best-selling book in the United States, second only to the Bible. Translated into many languages, it became a bestseller worldwide. 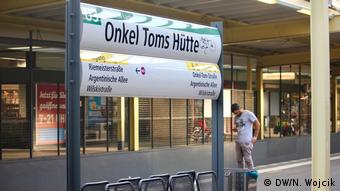 Subway station "Uncle Tom's Cabin" in Berlin: Unimaginable in the US

"When the novel was published, there was virtually no black readership; Beecher Stowe was aiming to appeal to white consciousness," says Ickstadt. Her book is a "sentimental novel that tries to impart a change in consciousness by means of emotion." Slavery is depicted as an instrument that tears families apart, separates mothers from their children and turns the helpless into victims. "Neither that style nor that context would be fitting in the present day; that must be taken into consideration in today's reception of the book," he says.

"In the end, he is murdered, but instead of defending himself, he forgives the slave owners while he is dying," says Moses Pölking, outraged at the submissive attitude of the book's protagonist. Of course, the book was important for the abolition of slavery. But: "One can be against slavery and still be racist. There are many racist stereotypes in the book."

Who decides what is racist?

The renaming of the subway station is long overdue, says Marianne Bechhaus-Gerst, professor of African Studies at the University of Cologne. "For centuries, no one has listened to what Black people have to say about how offensive certain designations are." Up to now, the white majority population has decided what is racist and what is not, she said. 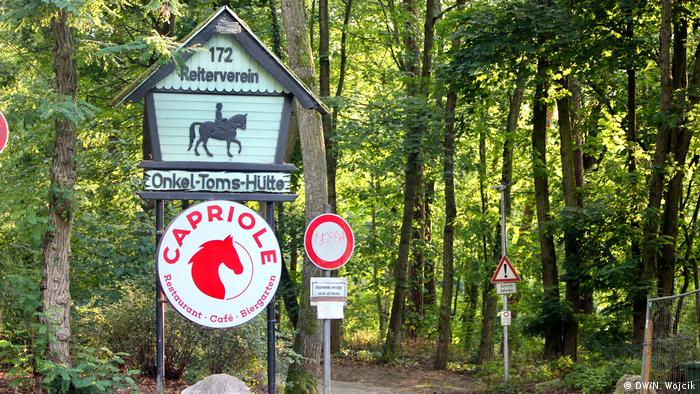 In the US, the term is highly perjorative; it would be impossible today to name anything after "Uncle Tom." Rather than seeing Uncle Tom as an icon of passive resistance and the book as a catalyst for the abolition of slavery, the character came to be negatively defined in theater adaptations of the story over the decades to follow that reinforced racial stereotypes.

The term has even entered clinical psychology: The "Uncle Tom syndrome" describes a minority-member person who negates his innate qualities in order to conform to the majority, most often pertaining to Black and white people.

Yet nearly everything surrounding the Berlin subway station is named after him. There's an Uncle Tom residential area, a hamburger shop, a florist, a coffee roaster, a travel agency. And then there's Uncle Tom Street, about four kilometers (around 2.5 miles) long. "As far as I'm concerned, it can stay that way," says one elderly resident cautiously. "The name is closely linked to the atmosphere here; I'm very attached to the area."

The subway station opened in 1929. Both the station and street were named after a former Berlin restaurant, built in 1884 and demolished in 1978. The original inn named "Wirsthaus am Riemeister" was also popularly called "Uncle Tom's Cabin," as the owner is said to have been an admirer of the eponymous book.

Today, also nearby, is the "Uncle Tom's Cabin" riding club. On this summer evening, several riders are out with their horses. What do they think about the requested renaming? "It's a difficult subject," one woman says, vaguely.

"The name should stay," a 23-year-old woman says, as she changes from her riding boots into her sneakers, demonstratively rolling her eyes as she does so. "I find all of this totally over-the-top. It hasn't bothered anyone before! Even my Black friends haven't complained."

"I think it's great that history is suddenly awakened from its slumber concerning public spaces and that an important discussion is taking place," says Professor Aleida Assmann. "Suddenly, symbols like street names and monuments are no longer boring. Rather, they have become a symbolic weapon in this current situation of reorientation."

Assmann's research concerns collective memory and historical places. "Uncle Tom's Cabin" is a place of remembrance for the residents of area, recalling the inn where people would go during their outings in the woods. "If I imagine that it is to be renamed, then a historical 'cluster' would be eliminated. The previous name would be wiped out; it would disappear from history." 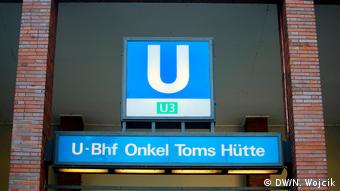 Debate about symbols: Who decides what is racist?

But beyond local history, in her view, the memory of global history is also important: The author Harriet Beecher Stowe was part of the abolitionist movement to abolish slavery founded at the end of the 18th century. "Today, this movement no longer has a good reputation, partly because it was a Christian movement then and we live in a secular world today, and partly because it was the whites who spoke for Black people," Assmann adds. Though it was very important for human rights worldwide at that time, in the current context of the Black Lives Matter movement, it is outdated.

Moses Pölking's petition reflects contemporary issues, Assmann believes. Yet instead of a renaming, Assmann argues for an extension and explanation of the name, by way of information boards, for instance. "It is not a matter of muzzling the movement, but of allowing society to learn about its common history."

Dialogue is also important to basketball player Pölking. He knows how connected many residents of the area feel with the name. He would also like to exchange ideas with local politicians and hold public discussions. But he will not be deterred from his wish for it to be renamed.

My Europe: Xenophobia, nationalism can only be defeated together

While colonial-era statues are being torn down in the UK and Belgium, some Eastern European countries have already banished communist-era monuments to isolated parks. Are there better ways to deal with canceled "heroes"?