Uncle Ben's and Aunt Jemima logos: How Germany dealt with a similar problem

Aunt Jemima's syrup and Uncle Ben's rice have long been part of pop culture, but the logos will now be changed to tune into Black Lives Matter awareness. In Germany, a turbaned black man was turned into a magician. 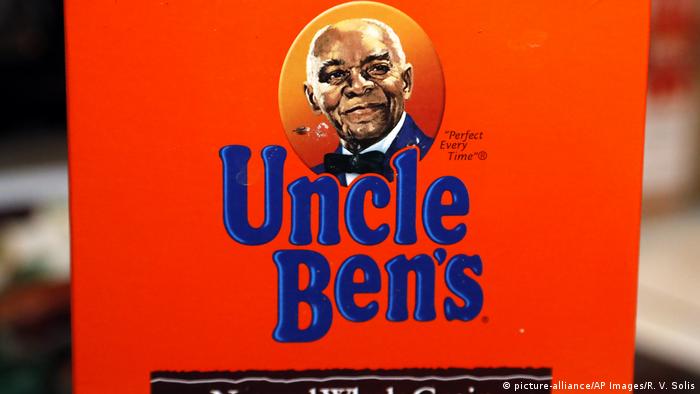 Entire generations have grown up with Uncle Ben, the elderly white-haired black man who smiles at us from packets of rice. He wears a white collar like those worn by servants in the US in the past.

Just a few shelves further down the supermarket aisle, shoppers can find Aunt Jemima baking and breakfast products. Here, the brand logo shows a black woman with a radiant smile — a logo that was created 131 years ago.

"Uncle and Aunt," that's what they used to call black people in the South. Soon Uncle Ben and Aunt Jemima will be history, the US corporations behind the brands say. They acknowledge that they have served racist stereotypes, according to Kristin Kroepfl, vice president and brand director of the PepsiCo subsidiary Quaker Foods North America, owner of the Jemima brand.

Read more: 'Coolest Monkey in the Jungle': the long history of racism in advertising 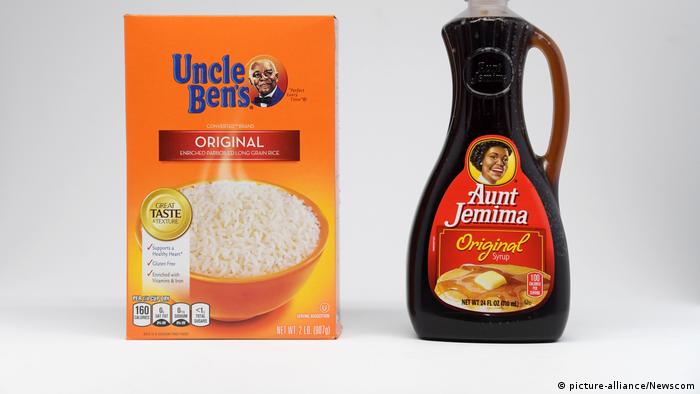 For many critics, the logos should have been changed long ago

On their websites, the US corporations have long presented themselves as politically correct: "The world we want tomorrow starts with how we do business today," is the marketing slogan of Mars inc, Uncle Ben's parent company. The food giant speaks out against "modern slave labor," child labor and other ethically unacceptable standards in its supply chains.

The fact that the controversial rice packets with the Uncle Ben's logo can still be found on supermarket shelves around the world has a reason, according to Pascal Lauscher, head of the Munich-based mmntm brand strategists.

"When I see many brands next to each other on a supermarket shelf, I pick the one I like and am familiar with," he says, adding that is why companies spend a lot of money to build a brand history. "That's why companies followed the old marketing rule: "Don't touch the logo." It's "one of the most important identifying marks of a brand — it tells a story," Lauscher told DW.

In this case, it is unfortunately the wrong one, he adds. "And that is why, logically, in view of the political situation, the companies are forced to change the logo and thus also change the story."

From Lauscher's point of view, however, the US corporations come too late; they should have made changes long before George Floyd's death and the massive protests against racism that followed. "Changing the logo now is akin to saying, until now racism was not important to me and I didn't want to sacrifice the logo because of discrimination against people with a different skin color," he argues. But people will notice and they will wonder about the corporations' practices, he adds.

German companies have already tried to deflect damage to their brands. The Bahlsen group recently reacted to accusations of racism for crispy chocolate-covered wafers it sold under the name "Africa." "We launched this product 60 years ago and then, as now, racism was not part of our thinking," the biscuit manufacturer explained in March 2020, "In order to avoid our product evoking associations with racism, we are already working on renaming it"

The Stollwerck confectionery company's Sarotti Mohr figure, a logo showing a turbaned black figure, was designed in 1918. For decades one of the most famous German trademarks, it has long since disappeared. 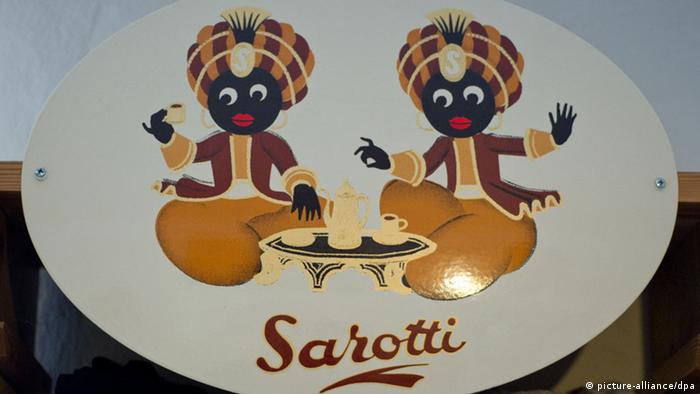 The 'Sarotti Mohr' figure disappeared in 2004

It remains to be seen how long Uncle Ben and Aunt Jemima will continue to smile at consumers from the shelves. "We do not yet know exactly what the changes will look like, and we do not have a timetable yet, but we are examining all the possibilities," a Mars Inc spokeswoman says. Marketing expert Pascal Lauscher has a solution: "Why can't Uncle Ben just be a white guy?"

Racist or traditional? A controversial logo in Mainz reflects larger debate in Europe

Students in the German city of Mainz want a local company's logo featuring an African man removed. It's part of a larger discussion about race and tradition in Europe. (02.04.2015)

The advertisement campaign showed migrants in life jackets as they were being rescued with Benetton's logo at the bottom. The Franco-German charity involved in the rescue has condemned the Italian clothing company. (20.06.2018)

German carmaker Volkswagen has said it wants a hall named after the company to be rechristened for a party conference by the far-right Alternative for Germany party. It also wants its company logo to be covered up. (22.08.2019)