Heiress downplays factory′s forced labor use during Holocaust | Germany| News and in-depth reporting from Berlin and beyond | DW | 15.05.2019

The Bahlsen biscuit empire heiress sparked outrage after claiming forced workers were "well-treated" during World War II. Despite her apologies, the case has reignited debate over Germany's remembrance culture. 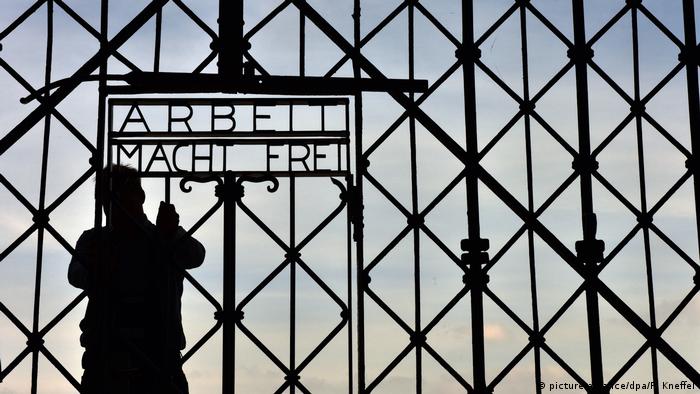 It all started at a business conference earlier this week: Verena Bahlsen, the 25-year-old heiress to the eponymous cookie manufacturer, attended a marketing conference at which she boasted about her riches. All she wanted was "to make money and buy yachts with [her] dividends," she told the audience.

Little did she know that her unabashed claims to millionaire's privileges would make her Germany's most controversial character this week. Her comments came as a slight for dozens of families awaiting compensation after their ancestors were forced to work for the Bahlsen corporation during World War II.

Forced labor in Germany, and within the Bahlsen family's factory in particular, didn’t come as a surprise: During the Nazi era, an estimated 13 million people were coerced to work for the Third Reich. Forced laborers included displaced civilians — men, women and children — from occupied Europe, prisoners of war and concentration camp prisoners. 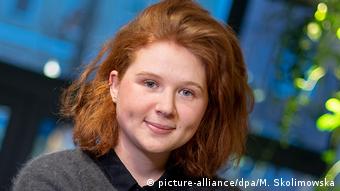 In 2000, some 60 Eastern European individuals who had performed forced labor for the company filed a lawsuit against Bahlsen. Between 1941 and 1945, it is believed that up to 200 people, mostly Ukrainian women, were forced to work in Bahlsen's Hannover factory.

Their compensation claims were rejected as the court dismissed the case, but the cookie manufacturer partly redeemed itself on the public scene by joining a charity aimed at giving reparations to the victims of Nazi-era forced labor. Bahlsen paid more than 1.5 million Deutschmarks (about €767,000, $859,500) to the plaintiffs and the case seemed shelved until Monday, when the heiress sought to justify her stance by downplaying the company's wartime activities.

According to Verena Bahlsen, forced laborers were treated "well," since they were paid the same wages as their German counterparts. The heiress made clear she refused to assume responsibility for something she had not actively taken part in and that happened before her time. 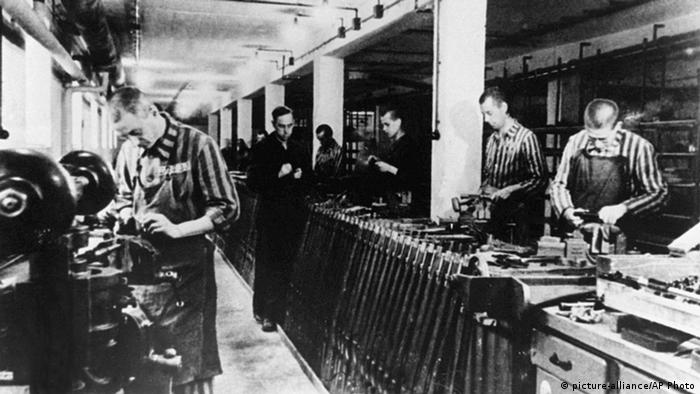 This caused an uproar worldwide, and especially in Germany, where commemorative culture is a highly sensitive issue. General Secretary of the Social Democrats (SPD) Lars Klingbeil declared:

"Those who inherit such a large fortune also inherit the responsibility that goes with it and shouldn't appear so detached. It is no wonder that people lose faith in justice, when millionaires talk about yachts and not about responsibility." 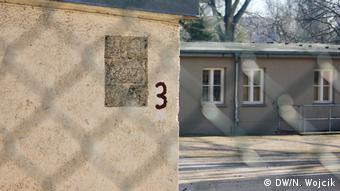 Christine Glauning, head of the Forced Labor Documentation Center in Berlin, was equally dismayed by Verena Bahlsen's claims: "I was shocked that someone in her position, coming from such a big industrial family, could show so little awareness and understanding on forced labor." For Glauning, the case illustrates a lack of understanding about the plight of those made to work against their will by Hitler's regime.

She explains that many other German companies found themselves in a similar situation: "Other companies benefited from forced labor; Quandt, for example, which commissioned an independent investigation into its past following a documentary. Volkswagen ... has also taken steps to address its past by opening a memorial dedicated to its World War II forced workers."

The issue of forced labor, which has long been an open secret in Germany, has in recent years been increasingly discussed in the public sphere, in particular by the remaining direct victims of Nazi crimes.

In the Bahlsen case, outrage is palpable: On social media, many have called for a boycott of Bahlsen products and for Verena Bahlsen to do a year of civil service so as to gain a better understanding of her country's history. The case comes as recent studies have indicated that young people in Germany, Austria, and across Europe have remarkably little awareness of the Holocaust and the Nazi era.

In 2018, the University of Bielefeld conducted a survey on how Germany remembered its wartime past. Sixty-nine percent of those surveyed denied any involvement of their ancestors in Nazi activities. To the question whether people surveyed felt a moral responsibility for Germany’s crimes, even without having been personally involved in the Holocaust, 11% answered positively, while 56% strongly disagreed.

Yet 93% of the surveyed people considered that historical awareness of Nazi crimes was an important component in school curricula. Finally, according to the study, only 4% of Germans aged between 16 and 30 have personally known someone who was a direct witness to World War II.

Today's leaders should be 'better informed'

With the inescapable disappearance of the last direct witnesses of World War II comes the risk of indifference for a younger generation that feels detached from the past. Yet the documentation center's Glauning is hopeful: "We welcome visitors from all over the world, including young people. Even if they don’t necessarily know a lot about it prior to their visit ... they are often impressed by how widespread forced labor was." Regarding the Bahlsen case, Glauning made clear that ignorance is not an excuse: "People in her position could get better informed, especially on the everyday living and working conditions endured by forced laborers." 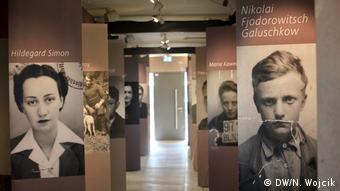 Since Verena Bahlsen's comments, the Bahlsen factory released an apologetic statement in which it acknowledges its responsibility:

"The company is aware of the great grief and injustice suffered by forced laborers and so many other people then and herein recognizes its histo­rical and moral respon­si­bi­lity. It [Bahlsen] will have the history of the forced laborers at Bahlsen rese­ar­ched even more fully by inde­pen­dent histo­rians and published."

On Wednesday afternoon, Verena Bahlsen finally issued a personal apology: "It was a mistake to amplify this debate with thoughtless responses. I apologize for that. (...) Nothing could be further from my mind than downplaying National Socialism or its consequences." She also acknowledged her need to learn more about the history of the family business.

A report found that the Reimann family, owners of Krispy Kreme and Dr. Pepper, were avowed Nazis and used forced labor in their factories during World War II. "These crimes are disgusting," a family spokesman said. (25.03.2019)

A new location has been found for a renowned sausage museum after widespread anger at plans to shift it to the site of a Nazi concentration camp. The museum is a major tourist drawing card in the region. (01.03.2019)