A new location has been found for a renowned sausage museum after widespread anger at plans to shift it to the site of a Nazi concentration camp. The museum is a major tourist drawing card in the region. 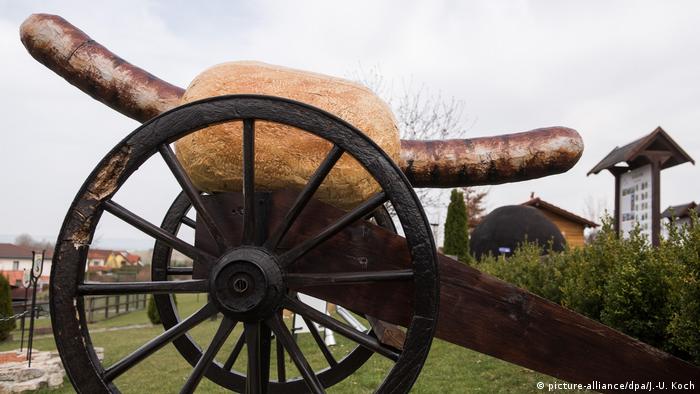 Councilors in the central German city of Mühlhausen have decided on a new location for a sausage museum after original plans to move it to the site of an annex to the notorious Buchenwald concentration camp met with outrage in several quarters.

The new site, though only a stone's throw from the first, is reportedly free of any troubled historical associations, Germany's dpa news agency reported.

The German Sausage Museum, currently located in the nearby town of Holzhausen, is a major tourist attraction that reflects the long history of sausage in the state of Thuringia, where both towns are situated. The museum is to be moved because of growing visitor numbers.

The originally planned location was where hundreds of female Jewish forced laborers from Poland and Hungary were incarcerated under the Nazi regime during the last two years of World War II. Many of those imprisoned at the Martha II concentration camp in Mühlhausen were later transferred to the Bergen-Belsen concentration camp, where a large number died of starvation or illness under atrocious conditions.

The original plan had been criticized from many sides, notably by Jewish representatives.

The president of the Jewish Community of Thuringia, Reinhard Schramm, spoke of a "total lack of sensitivity," while Josef Schuster, president of the Central Council of Jews in Germany, described the first plan to the German news agency DPA as "insensitive and historically ignorant."

A statement on the museum's website at the start of February apologized to "all those who saw our actions as downplaying or relativizing the crimes of National Socialism."

The museum said that "if we had had all information" about the site earlier, it would not have publicly announced its intention to move.

Thuringian sausage, known locally as "Rostbratwurst" or "Roster," made from pork, beef or sometimes veal, dates back several centuries and is seen by Thuringians as a central feature of the region's grill culture. The state's Thüringer Rostbratwurst has also received Protected Geographical Indication status from the European Union, meaning only sausages from the region can use the name.