Media reports have sparked public outrage, leading to a search for a new site. Critics said the initiative showed a lack of historical awareness. 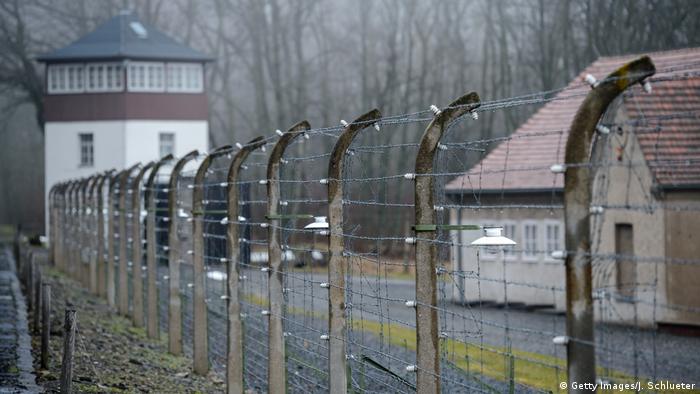 What seemed like a done deal has turned into an uncomfortable public relations situation for the German city of Mühlhausen, a private investor and an association known as "Friends of the Thuringian Sausage."

On Thursday evening the Mühlhausen city council overwhelmingly approved rezoning of the site of an annex to the Buchenwald concentration camp, known as "Martha II," for use by the investor as the new home of the German Sausage Museum.

The museum is currently located in nearby Holzhausen, but developers want to expand the business, adding a theater, hotel and other attractions.

Some 700 Polish and Hungarian women were incarcerated at the Martha II site between September 1944 and February 1945, where they worked as forced laborers in a Nazi munitions factory.

Although the city council has known of the plans since 2015, it was not until shortly before Thursday evening's rezoning vote that the project was made public. When media reports pointed to the history of the site, the project suddenly began to get a lot of attention.

'We will definitely not build there'

On Friday, the association released a press statement on its website reading: "Based on the facts that have come to light, we will investigate the historical background in the coming days, and, involving everyone responsible and taking into account public opinion, will carry out a completely new assessment."

Later in the day, the association's chairman, Uwe Keith, told the German tabloid Bild: "After researching records at the city archive we realized that the original building plans are identical to the structure on the site. We will definitely not build there. The investor and the city of Mühlhausen are still in the race."

On Friday, Thuringia's minister of culture and head of the State Chancellery, Benjamin-Immanuel Hoff, announced that he had met with Mayor Johannes Bruns, and that the two wanted to work to raise awareness of the history of the Martha II site.

Hoff also wrote, "There can be no doubt about the suffering of those interned at Nazi concentration camps, nor with the inhumanity of the forced-labor system." He also stated that he and the mayor were in agreement that the site was "inappropriate" for the project's purposes.

Reinhard Schramm, president of the Jewish Community of Thuringia, said the atmosphere in Mühlhausen has been good to date, pointing out that the city's synagogue is a place of shared experience, but he also noted that he was "shocked and irritated by the total lack of sensitivity" regarding the sausage museum project. Schramm said, "Together, we should try to find a different site."

The entire episode has raised many questions about insensitivity and a lack of historical awareness. On Friday, Josef Schuster, president of the Central Council of Jews in Germany, told the German news agency DPA, "Although I understand the desire to create tourist attractions, such an insensitive and historically ignorant decision is simply incomprehensible."