A report found that the Reimann family, owners of Krispy Kreme and Dr. Pepper, were avowed Nazis and used forced labor in their factories during World War II. "These crimes are disgusting," a family spokesman said. 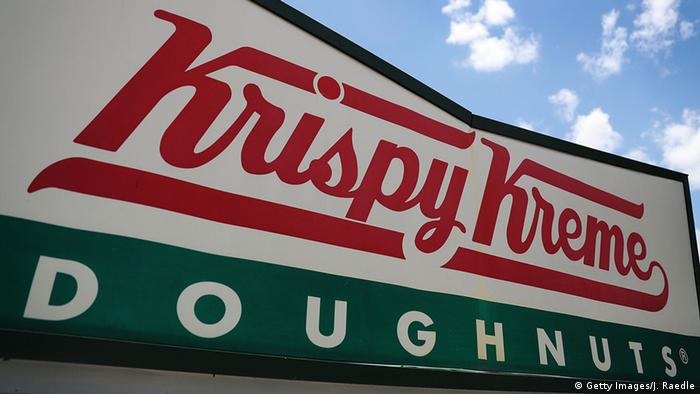 One of Germany's richest families has said they will donate $11 million (€9.7 million) to charity after learning the extent of their family's ties to the Nazi regime, according to a report by the mass-circulation Bild am Sonntag newspaper.

The Reimann family's JAB Holding Company owns a controlling interest in several major brands, including Panera Bread and Krispy Kreme Doughnuts, among others.

What the report revealed:

The report focused on Albert Reimann Sr. and Albert Reimann Jr. and their industrial chemicals company in the city of Ludwigshafen during the Nazi era, and found that:

"My Grandfather Was a Nazi"

'They belonged in prison'

Peter Harf, the family's spokesman and a managing partner of JAB Holding Company, confirmed the Bild am Sonntag report.

"Reimann Sr. and Reimann Jr. were guilty. The two businessmen have passed away, but they actually belonged in prison," Harf told Bild.

He added that the family had commissioned its own investigation into its Nazi past three years ago and that he and the family "were speechless" when the preliminary results were recently revealed to them.

"We were ashamed and white as sheets. There is nothing to gloss over. These crimes are disgusting."

How much did the family know? Reimann Sr. and Reimann Jr., who died in 1954 and 1984, did not talk about their Nazi past, according to Harf. The family believed a 1978 report had revealed all of the company's ties to the Nazis.

The younger generation of the Reimann family, however, began to ask questions after reading old family documents and commissioned a historian at the University of Munich to examine the family's history more thoroughly.

What the family plans to do next: The Reimann family has not yet named which charity it has chosen to receive the donation. The family's spokesman has also said that once the report is complete, the family intends to make it available to the public.

Every evening, DW's editors send out a selection of the day's hard news and quality feature journalism. You can sign up to receive it here.

Fewer than half of Germans worry that the crimes of the Holocaust could be repeated. A recent study reveals the importance of historical sites of tragedy and atrocity to Germans' collective memory of the Nazi era. (13.02.2018)

A Constance Carnival club has dissociated itself from songs by a deceased composer after a probe into his Nazi past. Some pub-goers, however, are sticking to his melodies despite the recent disclosures. (28.02.2019)