A Constance Carnival club has dissociated itself from songs by a deceased composer after a probe into his Nazi past. Some pub-goers, however, are sticking to his melodies despite the recent disclosures. 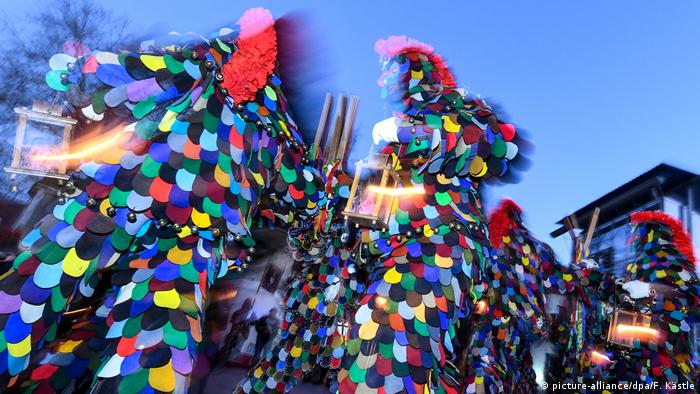 Germany's southern lake city of Constance debated its Carnival festivities on Thursday after a local club's decision to rid itself of once popular songs composed by Willi Hermann, a resident who died in 1977 and was recently exposed as a fervent Nazi linked to a World War II massacre of Italians in Greece.

Klöcker documented Hermann's role as a former Nazi school-sector propagandist and then soldier implicated in a Wehrmacht massacre of surrendering Italian soldiers on the Greek island of Cephalonia in September 1943. 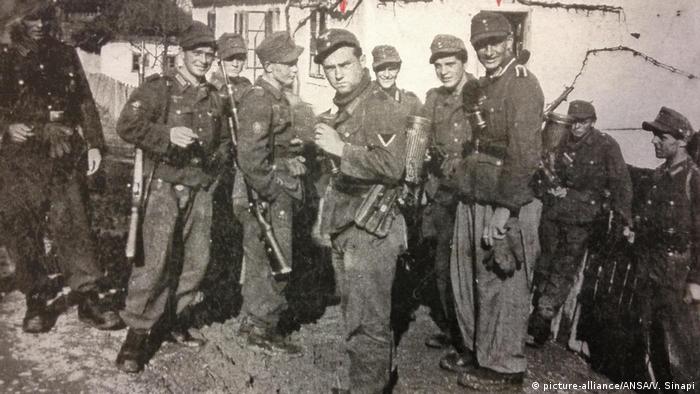 Cephalonia 1943: A photo of Wehrmacht soldiers submitted to an Italian trial in 2013

Released from post-war detention in 1949, Hermann became an obscure textile industry worker but reemerged locally as an eloquent orator during Carnival — known across southern Germany as Fasnacht — and composer of some 40 songs, including one depicting Lake Constance as a lake full of regional wine.

"We won't sing them any more; we won't perform them [on stage]. It's been 70 years of wanting to keep quiet, and we want to expose that," said Böhler.

Several hundred local online petitioners, however, sought during February to differentiate between the historical person Hermann and his repertoire of songs "sung for decades at Constance's Fasnacht" in what is now Baden-Württemberg state.

Last September, Engelsing told the Südkurier newspaper that this bid to separate a person's life and works had also been used by apologists "again and again," in reference to composer Richard Wagner and his anti-Semitism.

Klöcker told DLF that Hermann, originally from Stochach, a town just north of Constance, had begun his Nazi career in the then-Baden Gau [region] as a propagandist.

"It was about blood and soil ... He [Hermann] played a decisive role in supporting and formulating the ideology of National Socialism in Baden," Klöcker told DLF.

By September 1943, Hermann was stationed as a Wehrmacht soldier on the Greek island of Cephalonia, where both German and Italian units were located.

Italy, which had previously been allied with Nazi Germany under dictator Benito Mussolini, had just surrendered under the so-calledCassibile Armistice treaty that was signed with Allied commanders on Sicily and made public on September 8, 1943.

Two weeks later on Cephalonia, 12,000 Italian troops keen to return home by ship instead ended up battling reinforced German Wehrmacht units, who were ordered not to take prisoners over Italy's defection from its previous pact with Hitler-led Germany.

Between 2,500 and 5,000 Italian soldiers, many who had just surrendered, were gunned down by German mountain infantry troops, according to a Spiegel magazine dossier published last September.

Hermann 'in the midst'

Klöckner told DLF: "He [Hermann] was right in the midst of the fighting. Under present-day terms, he would have been indicted for aiding and abetting murder. We must be aware of this."

In similar coverage, the Stuttgarter Zeitung newspaper last August reported that during German post-war investigations in the 1960s, Hermann claimed his unit was coerced by the German mountain infantry on its flanks into approaching the Italians but "could no longer remember shootings."

Asked about the several hundred Constance residents who, according to DLF, were still loyal to Hermann's songs, Böhler said his club had made its decision but could not enforce a general prohibition.

Everyone had to ask him or herself, said Böhler, "whether I can live with the fact that someone is jointly responsible for 5,000 shootings on Cephalonia and still continue to sing his songs, or I just cannot do so, as we have decided."

In 2013, an Italian military court convicted in absentia another former Wehrmacht soldier, Alfred Stork, over his role in the execution squad shootings of 117 Italian officers on Cephalonia on September 24, 1943.