It takes a long moment for Pippito rattle off her full name. This is not only true in English, but in each of the over 70 languages into which Pippi's adventures have been translated to date.

Pippi is still very popular in Germany, according to the books' Hamburg-based publisher, Oetinger. About 8.6 million Pippi Longstocking books have been sold in Germany since 1949, from a total of about 70 million worldwide.

In Sweden back in 1941, Astrid Lindgren sat beside her little daughter Karin who was sick in bed. Karin asked for a story about... "Pippi Longstocking" — that was the name the girl came up with. So, her mother Astrid invented a red-headed little girl with freckles and two stiff braids, whose mother is an angel and whose father is a king of the South Seas, and who lives in a house named Villa Villekulla with Mr. Nilsson, the monkey, and a horse. Three years later, Astrid Lindgren jotted down the Pippi stories and sent them to a publisher, allegedly with the words: "In the hope that you will not alert the Youth Welfare Office." The rejection was prompt. 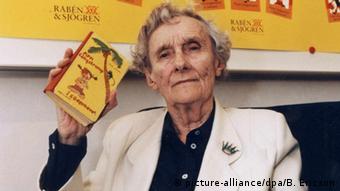 Love her or hate her

In 1945, Astrid Lindgren entered a slightly modified manuscript of Pippi's adventures in a children's book competition by publisher Raben & Sjogren's — and won first prize. Christmas 1945 saw the publication of Pippi Longstocking that went on to become a children's book classic.

Initially, however, Pippi was the subject of debate, at least among adults. Critics argued that this 9-year-old with the strength of a giant, who lived alone in a mansion and did whatever she wanted, could be a bad role model for children. They felt her language was sloppy and vulgar, and the book demoralizing. "No normal child eats a whole cream cake or walks barefoot on sugar," wrote John Landquist, a well-respected professor, in the Swedish newspaper Aftonbladet.  "Both are reminiscent of the imagination of a madman." He said Astrid Lindgrenlacked talent and was uncivilized, while the character Pippi was abnormal and pathological.

It's never boring with Pippi

But Pippi's popularity, especially with children, proved her creator right. Astrid Anna Emilia Lindgren's stories of Bullerby, about everyday heroes like Kalle Blomquist, Karlsson on the Roof and Emil of Lönneberga, turned her into one of world's best-known author of books for children and young people to this day.

Her works have been published in over 100 languages with a sale of around 165 million books worldwide. Before Astrid Lindgren died in 2002 at the age of 95, more than 40 films with seven different Pippi actresses were made in Sweden alone. The literary character Pippi Longstocking is now 75 years old. 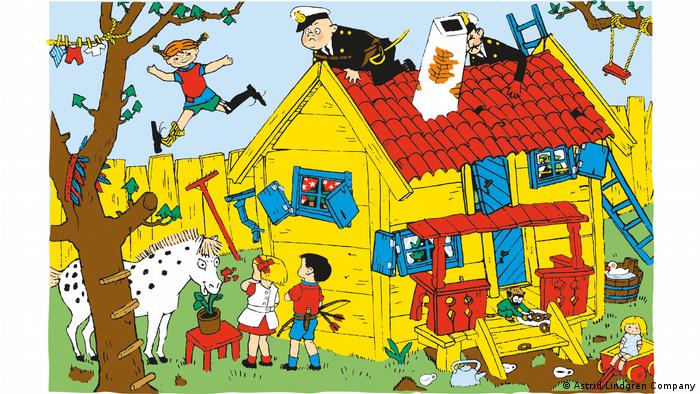 But what do people find in this girl, who is unusual in every respect? Following Pippi's move into Villa Villekulla, the neighborhood children Annika and Tommy are no longer bored either. Because with Pippi you can play wonderfully, pretending for example that you're a "thing-searcher." Pippi explains what that is to her friends: "Someone who finds things, you know? What else could it be? The whole world is full of things, and it's really necessary for someone to find them. And that's what people do. They find things." Pippi doesn't go to school because, let's face it, "Who needs pluttification?'"

"Pippi Longstocking is a true children's heroine," says Münster-based psychology professor Alfred Gebert. "Especially girls can identify with her. Because Pippi is strong, cheeky and helpful. She lives alone in a big villa, does not go to school and can still achieve everything she wants." Pippi gets along very well alone — or at least almost, because her friends play an important role in her life. "Anyone who had Pippi Longstocking as a child heroine will probably be able to stand up well against men in their profession and do everything for their friends," Gebert surmised in an interview with the newspaper BILD. 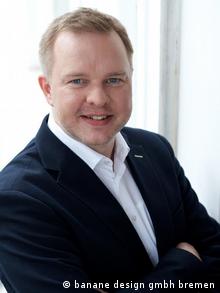 The Berlin-based developmental psychologist Herbert Scheithauer takes a similar view: "Pippi Longstocking is all about observing and not observing rules, about human strengths and weaknesses — and about friendship. Smaller children in particular can identify well with Pippi, but at the same time distance themselves from her. Another attraction of the Pippi stories lies in the reversal of the balance of power between adults and children," Scheithauer told German public broadcaster Deutschlandfunk. That renders Pippi Longstocking rather "timeless."

A recipe for life

Pippi embodies everything that children want for their own lives, says Kiel-based child psychologist Svenja Lüthge — self-determination, adventure, superpowers. "Children need heroes like Pippi Longstocking; they gain strength from them." The somewhat chaotic Pippi can give support to particularly insecure children. "Pippi has a recipe for life," Lüthge said in an article in the daily newspaper Die Welt. "She is on par with adults and even dares to play practical jokes on teachers and policemen." At the same time, Pippi has an unerring sense of justice and a big heart for the feeble-hearted. "This makes her an ideal role model for children." 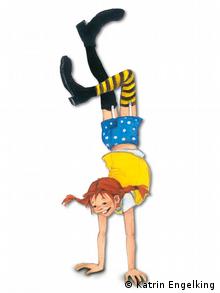 Doesn't it bother anyone that Pippi is one of the most unrealistic Astrid Lindgren characters? "On the contrary," the Hanover-based child psychologist Wolfgang Bergmann, author of the book "Erziehen im Informationszeitalter" (Raising Children in the Information Age), also told Die Welt. "Children love the supernatural qualities of their heroes. You can see that in the figure of Harry Potter."

That's how Astrid Lindgren stimulates her little readers' imaginations in terms of proper behavior and experiencing things. But after a lot of playing around with crazy ideas, she gently guides the children back to the real world, Bergmann believes. "Sigmund Freud already knew how good it feels when the ego ideal and the ego are reconciled — then the soul rejoices. "

The Pippi stories are still such a celebration today — for children and adults alike. In Sweden, at any rate, Pippi's 75th anniversary will be celebrated on May 21, 2020, the birthday of Astrid Lindgren's daughter Karin Nyman.

The world's largest children's library is in Munich. The International Youth Library was founded by a Jewish writer shortly after the end of WWII as a "harbinger of peace." (20.09.2019)

The world's best-known cheeky redhead is turning 70. Astrid Lindgren's creation, Pippi Longstocking, has been a role model for decades, but how much longer will she survive? (26.11.2015)

The Astrid Lindgren Memorial Award, the world's highest distinction for literature geared toward children and young people, is awarded to Wolf Erlbruch, a German illustrator and author of children's books. (29.05.2017)