India's 'love jihad'- Are women being recruited for 'Islamic State'?

Controversy has broken out over an Indian anti-terror body's investigation of inter-faith marriages for "love jihad." There are claims that women are being lured to join terror outfits. Murali Krishnan reports. 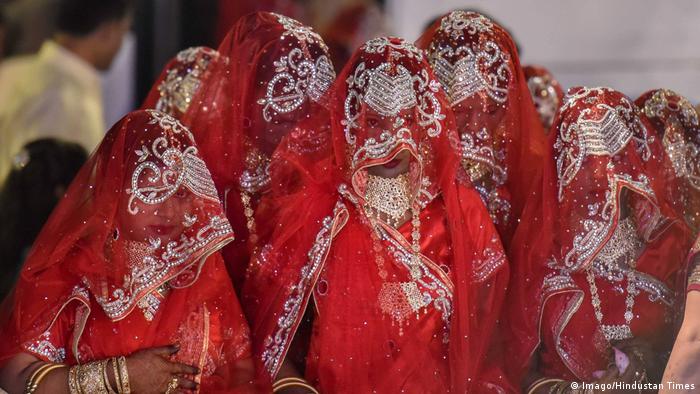 India's federal anti-terrorism agency, the National Investigation Agency (NIA), recently informed India's Supreme Court that it was scrutinizing 90 cases in the southern state of Kerala where Hindu women were allegedly lured or forced to convert to Islam and marry Muslim men over the last two years.

The NIA also said it has a mandate to establish if there are organized groups preying on vulnerable Hindu women to recruit them as terrorists.

Read more: The thuggery of 'anti-Romeo' squads causes a stir in India

The NIA's action comes amid the high-profile case of 24-year-old Akhila Ashokan, who converted to Islam from Hinduism after marrying Shafin Jahan, a Muslim man, in December 2016. After she was married, she changed her name to Hadiya.

Hadiya's marriage was subsequently annulled, at the request her Hindu father, by the Kerala High Court. She was ordered to return to live with her parents, where she has been confined while her husband appeals against the annulment.

Now, her case has reached the top echelons of the Indian judiciary, sparking debates on jurisdiction and power of the courts in the personal lives of adults. Hadiya has been asked to appear personally and explain whether her conversion to Islam and marriage to Jahan was of her own volition.

Marriage as a terrorist threat?

"This move is nothing but a deliberate attempt to sow division and hatred for the sake of votes. This is a hate tool used by rabid Hindu right-wingers to polarize the two communities and spread falsehood and hatred," Fuad Halim from the Communist Party of India (Marxist), told DW. His party is in power in Kerala.

The NIA, on the other hand, believes it has found a pattern among young Hindu girls who are being brainwashed to convert to Islam and marry Muslims for other motives.

"This is nothing but psychological kidnapping. We have managed to get examples of similar cases of indoctrination and radicalization in Kerala," a top official of the NIA told DW, requesting anonymity as he was not authorized to speak.

So far, the agency has recorded statements from two Hindu girls, who alleged they were lured into converting to Islam. One said she was influenced by a video of controversial Islamic preacher Zakir Naik. In both the cases, the NIA suspects the role of the radical Muslim outfit Popular Front of India (PFI) and its political arm, the Social Democratic Party of India (SDPI). India's home ministry is still mulling whether to ban it as an "unlawful association" or a "terrorist" outfit.

"We are probing the role played by the president of PFI's women's wing, the National Women's Front, who we think is mentoring these vulnerable girls," said the official.

The agency will need to find evidence that a religious conversion was taking place, with an eventual intent for terrorist training, in order for an investigation to stand up to judicial scrutiny. 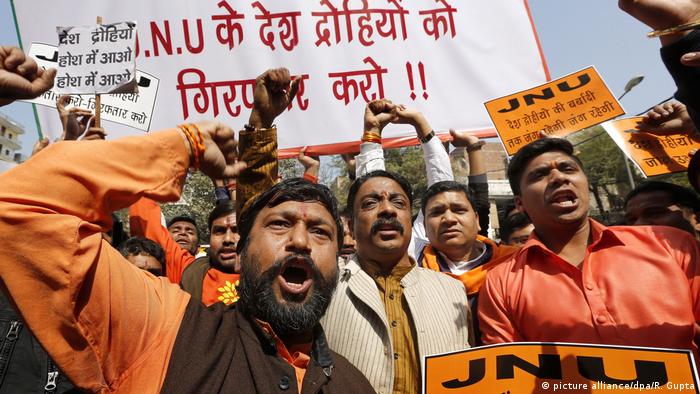 What is 'love jihad?'

Right-wing Hindu organizations have called the trend of converting Hindu women to Islam, "love jihad." They allege that Muslim men trap Hindu women into marriage, forcing them to convert to Islam and then dumping them after they produce a number of children.

In the context of Kerala, they allege further that the girls are being sent to fight for the self-styled "Islamic State" (IS) group. The ruling Bharatiya Janata Party (BJP), which is seeking to gain a political foothold in the state, is also backing this claim.

The origins of term "love jihad" date back several years, when rumors of the trend began spreading in southern India. Quickly, however, it became clear that many of the women in question had converted to Islam voluntarily, but Hindu politicians have used the stories to incite fear.

Reactions have been diverse. While feminists and rights activists have expressed shock at this kind of branding, the BJP has been vocal in demanding that the state government cracks down on so-called "anti-social elements."

"I find this word love jihad so derogatory. One must understand that it is Hadiya's freedom to choose and her physical freedom has now been curtailed. She is effectively a prisoner at her father's house right now," writer and activist Sadia Dehlvi told DW.

"This is nothing but a political gimmick. The BJP is using fear of forced conversions to drum up support and create a further atmosphere of insecurity among Muslims," lawyer Seema Misra told DW.

Kerala has been in the eye of controversy since last year when a 21-member group mysteriously left their respective hometowns to join IS. The group included six women and three children and police say that three of the youth died fighting for IS in Afghanistan and Syria.

All eyes will be on the Supreme Court when Hadiya makes her appearance later this month to say whether her marriage occurred with her consent. Tensions between Muslims and Hindus are already rising in Kerala, and some fear rumors could lead to religious violence.

India's top court has ruled that intercourse with a minor wife is illegal. There are an estimated 23 million child brides in India. (11.10.2017)