India′s digital rules trigger fears of curbs on free speech, media freedom | Asia | An in-depth look at news from across the continent | DW | 16.03.2021 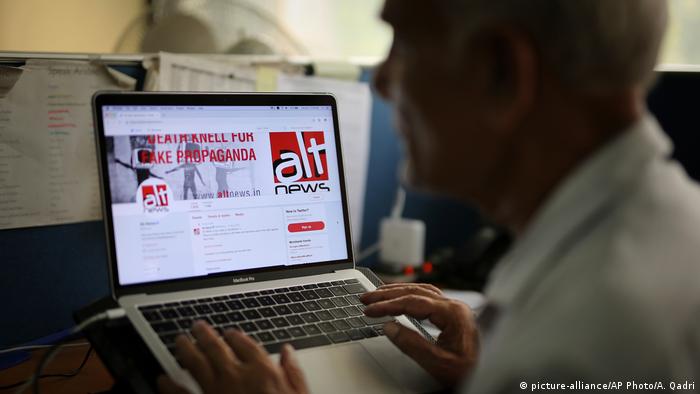 The Indian government last month unveiled a new set of measures to regulate social media networks, streaming services and digital news outlets. The new rules allow authorities to order not only tech firms like Facebook and Netflix to take down content, but also news websites.

The rules impose a three-tier regulatory mechanism, requiring a grievance officer to resolve complaints and a government panel to have broad oversight. The most senior government official in the Information and Broadcasting Ministry will also have emergency powers to order content be blocked.

"This goes against the constitutional guarantees of press freedom. The government's new IT rules seek to dictate content to digital news media platforms and need to be struck down," M K Venu, co-founder of news website The Wire, told DW. Its publisher has challenged the regulation in the Delhi High Court.

India's new rules for online platforms get likes and dislikes

Pavan Duggal, a cyberlaw expert, told DW that there will be more legal challenges.

"I think the government is trying to bite off more than it can chew. Surely there will be more legal challenges when the rules have the effect of surpassing what the IT Act is trying to regulate," he said.

LiveLaw, a legal news website, has challenged the rules in the Kerala High Court, which last week said no coercive action should be taken against the website for non-compliance.

The LiveLaw petition says the government's move imposes a disproportionately onerous set of administrative regulations upon digital news media, which will make it virtually impossible for small or medium-sized publishers to function.

"These rules are a clear illustration of a desire of the government to control the online conversation. And this is coming at the cost of increasing political control, chilling our voices online and hurting individual privacy," Apar Gupta, executive director of the Internet Freedom Foundation, told DW. 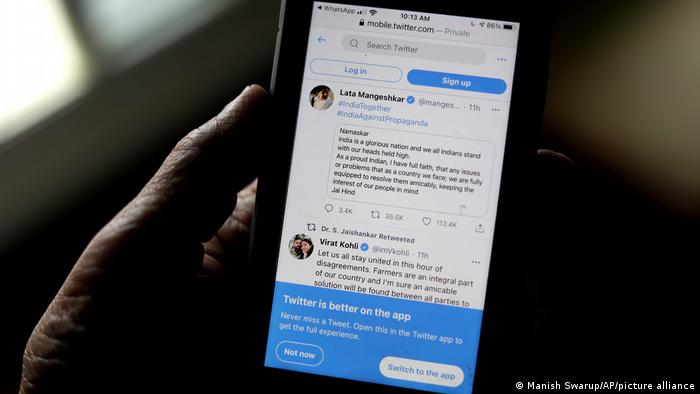 Tension between government and digital platforms

The Indian government says the new rules are aimed at achieving parity between digital media and print and TV news regulations, but critics have long accused Modi's government of clamping down on free speech and silencing opponents in the world's largest democracy.

US think tank Freedom House recently said Modi and his party are driving India toward "authoritarianism."

Twitter recently suspended hundreds of accounts in India at the request of the government, which has been trying to contain farmers' protests by clamping down on demonstrators' online activity.

But the company stopped short of complying with demands to block accounts that belonged to activists, politicians and journalists, arguing that such a move would "violate their fundamental right to free expression under Indian law."

Twitter's decision to not remove certain accounts has unnerved the government, which has served the company with a noncompliance notice and threatened its officials with a fine and imprisonment of up to seven years for violating the order.

A member of India's ruling party's youth wing last year lodged a police complaint against Netflix objecting to scenes in the series "A Suitable Boy" showing a Hindu girl kissing a Muslim boy against the backdrop of a Hindu temple. 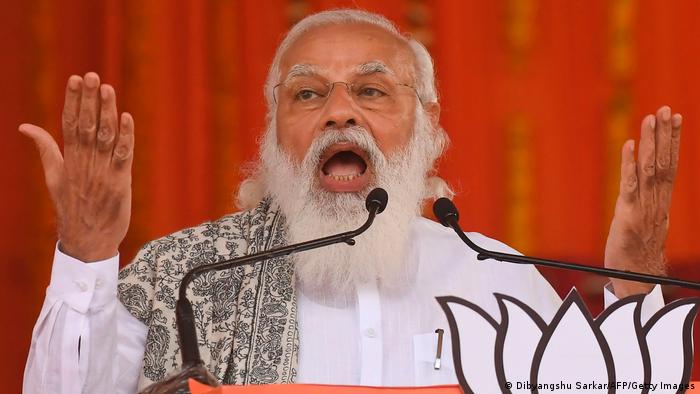 Industry executives and rights activists say such complaints go against freedom of speech and expression in the country.

"These proposed rules for digital news platforms are arbitrary and problematic. You cannot have a government body remove content which it perceives as problematic," Prasanth Sugathan, legal director of the Software Freedom Law Center, a Delhi-based digital rights group, told DW.

Last week, Information and Broadcasting Minister Javadekar said on Twitter that a group representing leading newspapers and TV channels had welcomed the new regulation and asked that their members "be treated differently" from digital-only news publishers.

That has drawn criticism from some smaller digital news outlets, which have questioned why they are being ignored while seeking exemptions.