People in India are dealing with another blow to their health, brought on by the coronavirus pandemic. Some experts think this crisis might outlast the virus. 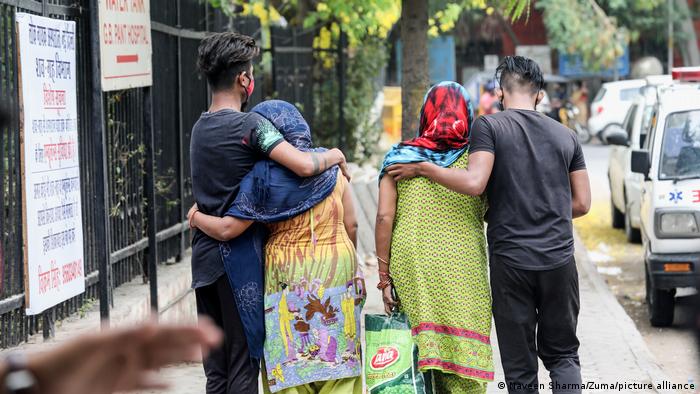 The coronavirus pandemic is causing a mental health crisis in India

Indians are facing a second health crisis brought on by the coronavirus pandemic. Fear and anxiety about the disease and the overwhelmed healthcare system has spread through the population, causing a decline in mental health throughout the country.

"The impact of COVID-19 has not just been the obvious physical one. It is surrounded by pain, death and isolation. It is having a huge impact on people's mental health too," N V Ashwini, founder of Bangalore-based charity Muktha Foundation, told DW.

Senior citizens, one of the groups most at-risk from coronavirus, have seen their mental health deteriorate significantly in the past months.

"There has been an increase of over 50% among senior citizens when it comes to mental health disorders," India-based non-governmental organization Agewell Foundation for elderly people told DW. This included: "anxiety, sleeplessness, nightmares, depression as well as weakness and fatigue."

The organization held conversations with around 5,000 elderly people in India in April. Of these, around 63% reported developing symptoms of depression. This was in part due to loneliness and social isolation caused by restrictions brought in to curb the spread of the virus.

It is not just the elderly who are suffering. Young people have lost jobs and employment opportunities. They have also seen their education and training disrupted. "The long-term impact of the pandemic will be very severe and take a long time to fix. The proportion of young workers affected by the crisis appears to be even higher," Mahesh Vyas, the CEO of the Center for Monitoring the Indian Economy, told DW.

Unable to cope with the immense stress of working amid the pandemic, frontline health workers and doctors have also taken their own lives. Many have to contend with stigma from their community and family as well as their own concerns about getting infected.

A doctor at a private hospital in India's capital city Delhi took his own life in early May this year. It became a high-profile incident as the doctor had saved hundreds of lives in April but developed depression in the face of rising numbers of coronavirus deaths.

Haunted by the sound of heart rate monitors

"Doctors are working without a break and under stressful conditions and this is having an impact on their own mental health," former chief of the Indian Medical Association (IMA) Ravi Wankhedkar told DW.

India was struggling with a mental health crisis even prior to the pandemic.

India's suicide mortality rate was the highest in the world, reporting about 381 suicides daily in 2019, according to a report by the National Crime Records Bureau. This was an increase of nearly 3.4% suicide deaths as compared to 2018.

The country also reported a large number of people diagnosed with a mental illness.

In 2017, over 197 million people in India had a diagnosed mental disorder out of a population of 1.3 billion. This included 45.7 million people with depressive disorders and 44.9 million with anxiety disorders, according to a study published in medical journal, the Lancet.

However, the pandemic appears to have exacerbated the number of people. There are growing concerns that India's mental health provision is not adequately equipped to cope with a widespread mental health crisis. 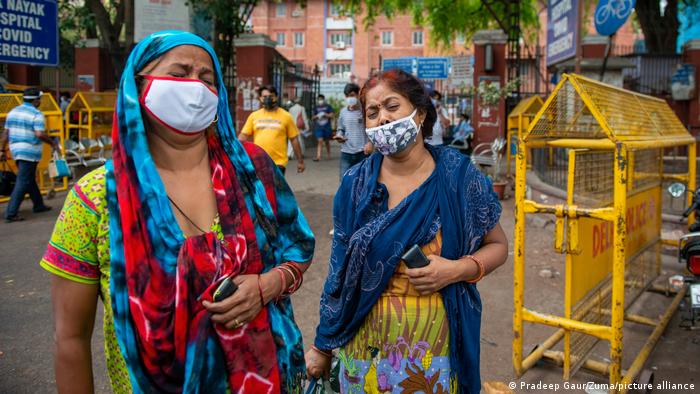 The industrial town of Jamshedpur in eastern Jharkhand state reported an unusually high number of over 100 suicides in the past four months alone. Health officials attributed these deaths to anxiety and depression linked to the ongoing coronavirus pandemic.

During the deadly second wave, suicide helplines across the country have been overwhelmed by calls from those whose lives have been affected.

"The calls have gone up three or four times more in the last three months. Right now, people are numbed by bereavement and are helpless. Some are experiencing collective grief. It will all come out and there is bound to be blowback in a few months," Nelson Vinod Moses of the Suicide Prevention India Foundation told DW.

Other mental health professionals agree. They warn the conditions created by the fallout from the pandemic will be a perfect breeding ground for chronic stress, anxiety, depression, alcohol dependence and self-harm.

The government is facing increasing calls to launch a mental health-focused national public health awareness campaign similar to those used to eradicate polio or to combat the spread of the human immunodeficiency virus, HIV.

"The big question is whether India's healthcare system remains prepared to tackle the mental consequences of the disease," Moses said.

"This underreported crisis has come to the fore. It will only lessen if we have proper community-based care that can be provided at all levels," Moses advised.

If you are having suicidal thoughts or are thinking about hurting yourself, please seek professional help. You can find information on where to find such help, no matter where you are in the world, at  www.befrienders.org.