The controversial laws are aimed at reforming India's agriculture sector and allowing farmers to market their produce. Opposition parties say the new bills could lead to the exploitation of farmers by big corporations. 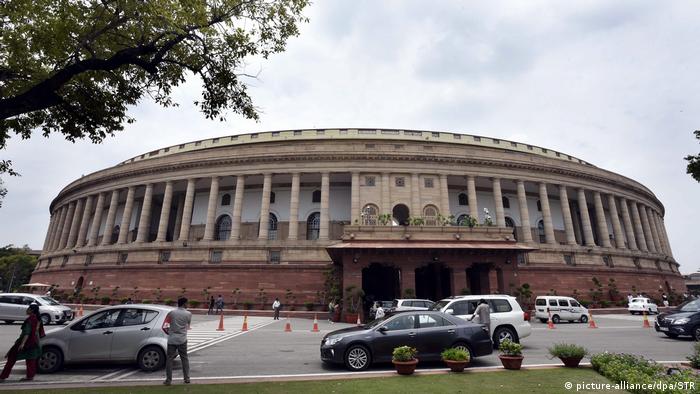 Agriculture Minister Narendra Singh Tomar said the legislation would reform India's deeply stressed agriculture sector and will give farmers the freedom to market their produce. The government hopes that its new policy will double farmers' income by 2022.

A third bill, which is part of the overall farm liberalization plan, could not be taken up because the upper house adjourned for the day amid opposition protests.

The passed bills will have to be signed by India's ceremonial president, a formality before becoming law.

Rahul Gandhi, the leader of India's main opposition party, the Indian National Congress, accused PM Modi of making farmers "slaves" of the capitalists in a tweet.

Participating in the parliamentary debate, former Prime Minister HD Deve Gowda, asked Modi to explain the short- and long-term impact of the bills on farmers.

"The prime minister should explain why there's a hurry to pass the bills amid the pandemic," he said. Modi should "explain how it will help in achieving the government's goal of doubling farmers' income," he added.

Even some government allies dubbed the bills "anti-farmer."

On Thursday, Shiromani Akali Dal party lawmaker Harsimrat Kaur resigned as minister for food processing in protest against the bills.