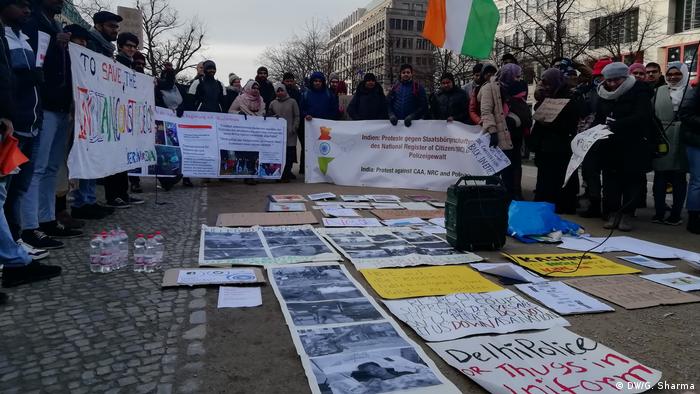 For years, Munich-born Saboura Manpreet Naqshband had felt safe and comfortable in India. Having spent time living there, it was a feeling she didn't always experience in her country of birth.

"My mum is a Muslim from south India and my dad is Sikh from north India and they were economic migrants to Germany in the late 70s. We're a small community in Germany, and really invisible in the German cultural sphere and the public eye."

Yet amid developments in recent weeks, Naqshband has been feeling differently about India, and is growing increasingly concerned for her family members — including her maternal grandmother — living in the southeastern state of Pondicherry.

Last month, the ruling Hindu nationalist Bharatiya Janata Party (BJP) passed the Citizenship Amendment Act (CAA), a bill which fast-tracks naturalization of non-Muslim refugees who came to India from neighboring Pakistan, Bangladesh and Afghanistan before 2015. While the bill covers Hindus, Sikhs, Buddhists, Jains, Parsis and Christians in the three countries, it excludes Muslims. The government says the bill will protect persecuted minorities, but critics say it is discriminatory and violates the country's secular constitution. On Wednesday, India's Supreme Court refused to put the CAA law on hold.

The CAA bill follows government plans to implement the National Register of Citizens (NRC), which requires every person in India to provide documentary evidence of their legal right to live in India. Muslims, who make up nearly 15 % of the 1.3 billion population, fear the move is aimed at marginalizing them. Opposition voices, meanwhile, say this is the latest measure in the government's agenda to create a Hindu nation.

"I'm concerned about my family and the potential for uncontrolled violence," says Naqshband, who's based in Berlin. "I was always proud to be South Asian and Muslim, and in Indian culture, there's so much space for pluralism and diversity. But this is now being destroyed by fascism."

Indians in the diaspora speak out 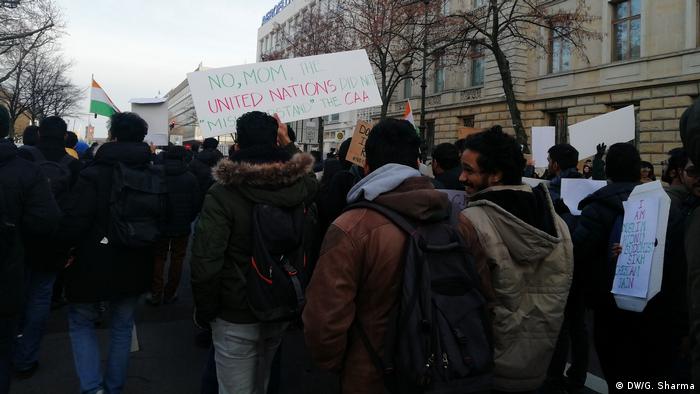 Naqshband, an activist, academic and researcher, is among a growing number of Indians in Germany opposed to the latest measures, such as Harpreet Cholia, a Sikh and President of the Refugee Council of the state of Hesse in Frankfurt am Main. "Not only are the recent developments discriminatory towards Muslims but the CAA is also a divisive law. Although its premise is to protect minority religions in majority Muslim countries, it does not protect all religious minorities. The category of citizenship cannot be be given on grounds of religion."

Kerti P. is a master's student born and raised in Berlin to north Indian parents. She says the implications of the NRC register go beyond religious discrimination.

"This is also about class and gender. With the NRC citizens will have to prove their citizenship or will be rendered stateless, but most rural and poor people don't have those documents. Neither do many women, transgender or queer people. The question is, what is India going to become after the NRC bill is passed?"

The measures have triggered large-scale protests across India, amid reports of police violence in certain states. Videos have emerged showing police in the capital Delhi attacking students, while at least20 anti-CAA protesters were killed in the BJP-led northern state of Uttar Pradesh.

The demonstrations have also spread outside the country to countries such as Germany, which in recent weeks has seen protests in a number of cities, including Hamburg, Munich and Frankfurt. Last Saturday, hundreds of predominantly Indian students marched from Berlin's Brandenburg Gate to the Indian Embassy. Further protests will be held this weekend to coincide with India's Republic Day on Sunday, while plans are underway for a rally at the UN's European headquarters in Geneva on February 1. 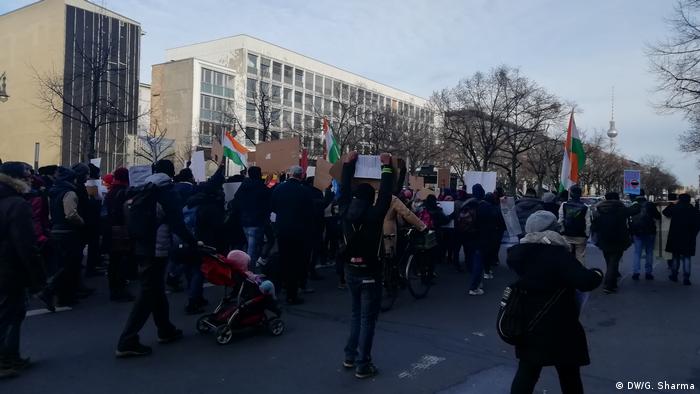 Protesters have been calling for the measures to be halted, and are demanding an end to the violent police crackdown

Ray, who didn't want to give her full name, is one of the student organizers who traveled to Berlin from Cologne. "People are angry with the government. So in that way, the reason for protesting outside of India is the same as protesting inside. But at the same time, we want to bring awareness to the international community. No government, however fascist, likes their activities to be on display on a world stage."

Kerti says she is keen to see more solidarity among German Indians for these protests and the wider issue. "Growing up in Germany, we learned a lot about the rise of the Nazis and the questions in the room were always, how did it get so far? How could so many people be silent about this violence and discrimination towards a set of people? And right now, our generation is at this same point."

Naqshband says she's deeply worried about the recent developments. "I recently read an article about a girl who was wearing a hijab in the same city where my Indian family lives. She was at a university awards ceremony attended by the Indian president and was reportedly asked to leave for wearing a hijab."

That, says Naqshband, is something that hit home particularly for her. "It was a sad story to read and one that I could relate to as I used to wear a hijab in Germany. Muslim communities in Europe have been struggling so much after 9/11 and then for this type of hatred to reach India is just crazy. We are seeing an increase of nationalist and fascist sentiment in India, and none of us can tell which way this will go."

Why is India's government trying to keep activist critics from traveling abroad? 12.04.2022

Indian authorities have used legal pretexts and instructed agencies to obstruct the travel of activists and journalists who criticize the government.

Prices at the pumps have been climbing sharply in India over the last two weeks as international crude oil rates rise. The ongoing crisis in Ukraine, with Russia heavily sanctioned, has caused logistical issues.