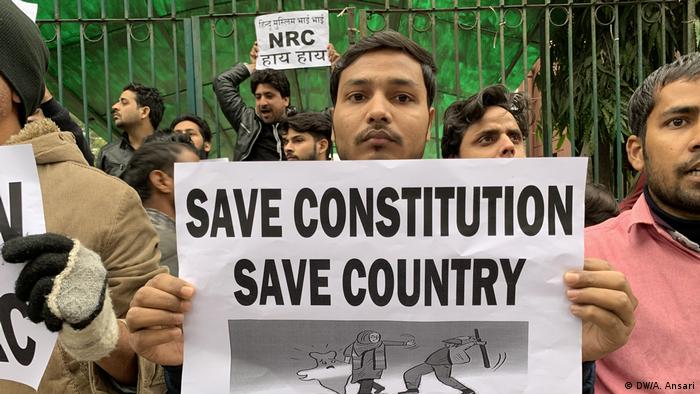 India will not suspend a controversial citizenship law that sparked deadly nationwide protests, despite legal challenges brought by groups that say it discriminates against Muslims.

India's Supreme Court on Wednesday instead gave the Bharatiya Janata Party-led government four weeks to respond to the 144 petitions challenging the constitutional validity of the new citizenship law.

"We will give you four weeks to file a reply to all petitions," Chief Justice Sharad Arvind Bobde told the government's top lawyer. The next hearing will be held in late February.

The law makes it easier for religious minorities to get citizenship in India from the surrounding countries of Bangladesh, Afghanistan and Pakistan, but it excludes Muslim immigrants. It came into effect on January 10 and will continue to be implemented throughout the four-week period.

The top court also said that a constitutional bench of five judges would be needed, instead of the usual three, to decide on the law's constitutionality.

Is the law unconstitutional?

Many of the petitions challenging the CAB were brought by student and civil liberties groups as well as political opponents.

Most of the petitions being heard at the Supreme Court argue that by excluding Muslims, the law undermines the Indian Constitution, which defines the country as secular, and violates Article 14, which guarantees equality before the law.

"If you discriminate on the grounds of religion, that itself is prohibited in the constitution," said Colin Gonsalves, a senior advocate at the Supreme Court of India and founder of the Human Rights Law Network, which filed two of the petitions.

The government maintains the law is not discriminatory. Its legal experts have argued that exceptions in the constitution allow a law to make a reasonable classification if it is not arbitrary and directly relates to the law's objective.

How did civil liberties groups respond?

"We are happy with the court's response; it is up to the government now to clarify things," PK Kunhalikutty of the Indian Union Muslim League (IUML) said.

However, the All Assam Students Union general secretary Lorinjyoti Gogoi told Reuters news agency that "non-violent and democratic protests will continue alongside the legal battle."

India's move to exclude Muslims from seeking a fast track to citizenship is blatantly discriminatory. It will not be long before the fundamental pluralistic character of India is altered, says DW's Debarati Guha. (12.12.2019)