India shocked at journalist's murder on military base

Local Indian reporter Sudip Dutta Bhaumik has been shot and killed by a soldier on a military base. The National Union of Journalists said "democracy is being murdered every day." 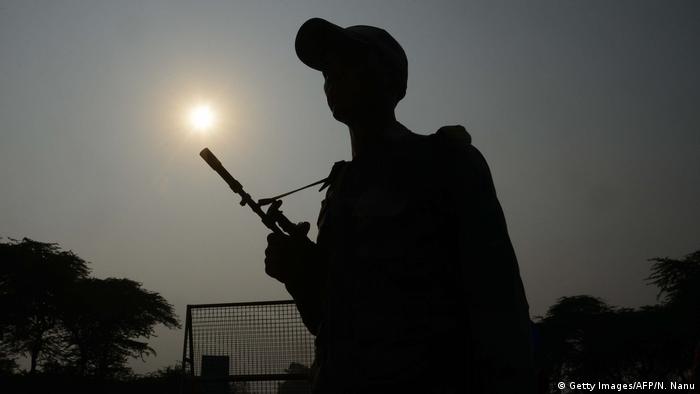 An Indian soldier was shot and killed a journalist at a paramilitary base in the northeastern state of Tripura, police said Wednesday, bringing the number of journalists slain this year to three.

Sudip Dutta Bhaumik, a reporter with the Bengali newspaper Syandan Patrika, had gone to a meeting with the commander of the Second Tripura State Rifles near the state capital of Agartala on Tuesday.

A soldier reportedly opened fire at point blank range after a scuffle ensued inside the office of the commander, local media reported.

The soldier was arrested and is under investigation.

The National Union of Journalists in India (NUJ) condemned the killing.

"Democracy is being murdered every day in the state and NUJ condemned the killing of the journalist and termed it as failure of the administration to give protection to the media persons," said NUJ President Ras Bihari.

The shocking death of Bhaumik comes after another journalist in the state was lynched by a mob on September 20 while covering clashes between police and several tribal militant groups.

Santanu Bhowmik's mutilated body was found a day later. He is believed to have been killed by followers of the Indigenous People's Front of Tripura.

In September, prominent journalist Gauri Lankesh was shot dead in the southern city of Bangalore. The attack was believed to be over her critical views of right-wing Hindus.

Nobody was arrested in that case.

Reporters Without Borders ranked India 136 out of 180 countries in its 2017 World Press Freedom Index.

Among other things, it cited journalists being targeted in smear campaigns by Hindu nationalists, who are often joined by government officials.

It also said local media outlets are often targeted by violence from soldiers with the tacit consent of the government.

Forty-one journalists have been killed in India since 1992, according to the Committee to Project Journalists.

Journalists have condemned the Indian government's decision to ban a news channel for a day over its coverage of a terror attack on an air force base earlier this year. Murali Krishnan reports from New Delhi. (07.11.2016)