India says internet is being restored to Kashmir, but no social media 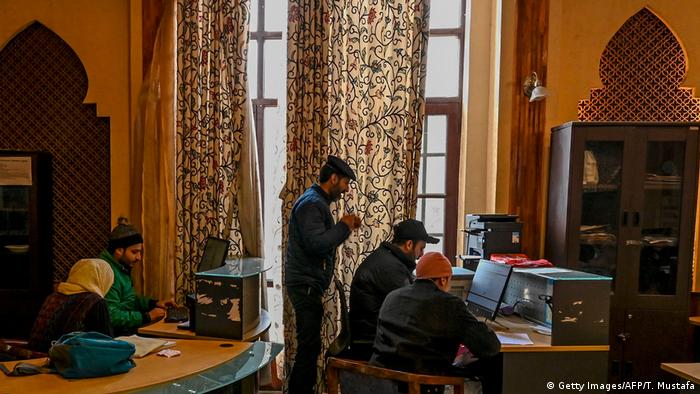 Kashmir is back online, according to Indian officials, following a five-and-a-half-month internet blackout. However, the authorities limited internet traffic to only 301 websites pre-approved by the government and allowed only low-speed 2G connections for mobile users. Starting on Saturday, Kashmiris should have access to Google, Amazon and Netflix, but not to any social media sites that allow "peer-to-peer" communications.

"It's good some internet access has been restored but it's so slow I'm hardly able to access anything and social media is also off-limits," Raashid Ahmad, a university student, told the AFP news agency.

The Indian government imposed the unprecedented blackout during a crackdown in August, when it stripped the Muslim-majority region of its partial autonomy. At the time, the administration of the Jammu and Kashmir territory said that the security forces were worried that the internet could be used to propagate terrorism and incite the locals.

The government soon set up internet kiosks to alleviate the problem, prompting locals to travel to these locations and wait in line for internet access. Some places, such as hospitals, reportedly saw their internet restored earlier in January.

Billions down the drain

The internet ban, which affected around 8 million people, crippled the economy of the Kashmir Valley. Bank payments, tax returns, college admissions and online bookings were all affected.

Kashmir Chamber of Commerce and Industries (KCCI), an influential trade body, estimated that the imposed internet shutdown cost businesses around $2 billion (€1.8 billion) from August 5 to December 3, 2019. Sheikh Ashiq, the president of KCCI, told DW correspondent Gowhar Geelani earlier this month that the economy would take a long time to recover once the blackout was lifted.

Two weeks ago, India's Supreme Court ordered the government to review the internet shutdown and called the freedom of internet access a fundamental right. The judges slammed the ban as an "arbitrary exercise of power."

While announcing the relaxation of the internet block late on Friday, the local government in Jammu and Kashmir said it would look into the restrictions again on January 31.