Kashmir awaits restoration of internet with hope and skepticism | Asia | An in-depth look at news from across the continent | DW | 13.01.2020

Kashmir awaits restoration of internet with hope and skepticism 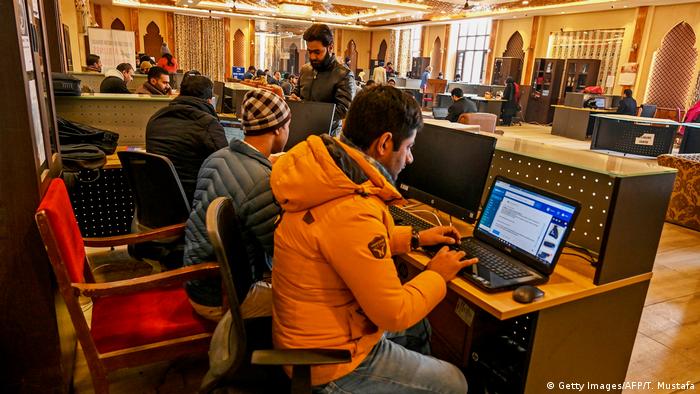 Tariq Ahmad's tourism business has suffered a massive loss of income since an internet blackout was instituted in India-administered Kashmir last August. Ever since, he has not been able to access online booking platforms, contact clients or make payments. The small-business owner wondered how people were supposed to even pay off loans or file tax returns without an internet connection.

"Without the internet, we continue to be cut off from the outside world. There is no way we can upload pictures to our websites or use WhatsApp services to attract visitors," he told DW.

Tariq owns four houseboats anchored in the middle of Dal Lake, a picturesque body of water near the capital Srinagar that lines the foothills of the Zabarvan Mountains. Prior to the internet ban, Tariq said, many foreign tourists from the European Union, Russia and Asia-Pacific countries would occupy all ten rooms on his houseboats.

"Now the world can't find Kashmir on the tourism map," he said. 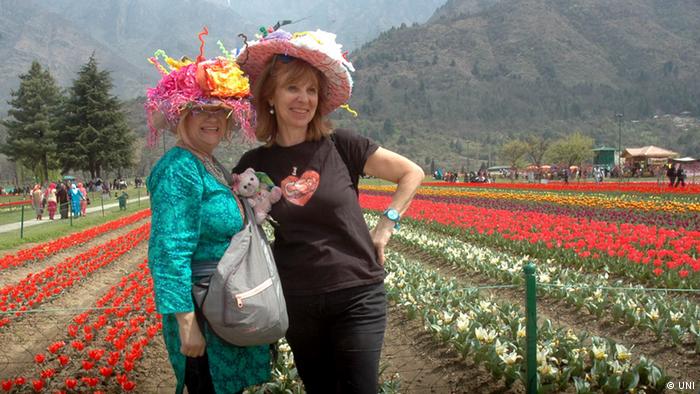 In a surprising move, the Hindu nationalist Bharatiya Janata Party (BJP)-led government in New Delhi scrapped Kashmir's regional autonomy last summer. This was followed by a series of moves to clamp down on anti-government protests and related dissent. The measures included the internet blackout, a gag on media, restrictions on free movement and the detention of key political leaders.

The roughly eight million inhabitants of the Kashmir Valley have since been living under the world's longest-ever shutdown of the internet in a democracy, according to digital rights group Access Now.

Residents, students and business-owners in India-controlled part of Kashmir got a reason for optimism last week after India's Supreme Court ruled that the indefinite internet blackout is illegal and constitutes an abuse of power. In a carefully-worded judgment, the court wrote that freedom to use the internet should be seen as part of the fundamental rights as per Article 19 (1) (a) of the Indian Constitution.

"Indefinite suspension of internet services is impermissible and must be subjected to judicial review," the court stated in its ruling. The court ordered the authorities to review all restrictions within a week, but the majority of the region remains without access. 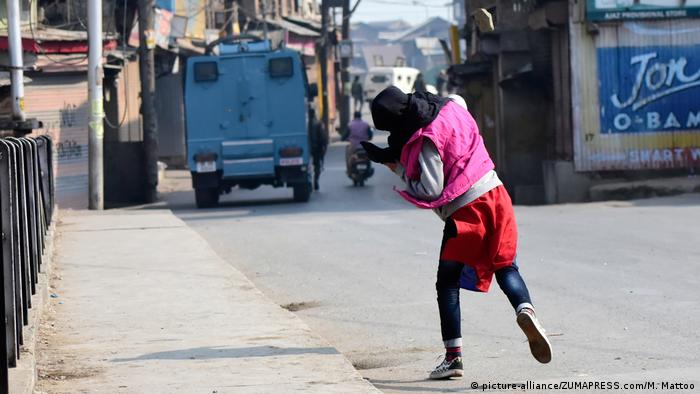 Kashmir Chamber of Commerce and Industries (KCCI), an influential trade body, estimated that the imposed internet shutdown cost businesses around $2 billion (€1.8 billion) from August 5 to December 3, 2019. Sheikh Ashiq, the president of KCCI, told DW that it will take a long time for businesses to recover from the blackout.

"We have to start from the scratch. People in the thousands have lost their jobs. It is high time that the authorities realize the dangers of the internet ban on the region's economy," he said.

Many observers have viewed this ruling as a blow to PM Modi's Hindu nationalist government. The BJP has been defending the unprecedented curbs in Kashmir citing security and law and order reasons.

The restive Himalayan valley of Kashmir is claimed by both India and Pakistan, but administered separately since the partition of the Indian sub-continent in 1947. The archrivals have fought two full-fledged wars over the territory in 1947-48 and in 1965. Smaller conflicts and attacks have continued over the past decades, including a suicide car bomb attack that killed over 40 members of India's security forces in February 2019.

Read more: Kashmir: Is Pakistan planning to take direct control over its part?

Reconnecting to a doctor

The Indian government has taken some steps to restore telecommunication access and connected fixed lines and post-paid mobile phones in October. Informed sources told DW that a majority of district police chiefs in Kashmir have now given a green signal for the restoration of internet services following the court ruling. Last week, the authorities also claimed to have restored the internet in around 80 hospitals. 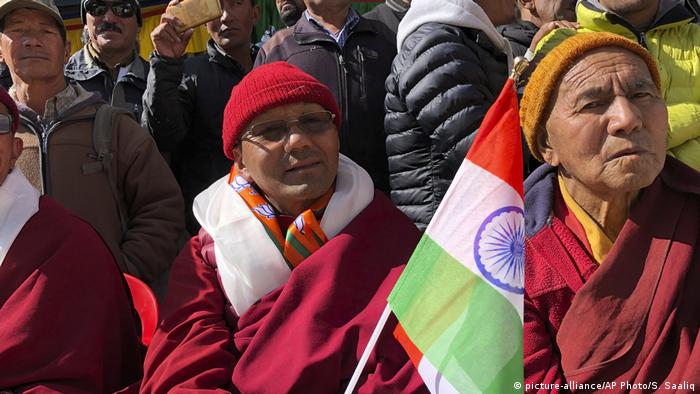 Even after the Supreme Court ruling, the internet so far remains off in Kashmir

Rehana Kausar, an epidemiologist, welcomed the court judgment and expressed hope that the possible restoration of the internet would hopefully change things for better.

In 2016, Kausar and a small group of other well-known Kashmiri cardiologists came up with the idea of creating a WhatsApp group with the aim to "save hearts." The Save Heart Kashmir (SHK) initiative recruits doctors in rural areas where cardiologists are scarcely available, who then upload the ECGs of patients. A team of doctors then look at the data and offer timely expert advice. The doctors, all volunteers, were available 24/7, making it a unique and novel concept across the globe.

"It is a welcome step. If mobile internet is restored it will make our job easier. On the internet, the learning is fast, delivery is fast too, and the knowledge gained is instantaneous," Kausar told DW.

Through the WhatsApp group, doctors were able to attend to a staggering 38,000 ECGs of about 30,000 patients with heart ailments before the internet ban came into force.

"Using WhatsApp, our Save Heart Kashmir project would be able to save lives again," added Kausar.

All communications and the internet remained cut off in India-controlled Kashmir, as the region celebrates the Islamic festival of Eid al-Adha. To avoid anti-India protests, authorities will not permit large gatherings. (12.08.2019)

Kashmiri protesters fight on in cyberspace

There have been more anti-government demonstrations in Indian-administered Kashmir despite a curfew. The protesters have also taken their struggle to social networking internet sites such as Facebook and Twitter. (04.08.2010)