Anger, misconceptions and a lack of trust in the government are behind vaccine hesitancy among Muslims in parts of northern Uttar Pradesh that have been ravaged by the coronavirus. 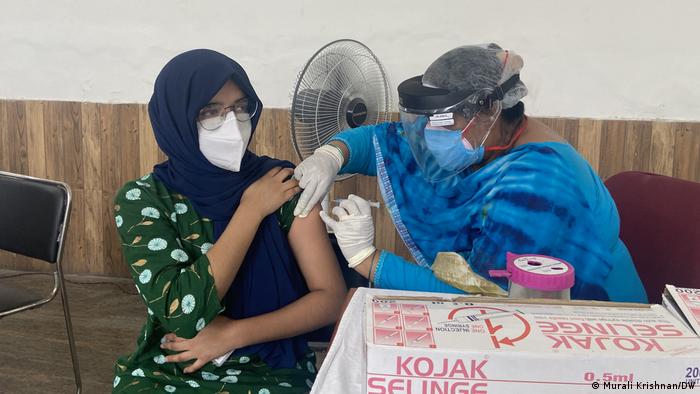 Over the last two months, a section of the Muslim community has been wary of getting inoculated

Abida Ahmed, 27, a former student of the prestigious Aligarh Muslim University (AMU), is grieving, yet angry. She has lost three members of her family since the devastating second COVID wave hit the country in April.

Despite the personal losses, Abida has ventured out for her first vaccine jab and managed to find an available slot through the government-run CoWIN app.

"Thousands of Indians were dying daily simply because they could not find life-supporting oxygen. Many more could not even get a dignified funeral for their loved ones," Abida told DW.

"How do you comfort or give hope to us? Why would we believe the government when they could do nothing when people were dying?" she asked.

Amna Khatoon, a sales executive in a private firm, also lost an uncle due to COVID. She pointed out there is considerable confusion among people over whether the coronavirus vaccines in use in India prevent the disease and many continue to harbor misconceptions about the potential side-effects. 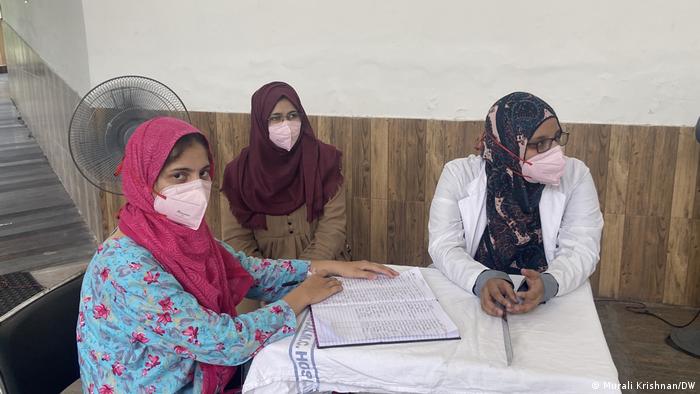 "Many people have died in the second wave despite taking a jab. There is no proper messaging by the authorities on the efficacy of the vaccine," Khatoon told DW.

"There are fears which are contributing to vaccine hesitancy as people think it will cause adverse effects and this is something we need to dispel," Ali Jafar Abedi of the community medicine department told DW.

Over the last two months, a section of the Muslim community has been wary of getting inoculated, especially after the recent death of Maulana Wali Rahmani, general secretary of the All India Muslim Personal Law Board, as a result of coronavirus complications in April.

He had received the first shot of the vaccine less than a week before testing positive.

Rahmani's death further raised doubts within the community about vaccine efficacy, even though it typically takes two weeks after receiving the second shot of the vaccine for the body to build protection against the virus that causes COVID.

To counter the misconceptions, several Muslim leaders have launched an awareness campaign to persuade the community to get the shots.

In Aligarh city, with a population of over 1.2 million, the health infrastructure was swamped in April and May — a similar situation faced in many other parts of the country where patients struggled to find hospital beds, medical oxygen and essential drugs, among other things.

Residents of neighboring cities Kasganj, Hathras and Iglas also headed to medical facilities in Aligarh, which looks after the health needs of several adjoining districts.

"It was a nightmare, and the government did not help us. Citizens helped each other but there were no hospital beds to help the needy," Asha Devi, a homemaker from Hathras, told DW. 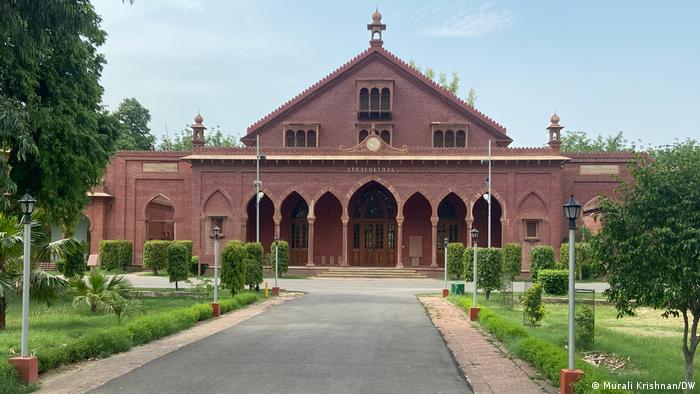 The Aligarh Muslim University has been severely affected, with many students and staff contracting COVID

Since the onset of the pandemic, the district has recorded over 18,700 infections and nearly 100 deaths, according to government data. Residents claim the official figures don't depict the true scale of the disaster.

Even the AMU has been severely affected, with a high number of infections among students and staff, and also deaths.

AMU Vice Chancellor Tariq Mansoor said vaccine hesitancy has contributed  to the spread of coronavirus in the campus.

"Vaccine hesitancy has played a significant role in the incidence of a large number of cases of COVID-19 among university employees and their families, and consequent morbidity and mortality," Mansoor said in an open letter to AMU community last month.

"Vaccination is required to control the present situation as well as to prevent a potential third wave in the future," he said.

Some believe that vaccine hesitancy is also a result of poor communication.

"From the beginning, there should have been clear messaging to say that vaccination would protect citizens from serious illness, and this was never attempted," a senior faculty member told DW.

"There are a lot of rumors about the vaccines but one of them doing the rounds among Muslims is that it is a sterilizing agent and a ploy to control the Muslim population."

Quashing such rumors and conspiracy theories is a tough order, but some feel that the bigger issue is the underlying distrust for authorities.

Saira Mehnaz, a doctor, said the community can overcome the issue of vaccine hesitancy. "But what we urgently need is a fast rollout of the vaccines so people can be inoculated and be safe."