A growing number of elderly people in India are silently suffering at the hands of the people they trust the most. They face various forms of physical, psychological and emotional abuse. 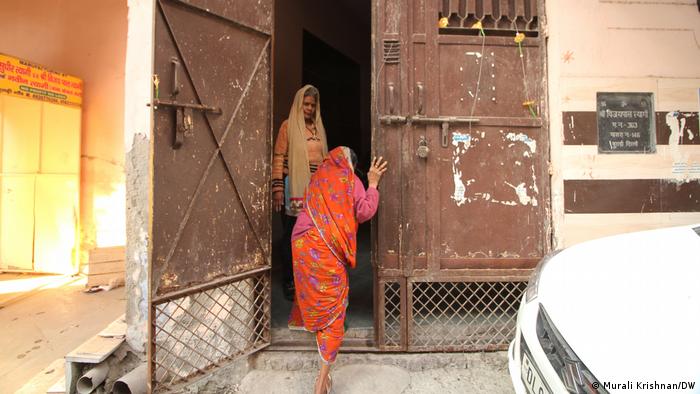 Elderly people at an old age home in New Delhi

At a state-run residential care home for the elderly in Faridabad, in the northern Indian state of Haryana, about 25 kilometers (15 miles) from the capital, Delhi, about 300 elderly people eagerly look forward to teatime every evening.

It breaks the monotony that otherwise consumes their lives.

Many of the residents have been staying here for years. But the care home has also taken in new ones over the past year as families increasingly struggled to take care of older adults during the nationwide lockdown imposed to curb the spread of COVID.

"I had no choice. My daughter-in-law did not want to take care, and my son thought it would be best for me to be at this place as he thought I was a burden," Raghav Chadda, a 66-year-old retired government clerk, told DW.

Chadda was fortunate. In some families, the negative environment caused by COVID initially resulted in taunts, mistreatment and, at times, physical abuse, forcing older adults to seek sanctuary in care homes.

"Actually, old age is a curse. I was just dropped here one fine morning by my two sons, and I am struggling to cope. It is a myth that we are value conscious," Pritam Singh, 76, told DW. 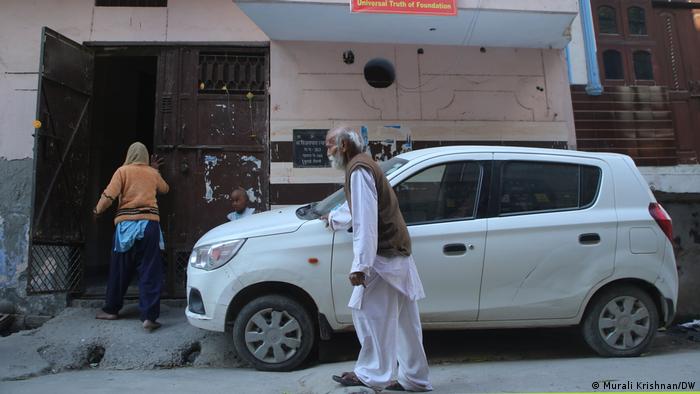 A recent national survey, the Longitudinal Aging Study in India (LASI), also revealed the grim state of affairs. It concluded that about 5% of people aged 60 and above in the country experienced ill-treatment, including both physical and emotional abuse, over the past year.

The problem was more prevalent in states such as Bihar, Karnataka, West Bengal, Uttar Pradesh and Chhattisgarh.

The perpetrators of abuse were usually the caregivers, often children or grandchildren.

Social stigma and the fear of losing support mean that elders are often reluctant to complain or seek outside intervention.

"This is a vulnerable group. No matter what the form of abuse is, the impact is manifold and creates sustained mental trauma to the person, already shackled down by the grip of age," Rachna Kucheria, a physician who offers geriatric health care at homes of the elderly, told DW.

A study conducted by the Agewell Foundation found that, during the coronavirus pandemic, as much as 71% of elderly people in India believed that ill treatment toward them had increased during the lockdown.

"Humiliation is the most common form of elder abuse. When their own family members and relatives don't talk to them, could not spend time or could not take care of their needs or interests and lifestyle, the elderly feel humiliated," the report said.

In addition to the physical and emotional abuse, another disturbing fact was that over two-thirds of senior citizens in India suffer from chronic disease. Health conditions, dominated by cardiovascular diseases and hypertension, were pronounced among people aged 75 and above.

"There is an urgent need to create greater awareness in society about the needs and rights of older persons," Himanshu Rath, chairman of Agewell Foundation, told DW.

Other studies have also revealed cases of physical abuse and, in some instances, homelessness. Furthermore, in extreme cases, elders take their own lives.

According to the 2011 census, there were 103 million people older than 60, accounting for 8.6% of the population. The number, however, is expected to rise to 319 million by 2050, per government figures.

The government's own economic survey points to the trend, signaling a shift in India's demographic dividend, with the number of elders relative to the young rising severalfold over the next couple of decades.

Many believe that the country's economic transformation and the resulting socioeconomic changes, as well as the erosion of family values, are contributing to the neglect of the elderly.

"India was known for its large, extended families. But now, thanks to migration and globalization, it's also full of empty nesters with nobody to take care," Nand Lal, a caregiver at an elderly home, told DW.