One in five children have experienced stunted growth in North Korea, a sign of "chronic or recurrent malnutrition." But a UN study found that over the past decade, the country has witnessed a "slight" improvement. 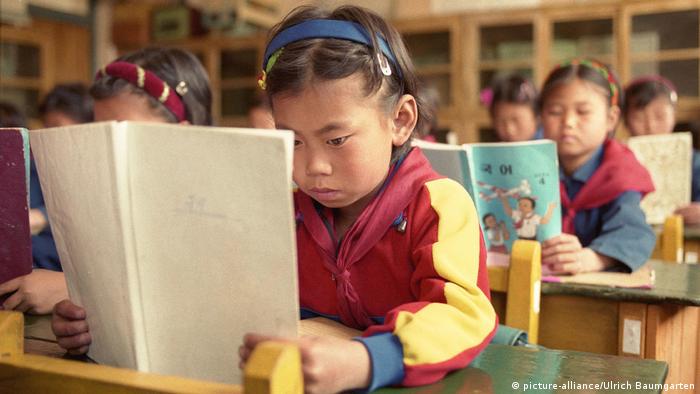 A UN report published on Wednesday showed that malnourishment remained widespread in North Korea despite a "slight" improvement across the country.

Around one in five children in North Korea is smaller than the average for his or her age, the report said.

The UN Children's Fund (UNICEF) noted that stunting is "an indication of chronic or recurrent malnutrition."

Despite the improvement, "only one in three children age six to 23 months receive the minimum acceptable diet," UNICEF Asia and Pacific director Karin Hulshof told reporters in Geneva.

Hulshof noted that the government survey of 8,500 households marked improved cooperation between Pyongyang and the UN, noting that the information was more reliable than in the last survey in 2009.

"This new seriousness and improved openness about data is in UNICEF's view a real step forward," said Hulshof.

"I would just like to remind everyone that these data were collected in 2017, so that is sometime before the latest summits."

Earlier this month, North Korean leader Kim Jong Un met with US President Donald Trump, culminating in what observers believe is a historic shift on the Korean Peninsula.

But some observers have been cautious to laud North Korea's shift, saying Pyongyang's aims may not be fully understood yet. The country has suffered from paralyzing international sanctions linked to its nuclear and ballistic missiles programs.