In Germany, justice varies from place to place | Germany | News and in-depth reporting from Berlin and beyond | DW | 25.10.2018

Whether you get nine months in jail or 31 for the same crime could have to do with where the judge sentencing you works. German legal scholars have been looking to the US for a solution to a practice that seems unfair. 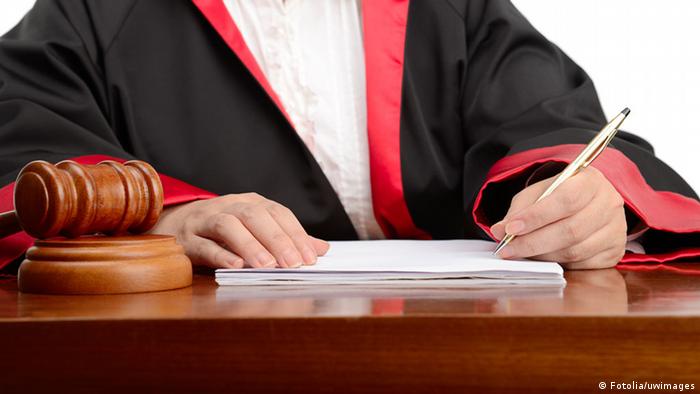 German law allows judges a fair amount of leeway to sentence defendants as they see fit. You could get off with a fine for theft — or go to jail for five years. But beyond factors such as the severity of the crime, the defendant's history or other, possibly extenuating circumstances, the location of the court may influence whether the sentence is lighter or harsher.

A new study by Volker Grundies, a senior researcher at the Max Planck Institute for Foreign and International Criminal Law in the southwestern German city of Freiburg, found significant regional discrepancies in sentencing. Grundies analyzed data from sentences handed down by courts in 2004, 2007 and 2010, when around 1.5 million rulings were issued in Germany, and determined that one-fifth of them were 10 percent below the nationwide average and one-fifth were 10 percent above the average.

"Of course we have a great variance in individual cases — it is, after all, an individual judge's decision, and that is fine in principle," Grundies told DW. "But the fact that in Upper Bavaria the penalties are on average 30 percent longer than in Baden is a problem when it comes to justice and equality."

Judges in northern Germany most lenient

Generally your chances are best if your case is heard in northern Germany, where sentences tend to be milder than in Bavaria. Munich, the Bavarian capital, issues the harshest sentences in the country, while Baden, also in Germany's south, is marked by judicial districts that issue some of the lightest sentences.

That there are regional differences in sentencing was recognized in the early 20th century, but Grundies' study is the most comprehensive so far. Scholars have identified several possible causes for the discrepancies, from local legal cultures to judges conforming to what their colleagues do to tradition. But, in theory at least, justice should be fair and everyone should be equal before the law.

Grundies was hopeful that his research would prompt judges to tackle the problem. "I think that most judges in Baden and Upper Bavaria are not aware of how far apart they are," he said.

"Public prosecutors offices have tables, lists that have not been legitimized. They are meant to be used by public prosecutors' offices," he told DW. "Everyone knows they exist, but officially they exist only as a very rough orientation." 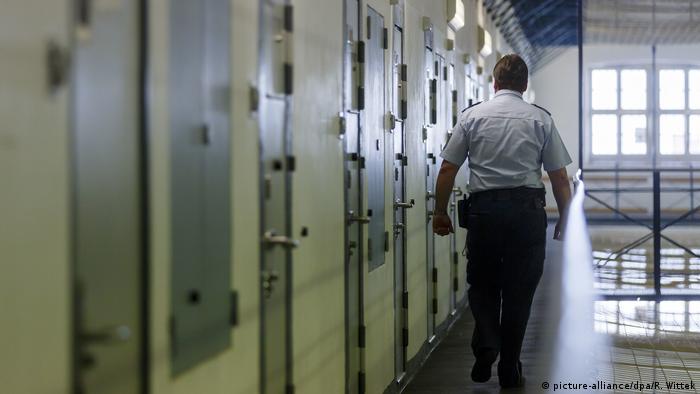 Judges have a fair amount of freedom in sentencing

Kaspar sought backing from his colleagues for devising a solution at the annual German jurists' conference last month.

"Everyone agreed that there are differences. In some judicial districts drastically — especially for drug offenses," Kaspar said, pointing to Hamburg, where a defendant caught with a kilo of marijuana received a two-year suspended sentence, while in Bavaria another person was sent to prison for eight years for the same crime.

Read more: Last stop jail? How to deal with fare-dodgers in Germany?

The United States offers a model of sorts, he said.

There too, judges' location seemed to underpin a wide range of sentences. So in the mid-1980s, an expert commission created the Federal Sentencing Guidelines, which laid out uniform sentencing policies for felonies and serious misdemeanors.

The manual provides a table for judges to figure out the right penalty. Plug in the seriousness of the crime on the one side and the defendant's criminal history on the other, and out comes the recommended sentence.

The FSG were mandatory when they were introduced, but the Supreme Court ruled they could only be used as advice after they were challenged in 2005. As a result the guidelines are only one of many factors in sentencing, which, says Kaspar, makes for a system that is both inefficient and unnecessarily complicated.

Germany, he believes, should come up with its own, better guidelines.

He suggests that an independent body of experts should devise "standard penalties" for specific crimes based on empirical data. This German FSG would become a nonbinding manual of recommendations for judges.

Read more: How does Germany chose its judges? Always the best pick?

Grundies acknowledged that the Augsburg professor's ideas might well be an answer, but Kaspar couldn't get his colleagues on board at the jurists' convention.

"Some critics believe it wouldn't yield much. The majority voted against a commission," he said. But there was some movement: "What was accepted: a nationwide database that judges can access."

Japan has a similar database, which lists sentences handed down in actual cases, as an aid for lay judges.

"Whether it comes about is another question," Kaspar said.

Researchers have urged authorities to rethink who ends up in prison in a bid to lessen the burden on the prison system. But instead of exploring alternatives, German states have vowed to create space for more prisoners. (27.04.2018)

Extremist crimes in Germany down, number of fanatics up