Last stop jail? How to deal with fare-dodgers in Germany | Germany | News and in-depth reporting from Berlin and beyond | DW | 01.02.2018

Last stop jail? How to deal with fare-dodgers in Germany

Judges in Germany say prosecuting persistent fare dodgers is a waste of valuable official time and resources. But transport authorities maintain traveling without a ticket is not a trivial offense. 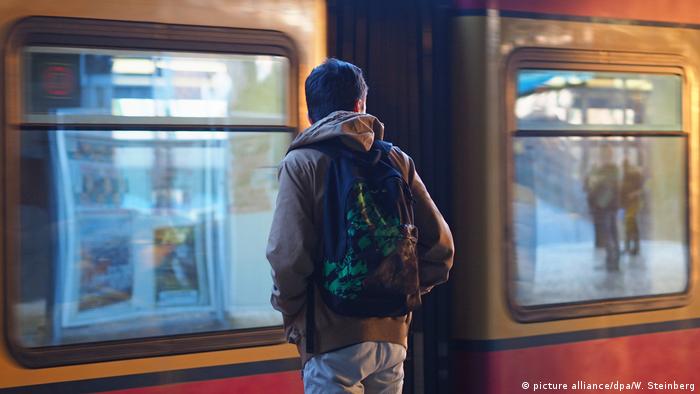 Taking a bus or tram in Germany without a valid ticket is a crime, according to Germany's criminal code. And it is one that could have severe consequences: 7,600 repeat offenders were sent to jail in 2016.

When you get caught dodging a fare the first time, you will usually only have to pay a fee of €60 ($75). That also goes for minors who can be expected to know that they need a ticket to ride the bus, and for people who have a ticket for themselves, but not for their bike or large dog.

If you get caught for a third time, you will be reported to the police. Then you either have to pay a higher fine, or go to jail for up to one year.

From a purely practical standpoint, fare-dodging is not exactly difficult in Germany. There is usually no barrier at the entrance of bus and tram stops, unlike in subway or tube stations in New York or London. You will not encounter the friendly conductors who check your tickets on every ride either. Even if you are a frequent public transport user, you might only see them a couple of times a year.

But it is still illegal. There are stickers on busses, trams and stops to remind passengers in no uncertain words. And yet, calls for fare-dodging to be downgraded from a crime to a misdemeanor are growing ever louder. 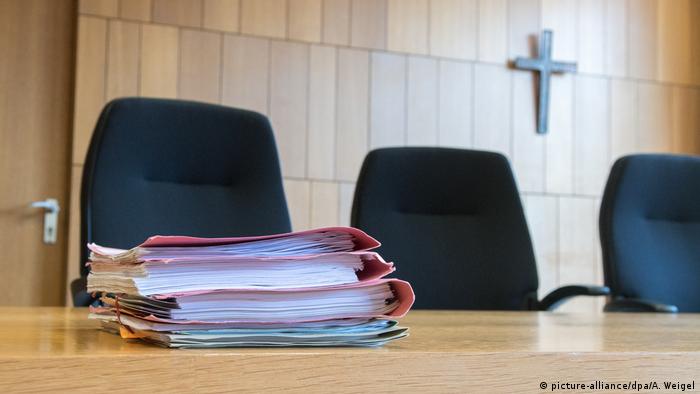 Supporters of the move say that it would radically reduce the workload of police officers and judges. Peter Biesenbach, justice minister in Germany's most populous state North Rhine-Westphalia, said that over one-in-ten verdicts handed down in his state dealt with fare-dodgers.

The German Association of Judges (DRB) hasn't said outright they plan to downgrade fare-dodging, but they are looking into it. They demand public transport authorities do more in the way of prevention.

"Entrance checks are the best way to prevent fare-dodgers from riding trams and busses and to lighten the workload of the judiciary," the DRB said in a statement. "If transport authorities don't set up these entry checks for economic reasons, the taxpayer should not have to pay the price."

Read more: Why the German judiciary is overwhelmed and short-staffed

'There have to be clear consequences'

On the other side of the tracks, the transport authorities vehemently oppose decriminalizing fare-dodging. Justice should not depend on the state budget, Oliver Wolff, director of the Association of German Transport Companies (VDV), told news agency dpa.

"I find this to be a declaration of bankruptcy by the state," Wolff said.

The VDV also claims that erecting entrance barriers would make little sense, since hop-on, hop-off busses and trams make up the bulk of public transport in Germany. Barriers would not work at stops that can be accessed from all different directions above-ground.

The public need to be aware that fare-dodging is not to be taken lightly, Wolff said.

"Riding without a valid ticket has to remain a crime according to the criminal code," he clarified. "There must be clear, deterrant consequences for people who continuously use services without paying for them. That's why a jail sentence is absolutely necessary as the final resort." 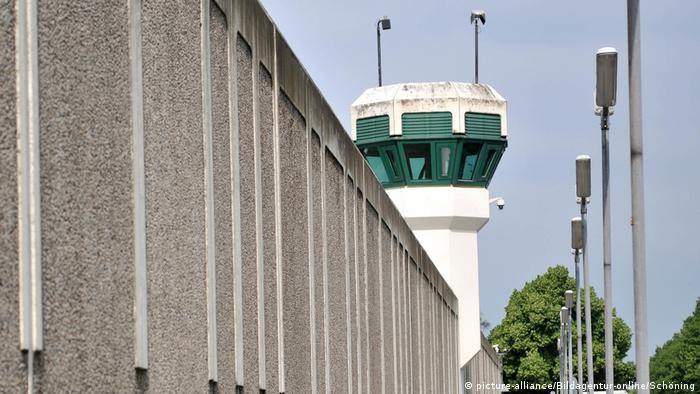 Going to jail for riding without a ticket? Some say that's a necessary deterrent

The VDV director is not too worried about over-worked judges either. He points out that only a small fraction of fare-dodging cases ever get drawn out to a degree that would actually take up a lot of an attorney's or judge's time.

According to Wolff, the 7,600 fare-dodgers sent to jail in 2016 amounted to a mere three percent of all those who had been reported for repeatedly riding without a ticket.

Based on those numbers, "you really can't talk about the judiciary or the prisons being stretched too thin," Wolff said.

Next Monday, Wolff, Biesenbach and other legal and transport experts will debate the issue at a public panel discussion in Berlin. How it will develop from there is not yet clear.

So to be on the safe side, passengers should probably just buy a ticket.

Germany's new crime statistics have shown a rise in violent crime, but fewer thefts and break-ins. During a Berlin press conference, Interior Minister Thomas de Maiziere was careful not to blame immigrants. (24.04.2017)

Shoplifting on the rise in Germany

Trade organizations in Germany and police are worried about the rapid rise in shoplifting across the country, causing billions of euros in losses to retailers. And in most cases, the thieves are not caught. (21.06.2016)