Extremist crimes in Germany down, number of fanatics up | Germany | News and in-depth reporting from Berlin and beyond | DW | 24.07.2018

Extremist crimes in Germany down, number of fanatics up 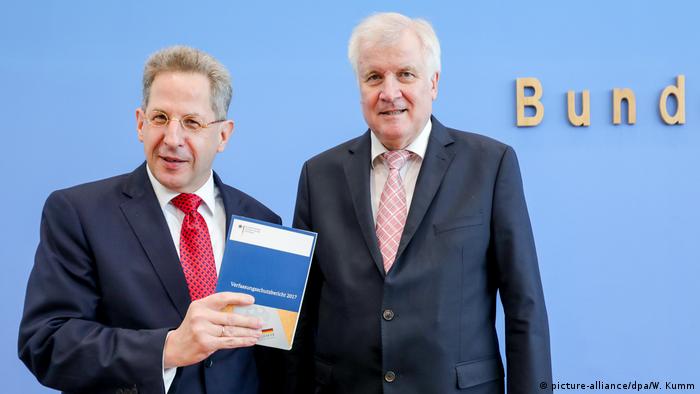 The overall news was good as Interior Minister Horst Seehofer and Office for the Protection of the Constitution (BfV) President Hans-Georg Maassen presented their report on Tuesday for 2017.

Politically motivated crimes in Germany declined by 4.9 percent over 2016 from 41,549 to 39,505. Far-right extremist crimes also declined by an impressive 35 percent, although their numbers remain higher than in 2014, the year before the so-called migrant crisis.

Still, as was true of left-wing extremism, the number of people deemed potential committers of far-right extremist crimes rose slightly. For that reason, neither Seehofer nor Maassen was bragging about the results of the study.

Numbers of extremists have risen while actual political crimes have declined

Right-wing extremists, Seehofer cautioned, weren't always easy to recognize and could be radicalized "in extremely short spans of time." He added that the extreme right potential for violence hadn't remained "high." He said that, largely because of protests against the G20 conference in Hamburg last July, left-wing extremist incidents had risen by an "alarming" 37 percent.

"Conditions like those in Hamburg should never be allowed to repeat themselves," said Seehofer, referring to widely televised scenes of street violence in the northern German city.

The report also noted slight rises in the number of Islamists, particularly Salafists, whom Maassen characterized as a "continual high-level threat." Some 700 "Gefährder," people kept under constant surveillance because they represent an acute threat, are currently living in Germany. That, said Seehofer, was "more than ever before."

Otherwise, most of the media attention was directed toward one particular extremist group: The Reichsbürger movement. 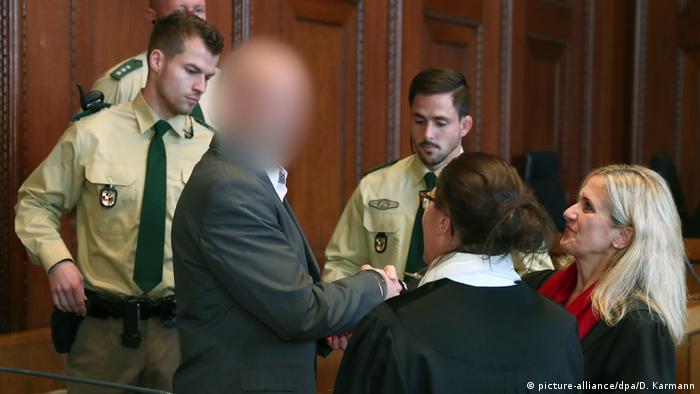 The BfV registered a dramatic leap in the number Reichsbürger — the name means literally "citizens of the Reich" — from 10,600 to 16,500. Some 900 of them are right-wing extremists.

The Reichsbürger are of particular concern, says the BfV, because of their affinity with guns, and because their network consisted of loosely connected, hard-to-pin-down individuals.

"We simply don't know whether someone is flying below our radar screens," Maassen admitted.

"What is problematic is that they use armed violence on behalf of their own desire for sovereignty, whether it's for the purported German Reich or a state of their own," Jan Rathje, a political scientist at the Amadeu Antonio Stiftung, told Deutsche Welle.

Rathje identifies "anti-Semitic conspiracy theorizing" at work in the movement. This is a hot-button issue in Germany at the moment after a series of incidents gave rise to fears that anti-Semitism could be undergoing a revival.

Rathje also cautions that the government has "problems" identifying all right-wing extremist crimes as such and that the figures collected by the BfV may be on the low side. 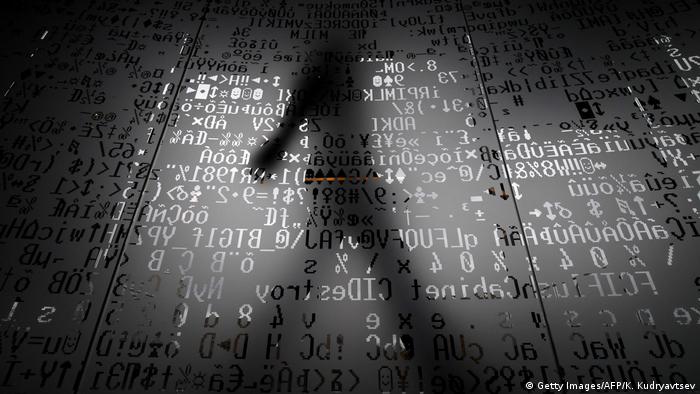 The report also details spying and espionage activities in Germany, in particular cyber-crimes. And topping the list of perpetrators is Russia.

"Russian intelligence services commit a great degree of organization and money to spying on Germany," the report found. "What's particularly important to them are political areas where decisions are made that could influence Russian interests. Among them are policies toward NATO and the EU as well as German foreign policy."

The report also found that Russia was trying to influence political and public opinion using social networks and news flash services such as Twitter.

Seehofer and Maassen said that the problem was only likely to get worse in the future with the "progressive merging of the cyber-world with the real world."

The report also specifically highlighted China and Iran as countries that had spied on Germany.