Electronic ankle bracelets for terror suspects have been backed by Germany's upper house of parliament.  The Bundesrat in a raft of measures also endorsed a rule that public servants not obscure their faces. 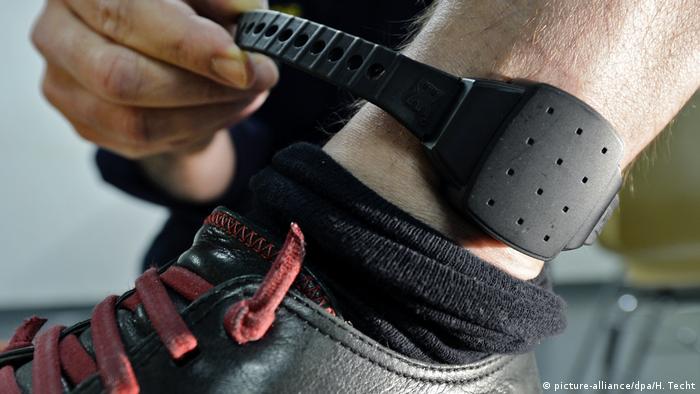 The electronic tagging measure was approved on Friday among amendments to German law governing its Federal Criminal Police Office (BKA).

A judge's order would be require before a bracelet using Global Positioning System (GPS) locating technology is fitted to a person deemed to be a danger to public safety.

The device emits an alarm if its belt is cut or the wearer leaves a defined zone.

As a next step, the 16 states, each of which is responsible for these suspects in within their own borders, will need to pass regional legislation if they want to use the tracing devices.

The BKA law changes endorsed Friday also allow the agency located near Frankfurt to establish a central database and to modernize its information technology, but coupled with avoidance of double structures at the state level.

Also approved was the usage of bracelets under Germany's residency legislation for persons already convicted of crimes such as financing or planning terrorist acts.

Airlines operating flights to and from Germany will be required from April 2018 to deliver passenger data to the BKA in compliance with an EU directive. Itemized will be name, address, credit card number and travel route.

The partial ban on facial masking endorsed by Germany's Bundesrat effectively bars female civil servants, soldiers and judges from wearing apparel such as niqabs and burqas while serving the public.

In addition, masked persons will be required to show their faces during passport photo identification checks or when exercising their vote.

Exceptions will apply for persons needing to protect themselves from infection or justified identification while on duty.

Both the world's largest car companies and leading tech firms will put autonomous vehicles on the road in just a few years. Can't wait that long? DW shows you what it's like to "drive" in an automated car. (21.04.2017)