In former Taliban-ruled Afghanistan, many still believe a woman's place is in the home. But two Afghan sisters want to bring a digital revolution to their country by teaching girls how to code and use computers. 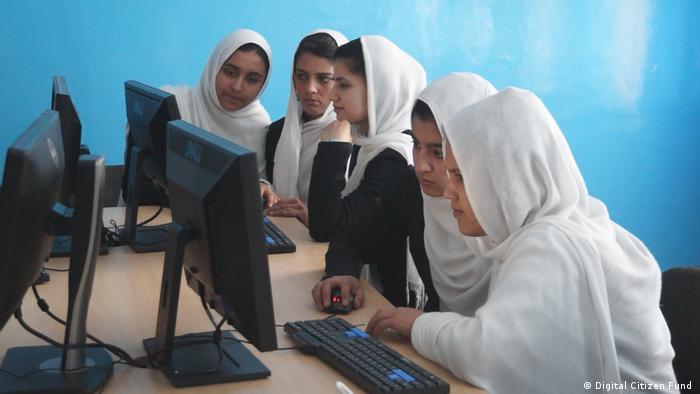 Groups of teenage girls huddle around computers in a bright blue classroom, some typing furiously, others browsing blogs with the latest fashion trends. Just outside, people go about their daily business in Afghanistan's bustling city of Herat, famed for its ancient fortress and beautiful tiled-mosque.

A few months earlier, these teenagers didn't know how to switch on a computer.

These days, the girls at Goharshad Begum High School in Afghanistan's third-largest city, post to Facebook and Twitter, update their blogs and code with ease. Their newly acquired skills are as a result of computer training programs set up in 2012 by the Digital Citizen Fund (DCF) – the brainchild of  Afghan entrepreneurs and sisters Roya and Elaha Mahboob and Italian businessman Francesco Rulli.

"We learned film programs, Gmail, Twitter and Viber," said teenager Hilai, while working on her computer in the school's bustling computer lab. "It developed our knowledge and awareness of technology." 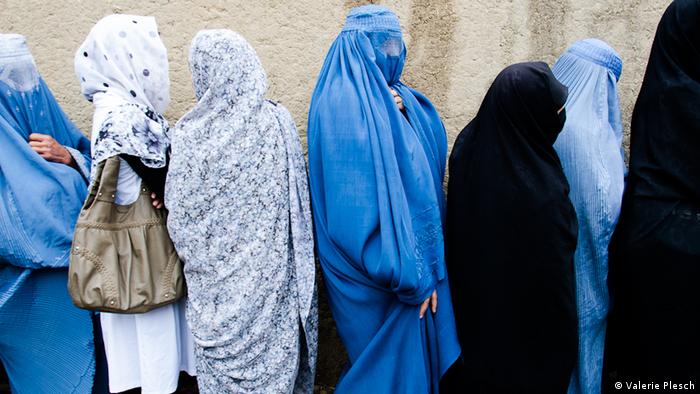 Traditional dress and a progressive skill set are not mutually exclusive

Women's rights have advanced in Afghanistan, and the streets of the capital Kabul are a testament to the shift. Some women still cover themselves head to toe in the powder-blue Afghan chador, but countless others wear skinny jeans teamed with long tops, leather jackets and open toed shoes and clutch their handbags as they head to work, school or college.

But for all that, there is still a widespread belief in the former Taliban-ruled country that a female's place is in the home – and not online. The Mahboob sisters wanted to change this and provide opportunities for women in the increasingly important tech sector by outfitting girls' schools with computers and other equipment, and teaching them how to use it.

"IT is the most important field right now," said Elaha Mahboob, sitting in a bright and airy Kabul office, eye on her constantly pinging smartphone. "We want to empower women through IT, because it will be very useful for them and their futures."

So far, the nonprofit has established 13 computer and coding centers in Herat and Kabul, getting more than 55,000 female students online. That's no small acheivement in a country where adult female literacy rates stand at around 18 percent and where women are verbally harassed in public internet cafes. DCF plans to train a further 5,000 female students in financial and digital literacy and coding, and it's having an impact in more ways than one.

"They really love it because they can connect, talk with their friends, share their blogs and ideas," says Mahboob. "After the training we provided, we saw a change in their minds and interest in their computers … Some of them also decided to study in this field... They became more connected to other worlds."

Elaha Mahboob and her sister are themselves a product of this more interconnected world. Their family fled to Iran during the Soviet occupation of Afghanistan and stayed there until 2003, two years after the collapse of the Taliban regime. In their twenties now, the sisters studied computer science at Herat University and founded IT consulting firm Afghan Citadel Software, which defies social norms by employing mainly women. The company counts NATO and many Afghan government ministries among its clients. 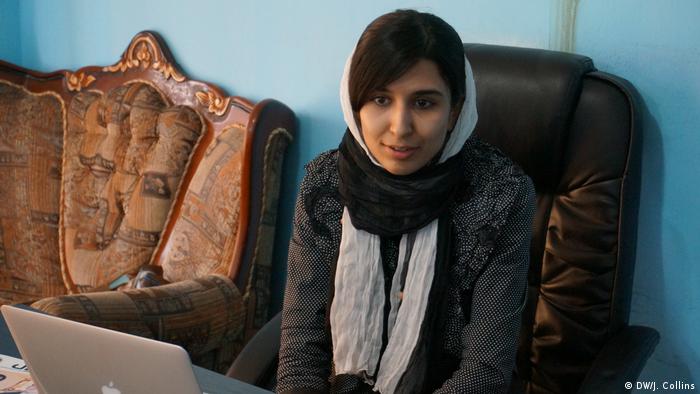 Computer power comes in more than one form

Still, Mahboob and those working in the program have faced a backlash. Calls and emails threatening violence led one instructor to stop teaching the computer courses. But DCF refuse to quit. Instead, they are trying to challenge the fears some parents and local leaders have about introducing women to computers.

"We are just talking to them to convince them that it is not something bad, but it is just to help their daughters, to enhance their knowledge and also it could be a financial help," says Mahboob. And this tack appears to be working. "(Now) they mostly trust us and their daughters."

This project has been funded by the European Journalism Centre via its
Innovation in Development Reporting Grant Programme.