In a first, Greek, Turkish Cypriot leaders give holiday message of peace

The Greek and Turkish Cypriot leaders have delivered a televised address wishing the ethnically divided island a happy holidays and peace in the New Year. The two sides are on the cusp of reuniting the island. 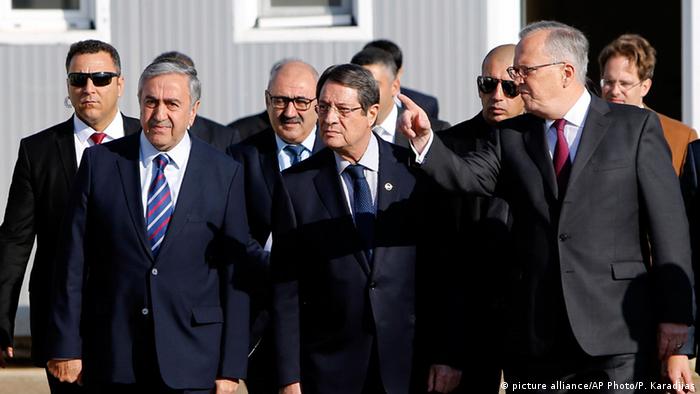 Turkish Cypriot leader Mustafa Akinci and his Greek Cypriot counterpart Nicos Anastasiades took to the television together for the first time on Thursday to deliver joint statements wishing that the New Year brings an elusive peace to the ethnically divided island.

Each leader spoke in both Turkish and Greek to deliver the peace message as the two sides seek to a reach UN-mediated peace deal in 2016, according to a video posted on the Turkish language Cypriot news website "Kibris Postasi."

Talks between the two sides have gained momentum in the second half of the year, with recent high-level visits by the foreign ministers of Britain, China, Russia and the United States.

EU-member Cyprus has been divided since 1974, when the Turkish military invaded the northern third of the island after an Athens-inspired coup seeking to unite the island with Greece.