The US Secretary of State has said opposing sides of the divided country are close to reaching an agreement. The island's Greek and Turkish communities have been in opposition with each other for over four decades. 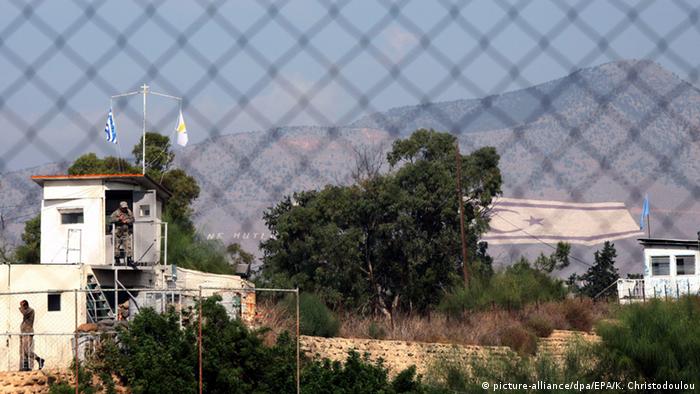 Kerry said on Thursday a peace agreement between the Greek and Turkish communities in Cyprus was "within reach," suggesting that at last the long-divided island nation would be united.

"In recent months, it has become clear that the ground really is shifting and tangible progress is being made," Kerry said, after meeting with Greek Cypriot leader Nicos Anastasiades (pictured on Kerry's right) and Turkish Cypriot leader Mustafa Akinci.

Cyprus, in the east Mediterranean Sea, has been divided since 1974, when Turkey invaded the northern part of the island following a coup attempt seeking to unite the country with Greece. The country has been divided ever since, and a peacekeeping force has monitored a ceasefire line that splits the country - including its capital, Nicosia - in half.

Benefits of making up

Greek and Turkish leaders held UN-sponsored talks in May, and numerous meetings have been held in the following months. Other foreign leaders - including Russian Foreign Minister Sergei Lavrov and Turkish Prime Minister Ahmet Davutoglu - have also visited the island in recent days.

There are several advantages for the two sides patching things up, including the newly discovered offshore gas deposits that they both could profit from.

In addition, the island has been an obstacle to Turkey acceding to the EU. Ankara is the only government that recognizes the legitimacy of the northern breakway state. Cyprus itself became a part of the EU in 2004.

Greece has turned to its traditional foe Turkey for badly needed help in managing the migrant crisis. The desperate situation has led Prime Minister Tsipras to call for a 'new era' in the two countries' relations. (18.11.2015)

Refugees arrive on British soil at Cyprus base

For the first time, refugees attempting to reach Europe via the Mediterranean have landed on British territory. Two boatloads of migrants arrived at a British military base on the island nation of Cyprus. (21.10.2015)

It's an island ripped apart by politicial, ideological and physical divisions. But youngsters here - both Greek and Turkish Cypriots - are coming together through basketball. Alexa Dvorson reports. (23.09.2015)