Central American immigrants are no longer just trying to get to the United States. Many are now fleeing to Mexico to escape violence in their home countries. But the path to "paradise" is becoming increasingly dangerous. 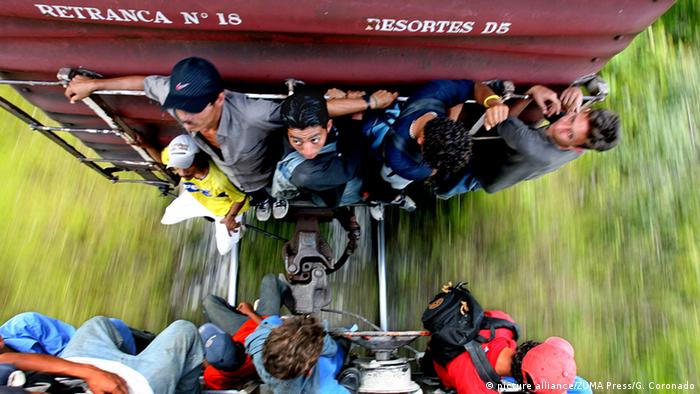 Dramatic increases in violence in Honduras and El Salvador have forced many Central Americans to adjust to a new reality. Mexico is no longer a transit country on the way to the United States. "Many immigrants are fleeing life-threatening violence and are looking for international protection in Mexico. In other words: We are talking about refugees," says Ramon Marquez from the immigrant shelter "La 72" in the Mexican state of Tabasco.

In an interview with DW, he said that the number of asylum applications filed in Mexico over the last few years has increased dramatically. Whereas 1,200 people applied for asylum in 2013, that number climbed to 9,000 in 2016. Marquez added that there has also been an "alarming" increase in the number of unaccompanied minors attempting to make their way to the US. Many are fleeing violence in their home countries, but above all, they are trying to escape the forced recruiting of notorious youth gangs like the "Maras."

Most residents at the "La 72" immigrant shelter are from Central America. Some 85 percent are from Honduras, the rest are from Guatemala, El Salvador and Nicaragua.

The so-called "exotics" - immigrants from other regions and nations - choose different routes. According to Marquez, refugees from Africa or Caribbean countries like Haiti enter Mexico via its southern border in Chiapas. Their journey to the US often begins at the immigrant stopover "Siglo XXI," in the small town of Tapachula. But a worker at the immigrant shelter warns that Mexico is "hostile territory" for all those who seek to traverse it. 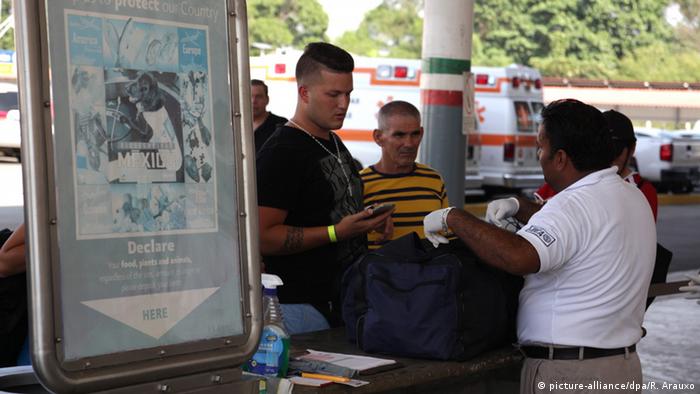 Political scientist Martin Iniguez Ramos, from the National Autonomous University of Mexico (UNAM), confirms that assessment. Speaking to the weekly newspaper "Proceso," he pointed out the hypocrisy of Mexico demanding immigrants to the US be handled with respect while at the same time failing to adequately protect people crossing through its own territory. "How can we demand the US make immigration reforms when we trample immigrants' rights here in Mexico?" he asks.

Small towns like Tapachula, Comitan or Tenosique were once the main ports of call for immigrants seeking to reach the US via the Mexican states of Chiapas and Tabasco. However, recent anti-immigration measures put in place by the Mexican government have forced human traffickers and immigrants to find new routes.

Government representatives and researchers suspect that many have taken to sea routes as an alternative. Accordingly, it is reported that a 400-kilometer (250-mile) alternative route is being used to move immigrants from the northern Guatemalan port of Ocos to ports in the Mexican states of Chiapas and Oaxaca. Information provided by human rights organizations such as Amnesty International show that immigrants travel north from there using various overland routes along the Gulf or Pacific coasts.

But immigrants also have a number of other ways to get to Mexico beyond the old overland or new sea routes. In which case, it seems Mexico's doors are open to immigrants. "The southern border is incredibly porous; it is no problem to enter Mexico through the jungle," says Ramon Marquez.

Life in the shadow of the wall

Residents in the Mexican city of Tijuana have constructed some quirky architectural structures near the rust-red fence erected by the US. Meanwhile, the authorities last month posted a call to expand the wall. (03.04.2017)