Hyperlink: when Tim Berners-Lee invented the World Wide Web - not the internet | Science | In-depth reporting on science and technology | DW | 04.08.2016

Hyperlink: when Tim Berners-Lee invented the World Wide Web - not the internet

The World Wide Web celebrates its 25th birthday on August 6… for about the second time. Yes, that's right. Depending on whom you ask, the internet "as we know it" was born on quite a few occasions since 1945. 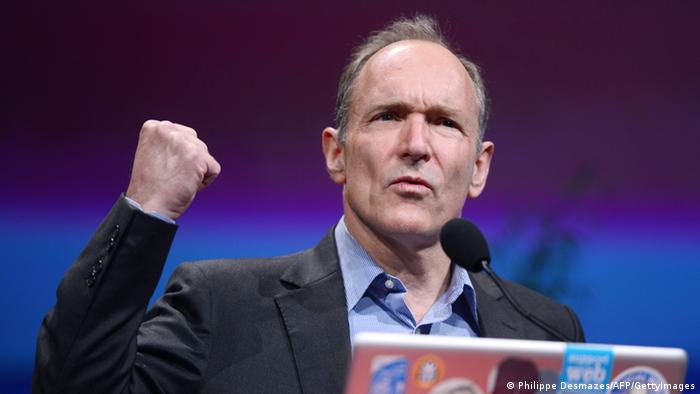 Now, however, as we approach August 6, my confusion has returned. I'm clear about the parentage, but less so about the kids' dates of birth.

So when exactly was what conceived?

What we know for sure

Other players included Robert E. Kahn and Vinton Cerf, who, before elevating to become Google's "Chief Internet Evangelist," developed the transmission control protocol/internet protocol (TCP/IP). This facilitates the internet's "open architecture" and remains a cornerstone of our digital lives.

The internet is a network of computers. It uses protocols and processes, such as TCP/IP, File Transfer Protocol (FTP) and "packet switching," to allow data to be transmitted around the network globally.

In its earliest days, a select few were on the network - scientists, computer nerds, and the US military. It was a way for them to communicate and share data, via message or bulletin boards, and secure, end-to-end channels. These were a precursor to the news sites and social media we use today, but not half as visually stimulating as the web we now know. That came later with Tim Berners-Lee and the World Wide Web.

The WWW sits on top of the internet. It is the system - the protocols and code - that allow computers to host web pages and link from one to another around the global network, the internet. Think HyperText Markup Language (HTML), URIs (or URLs) - the unique identifiers for each page - and Hypertext Transfer Protocol (HTTP), which allows for the retrieval of "linked resources" - the websites - you call up.

So Sir Tim invented the World Wide Web. He also founded the World Wide Consortium (W3C) and the World Wide Web Foundation. Both say he invented the web in 1989. That's when - on March 12 - he presented his vision in a paper called "Information Management: A Proposal" while at CERN in Geneva. His boss, Mike Sendall, called the proposal "vague but exciting," and I agree with that assessment, in that the concept would have been exciting but as vague as a twinkle in a parent-to-be's eye. A baby isn't born until it's born. 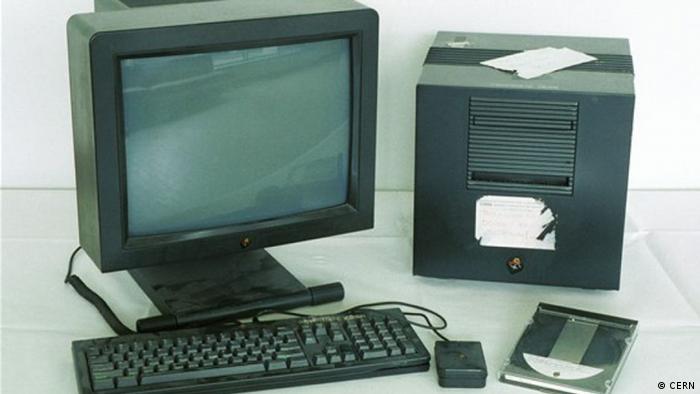 By October 1990, Sir Tim was working on the three "fundamental technologies" that we still use as the basis of the web: HTML, URI, and HTTP. And he had named his project "WorldWideWeb" - so perhaps that's the WWW's birthday? Because only a freak would name their kid before it was born, right?

But no, there are at least two more dates we must consider.

The first is December 20, 1990, the day the world's first website and server went live at CERN. This is the day CERN likes to mark as the birth of the WWW.

And the second is August 6, 1991. This is the day Sir Tim posted a memo on one of those old-skool message boards - alt.hypertext - inviting people outside CERN to collaborate on creating the web. It marks the day the web was opened to the world. To me, this smells more like the kid's parents inviting all her aunts and uncles round to ogle the new heir for the first time.

Why not ask the father?

Yes, we thought of that. But Sir Tim, we were told, is currently on "annual leave" and unavailable for comment.

So what else could we do? Check the web? Yes, thought of that too. We went "online" and googled, binged, duck-ducked, and yahood... the history of the internet and World Wide Web. And if you do the same, you may well find references to the Atlantic Cable of 1858, Sputnik's launch in 1957, or a 1945 article about a "Memex," which could make and follow links between documents on microfiche.

Well, all roads on the network lead to the World Wide Web.

In 1965, Thomas Merrill and Lawrence Roberts connected a TX-2 computer at the Massachusetts Institute of Technology to a Q-32 in California on a low speed dial-up telephone line to create the first wide-area computer network. It led to a move from "circuit switching" to packet switching, allowing the kind of data transfers we rely on today.

And soon after that came the ARPANET, the Advanced Research Projects Agency Network. By 1969, four host computers were connected to the the ARPANET, starting at UCLA and Stanford Research Institute and later at UC Santa Barbara and the University of Utah.

In the early 1970s, the precursor to TCP/IP, Network Control Protocol (NCP), was introduced and network users began developing applications. These included electronic mail, and Roberts' first email utility program, which "was a harbinger of the kind of activity we see on the World Wide Web today, namely, the enormous growth of all kinds of 'people-to-people' traffic," wrote the authors of "A Brief History of the Internet" in 2003.

Later, in an interview with CNN, Gore said he had taken "the initiative in creating the internet," leading some to believe he had done just that.

Followed by Google, Wikipedia, (the) facebook, Web 2.0 and social media, and the rest is…

Computer design: From the legendary Z3 to the Apple Watch