Hungary's highest court has upheld the life sentences for three men convicted of murdering six Hungarian Roma. The perpetrators, who were active on the far-right scene, have now exhausted the appeals' process. 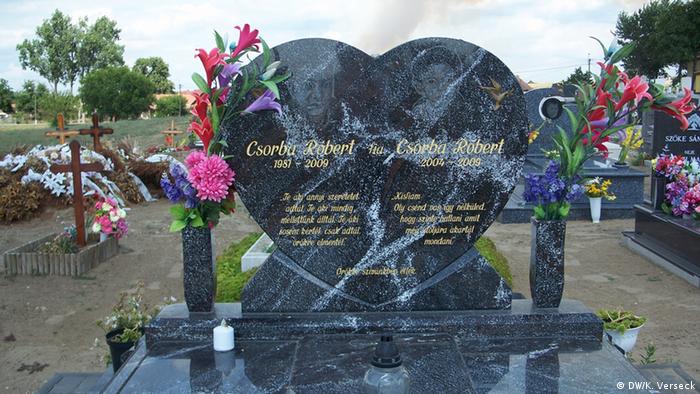 Zsolt Peto and brothers Arpad and Istvan Kiss were found to have carried out nine attacks, mostly on the outskirts of rural villages, against Roma people in 2008 and 2009. They were sentenced to life in prison without the possibility of parole in August 2013.

Hungary's Supreme Court on Tuesday upheld that sentence, meaning the perpetrators have exhausted all options for appeal.

A fourth accomplice, Istvan Csontos, who acted as a driver, was handed a 13-year sentence last year.

The three murderers hailed from Hungary's far-right scene in the east of the country. They killed six Roma, including a small child, during 18 months of violence. One of the victims was a five-year-old boy, Robika Csorba, shot to death along with his father outside their home.

The killers were caught in August 2009 after lengthy investigations that proved the men were indeed responsible for all six murders.

In total, the men were responsible for nine attacks on houses with Roma tenants in which they fired 78 shots and set off 11 Molotov cocktails to set their homes on fire.

The killings came at a time when Hungary was struggling through a period of economic and political crisis that saw its government collapse and the far-right Jobbik party come to power. The killings also shone a spotlight on the country's difficulties in integrating its 500,000-strong Roma minority.

The judge who sentenced the men in 2013 said the sentence was a showcase to demonstrate that racist murders would incur the toughest penalties.

The Council of Europe has criticized Hungary in a new report, condemning xenophobia and violence against migrants and minorities. The government of Prime Minister Viktor Orban denies any wrongdoing. (09.06.2015)

Five years ago, six Roma gypsies were murdered by far-right extremists. Half a decade on, authorities seem to have little interest in the surviving victims of the Roma community. (02.08.2014)

US hits Google with landmark antitrust case 28m ago

Curfew in Lagos as riot police deployed across Nigeria 52m ago