Forgotten victims of Hungary′s Roma murders | Europe | News and current affairs from around the continent | DW | 02.08.2014

Five years ago, six Roma gypsies were murdered by far-right extremists. Half a decade on, authorities seem to have little interest in the surviving victims of the Roma community. 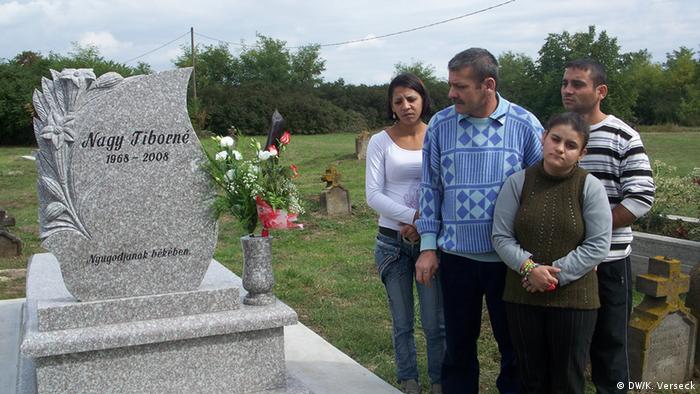 Never could I have imagined that, says said Tibor Nagy. People attacking others and murdering at random. “That was a man hunt,” he says. Years later, horror and disbelief are still clear to hear in the 47-year-old's voice.

On the evening of November 3, 2008, in the north-eastern village of Nagycsecs, far-right extremists set Tibor Nagy's house on fire and shot at his family as they tried to flee. They murdered his wife Éva and his brother Jozsef. Although he, too, was injured, Tibor Nagy survived. The Nagycsécs house where the murders took place

The murders of the Nagycsecs were the first in a series of attacks throughout 2008 and 2009, in which six Romanies were killed. Among the victims was a five-year-old boy. Another 55 Romanies were also injured. The last of the murders was committed five years ago on August 3, 2009. Three weeks later, four suspected right-wing extremists, who were known to the authorities, were arrested in the eastern Hungarian city of Debrecen.

Failure of the authorities

On the 5th anniversary of the last murders, the Hungarian public and above all the political elite have lost interest in the subject. The media rarely reports about the Roma killings. And as of yet, there has been no public commemoration to honor the victims, or any visit by state leaders.

After the murders, most of the affected families fell into a state of misery. Many of the victims were left disabled for life and with psychological illnesses.

Similar to the NSU murders in Germany, investigators were left in the dark for a long time. Initially they handled the murders as a simple crime, but later began to pursue the case as a crime of right-wing extremism. For a long time investigators were uncoordinated and Hungarian intelligence agencies withheld information about the perpetrators. 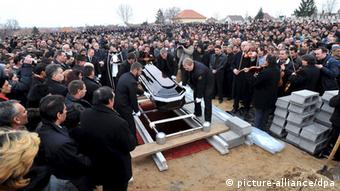 The social-liberal coalition, which was in office at the time of the killings, is responsible for the failure of the authorities in the murder investigation. No one from the coalition has apologized to the victims. Even the national-conservative Orban government don't seem to be interested in a resolution. Secret investigations into further accomplices and sloppiness in the intelligence agencies during the Roma murders have been delayed.

"In Hungary, Romany affairs and Romany victims are second-class-citizen matters," says Jozsef Gulyas, a former liberal member of parliament, who led an inquiry into the murders in 2009. "The state doesn't address racist crimes enough and there are no harsh statements from political leaders against these crimes."

Among Hungarian politicians, there's only a little opposition to such statements; for example, against public anti-Romany outbursts. Calvinis pastor ,Zoltan Balog, who is also the current Minister for Human Resources in the Orban government, is one of the few Hungarian politicians who has made a gesture to the victims of the Roma murders. Every year he holds a memorial service and invites survivors and family of the victims. 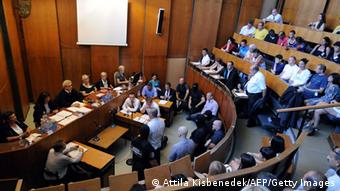 "Symbolism is important," says Balog, emphasizing that as a consequence of racist crimes, the education curriculum needs to be changed. "We must awaken more understanding in the next generations than there is at the moment. We have a lot of work to do."

Zoltan Balog also established financial support for the survivors and relatives of the murder victims. The fund recently received a pay-out of between four and seven thousand euros from the government. Some families were therefore able to modernize their humble dwellings by having gas or running water installed. Others wanted to move into better housing. Many of the survivors and their families need regular support to cover the costs of medication and treatment.

That's also the case for Tibor Nagy. After the death of his wife and brother he was diagnosed with diabetes, and as a result has become blind in one eye. He doesn't have money for diabetic food and medication. In winter, Nagy and his daughter are often left without firewood and have only the bare necessities of food. 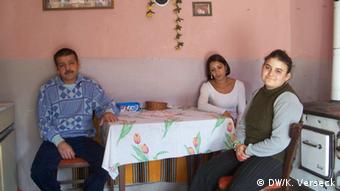 The Nagy family in their current home

Like the other surviving victims of the Roma murders, Nagy could have regularly applied for compensation from the state - if not a final judgment against the perpetrators. Last August three of the Roma murderers were sentenced to life imprisonment and an accomplice to 13 years. All four have since appealed. When the second trial will begin remains unclear.

Tibor Nagy wishes that the perpetrators could be imprisoned to the end of their days. In a resigned voice, he says he can't expect much more from life. "The murderers killed my wife and brother and they destroyed my life. I won't have much happiness in this life anymore."

The investigations into a series of murders against members of Hungary's Roma community in 2008 and 2009 have been re-opened, with a focus on investigators' failures and potential wrongdoing in the case. (27.08.2013)