Hungary's LGBTQ community: 'We are afraid of losing everything'

Hungary's anti-LGBTQ legislation has raised the specter of censorship for many who work in the culture branch. Some people even plan to leave the country. 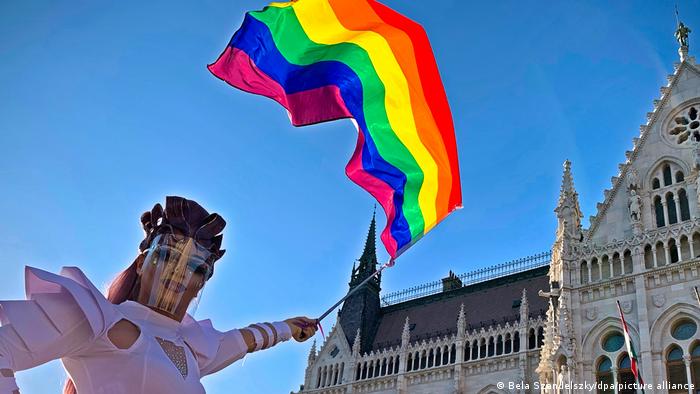 Over the past months, Boldizsar Nagy has had to grapple with things he never expected. He was never anyone "special," the journalist and children's book editor said — certainly not a household name, as he is today.

When he and his team published a fairy tale book titled Meseorszag mindenkie, or Wonderland Belongs to Everyone, in 2020, he expected no more than a few reviews in the papers. He was wrong: A right-wing politician shredded the book live on camera because it included gay men and lesbians, transgender people and Roma. Hungary's chancellery minister slammed the book as "homosexual propaganda."

Nagy still receives daily death threats on social media. He is gay. He says he looks over his shoulder when he goes out, especially at night. He no longer feels safe.

"This is my new reality," he told DW. With a shy gesture, he points out his ring. He and his partner have been in a registered civil partnership for five years. They want to adopt a child, but the authorities have kept putting obstacles in their way. For this reason they had already decided to leave the country, Nagy says, declining to add where they plan to go. 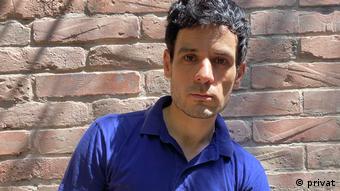 Prime Minister Viktor Orban's right-wing nationalist government has been toughening its stance on the LGBTQ community for quite some time.

In May 2020, lawmakers passed a law banning trans people from changing their gender, and, in December, they enacted a constitutional amendment stipulating that "the mother is a woman, the father is a man." Recent legislation also makes it virtually impossible for same-sex couples to adopt children.

This June, parliament passed a purported child protection act that prohibits the "portrayal and promotion" of homosexuality and sex to minors in general.

Faced with ongoing outrage and widespread criticism, Orban announced on Wednesday that he will hold a referendum on the law, all the while urging the population to support it.

'Will they ban Shakespeare?'

The EU has voiced its opposition to the law, but it is also controversial within Hungary. People who work in the culture sector are particularly concerned about arbitrary censorship measures.

"Do they want to close art exhibitions and libraries now? Do they want to ban Shakespeare in schools because there are gay characters in it?" wondered Kriszta Szekely, director at Budapest's Jozsef Katona Theater.

The law is hurtful, the artist, who is lesbian, told DW. "It's like they're saying, 'Stay hidden, stay unnoticed, and just be happy that we let you live like this.'" She fears artists will self-censor in the future or that they could be fined if they don't comply with the new law.

Earlier this month, Lira Konyv, Hungary's second-largest bookstore, was fined the equivalent of €700 ($824) because, according to the authorities, customers were not adequately warned about a book showing a family with same-sex parents. The book should have come with a notice stating that its "content deviates from the norm," the government agency said.

To try to avoid having to pay fines in the future, Lira Konyv, which is against the new law, has placed a warning to that effect at the entrance of all its stores. The sign's wording says the store content deviates from "the traditional." 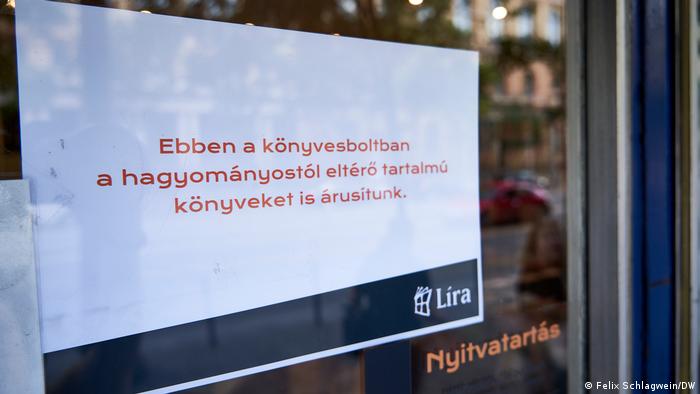 Customer warning in a bookstore in Budapest: "In this bookstore we also sell books with content that is different from traditional ones"

Andras Urogdi, the CEO of Pagony, Hungary's largest chain of children's bookstores, refuses to put up customer warnings in his 11 stores. "Of course we will not start censoring books on the Hungarian market now," Urogdi told DW.

He pointed to the law's vague wording, explaining that it is almost impossible to implement in practice. But this is not the only reason why almost the entire Hungarian book market firmly rejects the law, he added. "The term censorship has a very bad connotation in Hungary when you think of the 40 years of Soviet dictatorship," he said. "Anything even remotely resembling censorship sets alarm bells ringing among Hungarian booksellers." 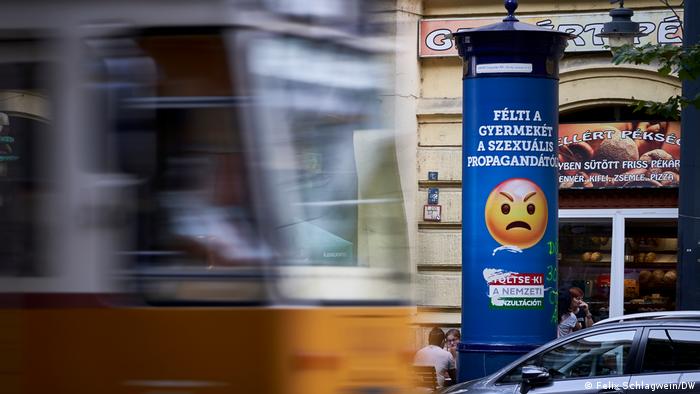 "Do you fear for your child because of homosexual propaganda?" the poster in Budapest reads

Urogdi recalls what happened when he, too, had Wonderland Belongs to Everyone on his bookshelves: harassment in the form of emails and phone calls, "disgusting" posters stuck to the walls of his stores.

At the time, people hostile to LGBTQ communities — and to books merely mentioning such communities — had no legal basis to harass bookstores and publishers, Urogdi said. "But now, because of this incoherent and incomprehensible law, they can go from bookstore to bookstore and report them to the authorities. And that's very, very disturbing."

People involved in Hungary's culture scene seem to have resigned themselves to the situation. Many are even thinking of leaving the country, especially LGBTQ people. "With this law, anything can happen. We are afraid of losing everything," Nagy says.

Tibor Stefan-Racz, a well-known gay author who frequently addresses LGBTQ issues in his books for young adults, told DW in an email that he plans to "leave the country if Fidesz [Orban's party] wins the elections again in 2022." 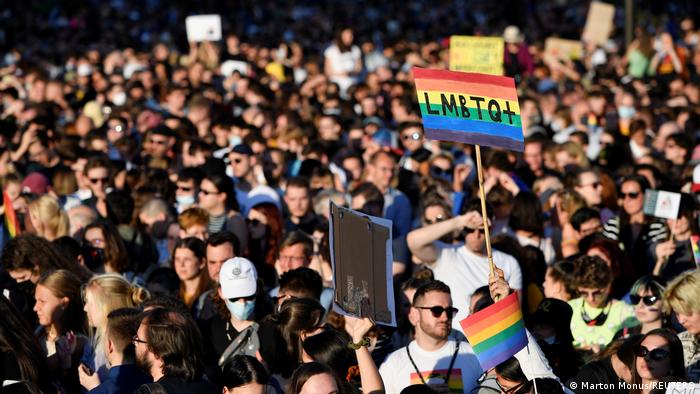 In June, thousands took to the streets in Budapest to protest the new law

At the same time, the country's LGBTQ communities can count on international solidarity. The European Commission strongly condemned the law and has launched legal action against Hungary. "Celebrities, actors, artists, and politicians are now more actively advocating for our community than ever before," Szekely said.

"It [the law] unites many people who oppose it. Now we are finally visible," Nagy said, adding that he hopes many people will take to the streets for the Budapest Pride March on July 24.

Meanwhile, the Hungarian government has remained unimpressed by growing opposition to its law and dismissed any criticism as an "international hate campaign against Hungary."

JUST IN — Viktor Orban's party set to remain in power in Hungary after opposition concedes defeat 03.04.2022