Hungarian prosecutors have charged Bela Kovacs of the far-right Jobbik party of spying on EU institutions for Russia. Kovacs, who serves as a member of the European Parliament, rejected the charges as "fantasy." 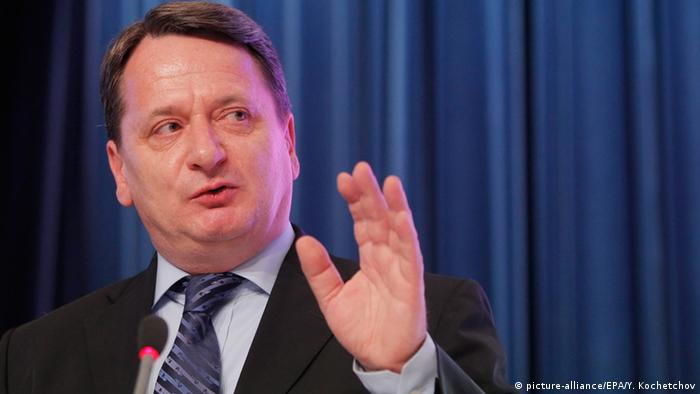 The 57-year-old Bela Kovacs has been charged with "engaging in espionage in the interests of a foreign state," Hungarian authorities said on Wednesday. The state in question is Russia, where Kovacs had lived for a decade in the 1980s and the 1990s.

Kovacs is the member of the nationalist Jobbik party and has served as a deputy in the European Parliament since 2010. He has consistently rejected the allegations of procuring information on EU institutions for Moscow.

Hungarian authorities first reported the suspected espionage in April 2014 and filed for the lawmaker's immunity to be lifted. Prosecutors say Kovacs also used forged private documents while working for the Russian secret service.

The EU Parliament stripped Kovacs of his immunity in October 2015.

On Wednesday, Kovacs told the Reuters news agency he was looking forward to exonerating himself on the trial.

"I am very happy that we finally made it to this point and I can clear my name in court and put an end to this saga," once again dismissing the charges as "fantasy."

The trial date has yet to be announced.

Read more: Russian banker senteced to prison in US for espionage

Kovacs and his associates are also suspected of defrauding the EU parliament of  €21,076 ($24,910) and fictitious employment of interns.

Hungary's right-wing strongman Viktor Orban from the ruling Fidesz party has promoted close ties with Moscow in recent years, even as most other EU leaders distanced themselves from the Kremlin over the Ukraine crisis.

Speaking to Reuters on Wednesday, Kovacs speculated that the case against him could be part of a larger political ploy to deflect the accusations of Russian links from Fidesz to Jobbik, as Hungary prepares for the next parliamentary election in 2018.

"I am almost positive this has a political relevance," Kovacs said. "It is no coincidence that it was brought up before elections. Now the court dates will probably fall in the thick of the election campaign, and clearly will be used to attack my party."

If convicted, Kovacs could face a prison sentence of between two and eight years.