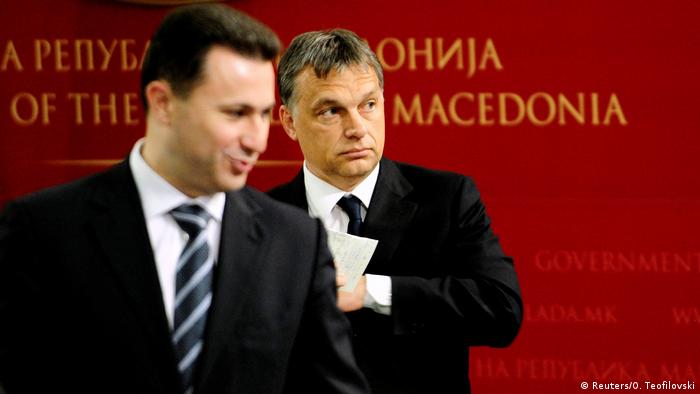 Literally standing behind him: Orban (right) and asylum-seeker Gruevski

Most of the details are public knowledge: Gruevski was sentenced to two years in prison on corruption charges, and he has been indicted in four other court cases that are still ongoing. But, instead of showing up at the prison in the Macedonian capital, Skopje, on November 10 to begin his sentence, he vanished into the Hungarian embassy in the Albanian capital, Tirana.

A day later, Hungarian diplomats accompanied Gruevski to Hungary via Montenegro and Serbia. He arrived in Hungary on November 12.

What remains unclear, however, is how Gruevski got to Albania. The Macedonian government is finding it difficult to provide answers, which comes as no surprise because whatever they say will not reflect well on Prime Minister Zoran Zaev's reformist government. Either it lacked the competence to keep tabs on Gruevski, whose intentions to leave the country were no secret, or it tacitly let a convicted criminal go.

To make things worse, the European Parliament is scheduled to survey the situation in Macedonia on Thursday, and the Gruevski incident is sure to be on the agenda. 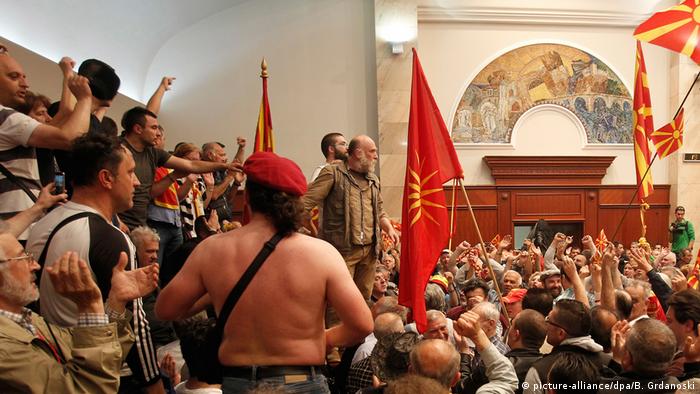 Research by DW reporters has uncovered new details about Gruevski's escape to Albania. It seems Gruevski gave people in his immediate surroundings the impression that he was getting ready for his prison sentence, while, in reality, he was planning his escape to Hungary via Albania. It seems likely that Hungarian diplomats helped him flee. DW reporters interviewed Gruevski's neighbors and staff at the Skopje Marriott Hotel — where Gruevski was last seen — as well as finance and justice officials and members of the Interior Ministry who were responsible for Gruevski.

They postulated that Gruevski used four apartments in a building in downtown Skopje — he only officially owns two of them — to keep people in the dark about his real whereabouts. He also reportedly questioned his six bodyguards about the logistics of Macedonian prisons just days before his escape. He asked them to buy clothing he might wear in prison, to give them the impression that was where he was headed. The last time they saw him was on November 8. Gruevski is also said to have withdrawn €100,000 ($113,000) from his Macedonian bank accounts.

Gruevski was seen leaving the Marriott Hotel in the evening hours of November 8. The hotel belongs to his cousin Saso Mijalkov, the country's former and much-feared intelligence chief, who was arrested on November 21. Various sources have confirmed that Hungarian diplomatic vehicles based in Serbia were repeatedly seen in the Marriott's underground garage over the past three weeks, which could mean Hungarian diplomats helped Gruevski plan his escape.

Asked about the matter, a spokesman for the Hungarian government merely referred DW to earlier statements that Hungary's government was not involved in Gruevski's escape from Macedonia to Albania. That is highly unlikely, according to Andras Racz, a political scientist with the Budapest-based Political Capital Policy Research & Consulting Institute. Gruevski's route from the embassy in Tirana via Montenegro and Serbia to Hungary seems to have been very well organized, Racz said.

"Taking that into account, it would be odd if the Hungarian government hadn't also helped Gruevski escape Macedonia, or was at least aware of the details," he said.

Given all of the information available, the Hungarian government's claims that it had nothing to do with Gruevski's escape from Macedonia are questionable, said Bernadett Szel, a Hungarian opposition politician and independent lawmaker. Last week, Szel contacted Hungary's asylum authorities for details of the former prime minister's proceedings and concluded that "there is no legal foundation for Gruevski's transfer across three Western Balkans states and into Hungary." Political decisions would have been necessary, as well as thorough planning of each phase of the escape, she added. 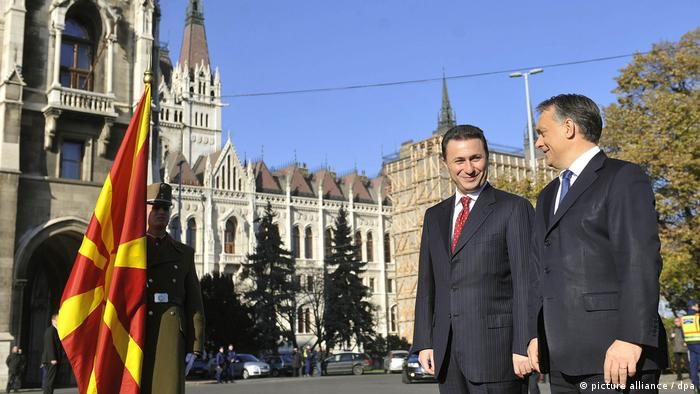 Longtime allies: Gruevski with Orban in Budapest in 2012

The new information has put the governments of both countries, but above all the Macedonian government, on the spot. In 2019, Macedonia is set to join NATO and begin EU accession negotiations.

Macedonia now fears Hungary could block both moves if the Zaev administration raises too much public pressure concerning Gruevski. "Greece blocked Macedonia's Euro-Atlantic intentions for two decades," argued Macedonian publicist Saso Ordanoski. He said the country did not need that kind of situation again, adding, "and Orban knows it."

Political scientist Racz doubts Hungary is after escalation. "So far, Hungary's Balkans policies have been coherent and pragmatic," he said. "Blocking Macedonia would only serve to harm Hungary in the EU, and blocking NATO membership would provoke the US." As a result, Orban's government is trying to play down the case and reduce it to a legal matter, he said.

Six months after parliamentary elections, Macedonia finally has a new government. Hopes for a fresh start are high but the challenges ahead are immense – the country has been stuck in crisis for years. (02.06.2017)

Fugitive former Macedonian Prime Minister Nikola Gruevski claims Hungarian authorities have approved his asylum request. Gruevski is an ally of Viktor Orban and has been convicted on corruption charges back home. (21.11.2018)

A court in Macedonia has found former prime minister Nikola Gruevski guilty of abusing his post over the purchase of a luxury bulletproof Mercedes. Macedonian media have dubbed the scandal "the Tank affair." (23.05.2018)