The legislation criminalizes aid to illegal immigrants and is punishable with up to one year in jail. Hungary chose to vote on the bill even before the Venice Commission could submit its conclusion on it. 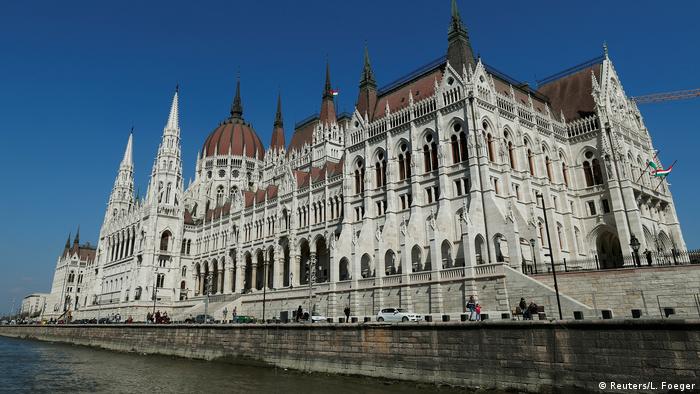 The Hungarian parliament passed the controversial "Stop Soros" bill on Wednesday, despite calls from the Council of Europe to wait until its team of experts had submitted a review of the bill.

The "Stop Soros" legislation makes it illegal for people or organizations to provide help to illegal immigrants and allows criminal penalties of up to a year in jail for those convicted.

The law is part of Prime Minister Viktor Orban's push against EU migration policies and is named after Hungarian-American financier George Soros, a foe of Orban's government.

Hungary accuses Soros of backing mass migration to Europe and providing support to civic groups that give legal aid to asylum-seekers and refugees.

The parliament, where Orban's right-wing Fidesz party has a two-thirds majority, voted 160-18 to pass the law.

The law applies to "the promotion of illegal immigration" and would criminalize acts such as distributing informational leaflets or
organizing "border observation." The legislation grants the interior minister the power to ban non-governmental organizations that support migration and are deemed as a national security risk.

"The Stop Soros bill and the constitutional amendment vindicate the will of the Hungarian people, entailing a new, strong protection
for the country against illegal migration," Orban's office said after the votes.

In a swipe at the EU over its plans to distribute asylum seekers around the bloc, the parliament also passed on Wednesday a constitutional amendment to state that an "alien population" cannot be settled in Hungary.

The Council of Europe's advisory body on constitutional matters, the Venice Commission, was reviewing the legislation and its opinion on the bill was due on Friday.

Commission chief Gianni Buquicchio had asked Hungary to wait until the Commission published its recommendations or at least to take the Commission's preliminary views, which already been shared with Hungarian officials, into account.

The Council of Europe and the Organisation for Security and Cooperation in Europe (OSCE), have criticised Hungary's new law as "arbitrary" and vague and said it contravenes European law.

"Criminalizing essential and legitimate human rights work is a brazen attack on people seeking safe haven from persecution," Amnesty Europe director Gauri van Gulik said. "It is a new low point in an intensifying crackdown on civil society and it is something we will resist every step of the way."

The EU should give up "nightmares" of United States of Europe, said Hungarian nationalist leader Viktor Orban while starting his fourth term as prime minister. He won a landslide victory in a recent parliamentary vote. (10.05.2018)

Hungary leaves migrant teenagers in harsh conditions at its border with Serbia in breach of agreed rules, the Council of Europe has said. Its report follows visits by human rights experts last year. (27.04.2018)

Hungarians are calling for changes to the voting process they say has given Prime Minister Viktor Orban's party an unfair advantage. International observers have also queried the fairness of the recent national election. (14.04.2018)