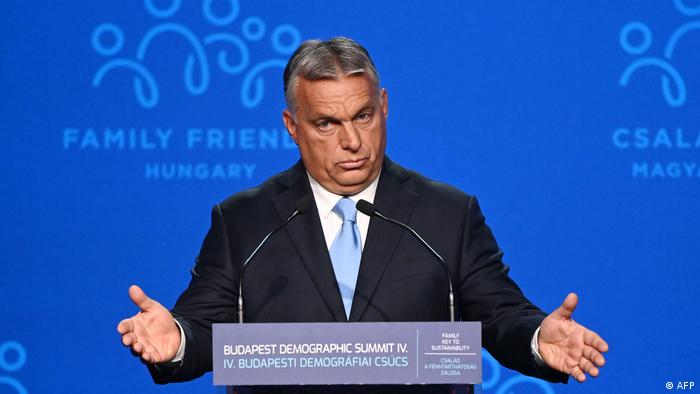 The ruling said that the Polish constitution superseded EU law.

Orban's resolution makes Hungary the only country in the EU to go on record supporting the controversial ruling by Poland's constitutional court.

The Polish court's decision finds parts of EU law to be incompatible with Poland's constitution and — where there is a conflict — calls for the Polish constitution to take primacy over those EU laws.

While the ruling was welcomed by Poland's conservative government, Brussels was less keen as it deepens the divide between the European Commission and Poland over the country's overhaul of the judicial system.

The Hungarian resolution comes as a result of what Orban terms "bad practice by European institutions."

"Efforts are being made to deprive member states of powers they never ceded to the EU without amending the EU treaties and through creeping extensions of competences," the resolution states in part.

The Hungarian resolution accuses the EU of overextending its powers.

"The primacy of EU law should only apply in areas where the EU has competence, and the framework for this is laid down in the EU's founding treaties," it states in part.

Von der Leyen: 'The Hungarian bill is a shame'

Poland's conservative ruling Law and Justice party has been remaking Poland's judiciary in its image for years. Critics charge it has pressured judges and made illegal appointments, including to the country's constitutional court.

France and Germany urge Poland to comply with EU rules

Their statement said Poland had a moral and legal obligation to respect the common rules that govern all countries forming the 27-nation bloc.

"Membership of the EU goes with full and unrestricted allegiance to common values and rules," the ministers wrote, adding, "Of course, that also goes for Poland, which has a very central place within the EU."