Thousands of protesters have called for immediate elections in Reykjavik following the Panama Papers leaks. The revelations have already toppled the country's former prime minister. Protests have also erupted in London. 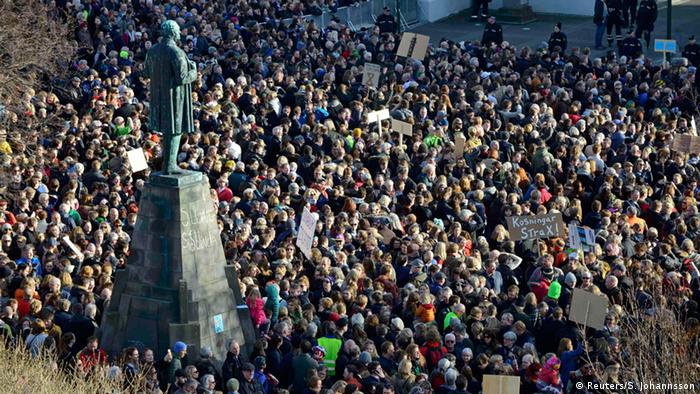 Saturday's rally was the largest in a series of such protests since Monday. Up to 6,000 people took to the streets in anger at the revelations of the Panama Papers, which exposed some of the clandestine offshore financial activities of political figures and celebrities from around the world. It was a huge gathering in a country with a population of only 320,000.

Outrage at such dealings is particularly rife in Iceland, which was plunged into a deep recession following the collapse in 2008 of the nation's three main banks. The crisis saddled thousands of Icelanders with debts.

Prime Minister Sigmundur David Gunnlaugsson resigned on Tuesday after protesters demanded he step down amid allegations that he and his wife had hidden investments to the tune of millions of dollars in an offshore company. 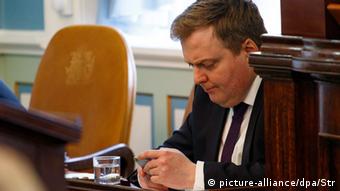 A government reshuffle since his resignation has failed to quell the protests, and there have been loud calls for the whole center-right coalition - consisting of the Progressive Party and its junior partner, the Independence Party - to step down.

On Friday, the parliament rejected an opposition motion of no confidence in the reshuffled government under Fisheries Minister Sigurdur Ingi Johannsson by a vote of 38-25. A motion for parliament to be immediately dissolved was defeated by a similar margin.

However, a poll this week by Reykjavik University showed that just over half of Icelanders want a general election held as early as May or June. Twenty-six percent of respondents said they would be content with Johannsson's proposal to bring forward the elections, originally scheduled for April 2017, to fall of this year. 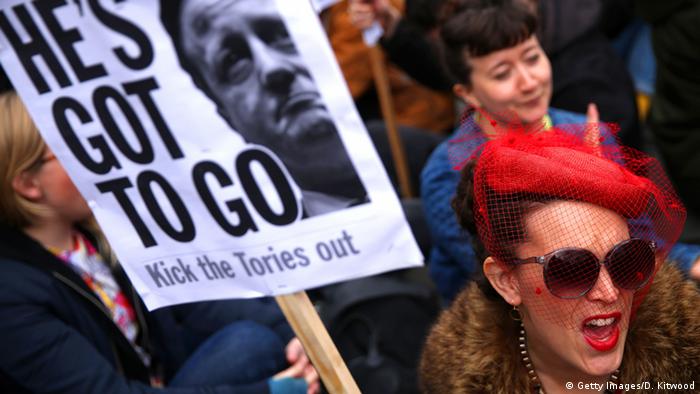 Protesters in London say Cameron is guilty of hypocrisy

Widespread mistrust of the government has seen the ratings of the libertarian Pirate Party surge in polls since the crisis to such an extent that it would win an election if held today.

The revelations of the 'Panama Papers," which hit front pages around the world on Monday, have also triggered calls in Britain for the resignation of Prime Minister David Cameron.

Several demonstrators gathered in front of No. 10 Downing Street on Saturday to demand Cameron step down, accusing him of not being up front about former shares in his father's offshore business interests as exposed by the "Panama Papers."

Cameron apologized on Saturday for not dealing with the matter better, after he and his office waited until Thursday before admitting that he had held shares in his late father's Bahamas-based offshore investment fund, selling them four months before he became prime minister in 2010.

He also said he would publish his tax returns for the past few years, adding that he had paid the necessary taxes on the shares while he still held them.

In his first comments on the document leaks, Putin has denied any involvement in corruption. Although not directly mentioned in the documents, media outlets have sought to implicate Putin through his associates. (07.04.2016)