Six things to know about the Panama Papers | World | Breaking news and perspectives from around the globe | DW | 04.04.2016

Who, what, where and when: The release of the so-called "Panama Papers" on offshore financial dealings of the wealthy, the famous and the powerful is being called the biggest leak in history. 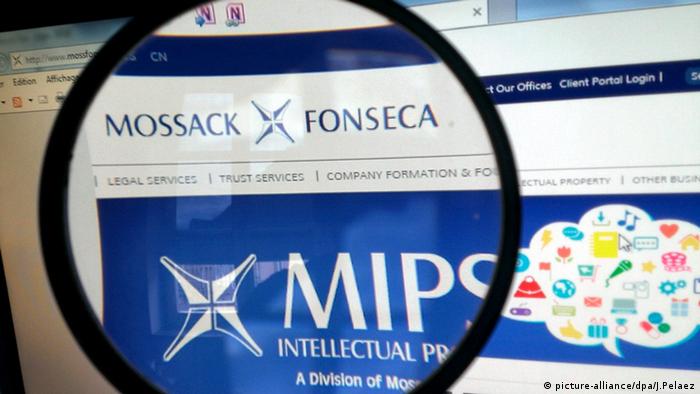 What are the Panama Papers?

The Panama Papers are a cache of 11.5 million documents and 2.6 terabytes of information in the form of emails, financial spreadsheets, passports and corporate records from the law firm Mossack Fonseca that detail how powerful figures used banks, law firms and offshore shell companies to hide assets worth billions in offshore jurisdictions. The data leaked on Sunday lists almost 15,600 paper companies set up for clients who wanted to keep their finances secret, and spans the decades - from 1977 to the spring of 2016.

What is Mossack Fonseca?

In 2012, The Economist described Mossack Fonseca as a remarkably "tight-lipped" industry leader in offshore finance. The Panama-based law firm and corporate service provider is one of the world's largest providers of shell companies. The company has franchises all over the world that operate in tax havens like the British Virgin Islands. According to Germany daily Süddeutsche Zeitung, - who obtained the Panama Papers from an anonymous source - Mossack Fonseca "sells its shell firms in cities such as Zurich, London, and Hong Kong - in some instances at bargain prices; clients can buy an anonymous company for as little as $ 1,000 (880 euros)."

Who is the ICIJ?

The Washington-based International Consortium of Investigative Journalists investigated the files that exposed the hidden financial dealings.

Founded in 1977 by US journalist Chuck Lewis, the ICIJ is a global non-profit network of about 190 investigative journalists in more than 65 countries who collaborate on in-depth stories. "Together, we aim to be the world's best cross-border investigative team," the group says on its website. Like in the present case, the ICIJ works with leading news organizations worldwide to release its findings.

Two years ago, an ICIJ investigation identified thousands of offshore holdings of China's elite in mainland China and Hong Kong.

What is a shell company?

A shell company is a fictitious legal entity that has no active business operations but allows people to hold and move around cash under a corporate name. A shell company can be part of a scam, the idea being that the money can't be traced to the owner. But it can also serve a legitimate function, for instance if start-ups need financing before commencing operations. Shell companies often set up in offshore havens.

Countries with few restrictions on businesses and negligible income tax are considered offshore havens. They provide services to attract foreign capital. Offshore financial dealings are not illegal in themselves but they can be abused to hide assets from tax authorities. It's illegal for US citizens, for instance, to take advantage of offshore tax havens. According to US law, it's all about citizenship, and they are required to pay taxes no matter where their income comes from.

A leaked transcript of a call among three International Monetary Fund officials has caused outrage in Athens. It suggests that the lender may have wanted to use the threat of default in Greece to force austerity. (03.04.2016)

The interior minister claimed that a trove of confidential "Islamic State" files will aid authorities in understanding the group. The cache provides personal information on foreign fighters, including German citizens. (08.03.2016)

Wikileaks has released new documents alleging the NSA intercepted communications between Ban-Ki Moon and Merkel. The secret releases also include allegations of spying on Israeli, Italian and French leaders. (23.02.2016)