In several countries across Asia, torture is used on a regular basis. Bringing perpetrators to justice is notoriously hard, especially in nations where the practice is state-sanctioned, HRW's Phil Robertson tells DW. 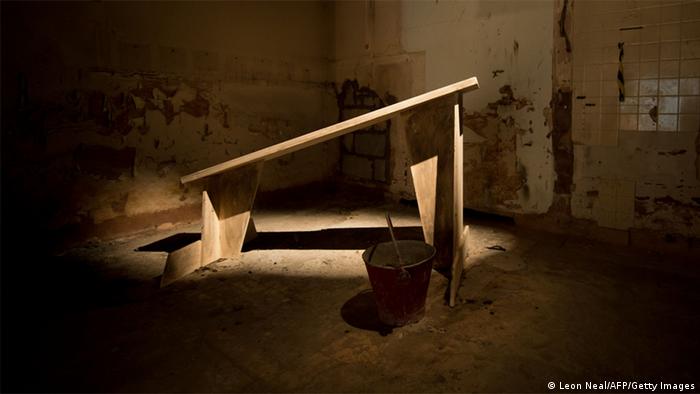 Inflicting pain by using physical force, breaking people's will, trying to annihilate their personality - those are three forms of cruel treatment that fall under the definition of torture. Torture is a crime under international law. Still, in a number of countries around the world, the practice hasn't been eradicated. On the contrary, some governments use it systematically as a means to stifle even the slightest dissent.

In order to draw global attention to the issue, the United Nations General Assembly designated June 26 as the International Day in Support of Victims of Torture. But more than 15 years later, the international community still has a long way to go to achieve their ultimate goal of eradicating torture altogether.

Throughout Asia, human rights organizations accuse several nations of using torture. Among the countries listed are not only authoritarian or single-party states such as North Korea or China, but also India, Indonesia, Malaysia, Myanmar, the Philippines and Japan. In a DW interview, Phil Robertson, deputy Asia director of Human Rights Watch, says in many of these countries, there is apparently broad immunity for government officials who use torture.

DW: Which Asian countries use torture on a regular basis?

Phil Robertson: The sad fact is that police forces across both Southeast and South Asia, as well as East Asia, consistently use torture as a standard part of their interrogation techniques in order to exact confessions. In Southeast Asia, we've seen this in Vietnam, Cambodia, Laos, Thailand, Myanmar, Malaysia, Indonesia and other countries, and in every South Asian country. 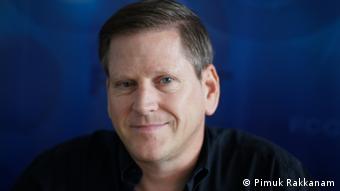 Police forces across Asia, consistently use torture as a standard part of their interrogation techniques, says Robertson

In fact, the problem is so rife that it's hard to know where to start to try and combat police use of torture, but we have noted that one of the continuing themes of our work has been examining police torture. For example, in Malaysia we found systematic torture of persons in police custody, often resulting in custodial deaths have been a central reality for years.

Human Rights Watch has also found that torture regularly occurs in drug detention "treatment" centers in China, Laos, Cambodia, and Vietnam, so even in cases where persons are supposed to receive help, they get the lash or worse. Even in countries like Singapore and Malaysia, whippings are a regular part of the judicial system which is a practice that Human Rights Watch considers cruel and unusual punishment.

And of course, the high profile "political prisoner" cases that we often think about are certainly still an important part of the discussion in places like Vietnam, Laos, Burma, and other totalitarian states – in which, of course, North Korea leads the way.

What is profoundly disturbing about all this torture is how infrequently any of the perpetrators are held accountable for it. In many of these countries, there is apparently broad immunity for government officials who use torture. As one Cambodian migrant told me: "In Thailand, the Thais can beat us for free."

What different practices of torture are most applied?

The use of the foot and fists to beat a person into submission is very common, as are electric shocks, hanging persons in various positions, burning with cigarettes and other sources of flame, sexual abuse and rape of both men and women, use of stress positions, and beatings with various rods.

Have there been any positive developments throughout Asia and the Pacific region over the last year?

Well, certainly the work of the UN Commission of Inquiry (COI) on human rights abuses in North Korea, headed by Justice Michael Kirby of Australia, was a very positive development in the region.

Most nations that signed a decades-old UN convention on torture are guilty of breaking it, rights group Amnesty International has claimed. The group warns of a crisis, with torture now normalized by the "war on terror." (13.05.2014)

'Torture increases the spiral of violence'

In Latin America, torture remains an "endemic" problem for all democratic governments in the region. In countries like Mexico, torture is "widespread," but not state policy says UN Special Rapporteur Juan E. Méndez. (12.05.2014)

A UN commission led a months-long inquiry into human rights violations in North Korea. In a DW interview, the chairman of the three-member panel, retired judge Michael Kirby, talks about the disturbing findings. (05.03.2014)

By exposing the systematic torture that takes place in various prison camps in North Korea and demanding international accountability for this and other crimes against humanity that Pyongyang has committed, the COI helped launch long overdue action on one of Asia's worst human rights abusing governments.

The release of significant numbers of political prisoners from Burma's notorious prisons is certainly also good news, especially given how systematic the use of torture was against such prisoners during previous military governments. However, whether Burma will continue down the path of rights respecting reforms needs to be seen, and this year and next will be critical in determining the future for that country.

How difficult is it to actually bring to justice those responsible for torture?

In countries across Asia, bringing perpetrators of torture to justice has been notoriously hard. Where the torture is state-sanctioned, as in countries like North Korea, Vietnam, and others, there is little daylight for justice to occur. The fact that torture often occurs in prison systems that are opaque in their operations and hard to access compounds the problem.

For instance, many have suspected that one of the worst prison systems among ASEAN countries is in Laos, and that torture and mistreatment of prisoners is common-place. But it is very difficult to comprehensively prove that when external monitors hardly can get any sort of sustained access to those prisons and the prisoners locked away there.

Even when there is the capacity to prosecute persons for committing torture, and the evidence available, getting countries to muster the political will to prosecute senior policemen or top level army officials who permit torture to happen is very difficult. At the most, it's sometimes possible to get lower level officials to court for crimes, but often those prosecutions are ad hoc and limited to particularly high profile cases.

What about punishment - to what extent is torture liable to prosecution in Asian countries?

In many countries, torture is a prosecutable offense, and where it is not, other charges connected to causing bodily harm can be employed to hold a person responsible. But the reality is that only a few persons are ever prosecuted for committing torture because to prosecute one threatens to unravel systems of police investigation that regularly use torture, or expose prison systems where torture is common – and the simple fact is that most governments don't want those matters exposed. So instead one sees strong rhetoric against torture from governments, followed by weak or non-existent follow up. 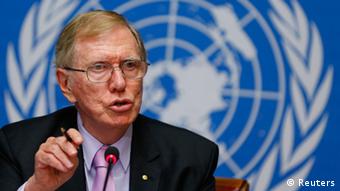 The work of the UN Commission of Inquiry on human rights abuses in North Korea was a very positive development in the region, says Kirby

Is there any personal story told by a torture victim you would like to share with us?

Over the years that I have worked for human rights, I've interviewed many persons who have suffered torture. What I can say is that many of them are still scarred physically and emotionally by the experience and by what one told me was the "total loss of control over my life" that he felt.

There is a good reason that the prohibition against torture is a human right that governments cannot derogate from because it tears apart people's lives, and those of their families, in the most brutal way possible. Despite that, torture is an expanding scourge in Asia, so we have to re-double our efforts to fight to end torture absolutely and prosecute in a court of law any and all who employ it.