How the Arab Spring spawned a ‘green revolution’

The Arab Spring sparked a series of protests across the Mideast not just for political change but also for more environment protection. In countries like Tunisia, citizens are taking action to conserve biodiversity. 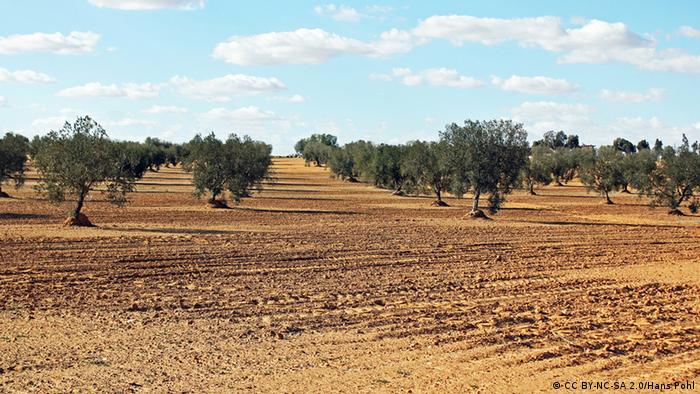 Bou Hedma National Park in central Tunisia slowly opened up to tourists and locals after the revolution, after years of inaccessibility. It’s home to wild cats, oryx antelopes and a variety of birds

The story of the trigger that led to what became known as the #link:http://www.theguardian.com/world/interactive/2011/mar/22/middle-east-protest-interactive-timeline:“Arab Spring”# is well known. In December 2010, a 26-year-old Tunisian vegetable vendor Mohammad Bouazizi set himself on fire in front of the municipal government building to protest police harassment and the indifference of the local officials to whom he had complained.

It led to a wave of popular revolutions throughout North Africa and the Middle East, albeit with varied outcomes. But, there is a story of another lesser known revolution which is no less dramatic.

A few days after the ouster of Tunisian President Zine El Abidine Ben Ali in January 2011, locals destroyed fences surrounding the national parks Bou-Hedma in central Tunisia and Ichkeul near the northern coast, allowing shepherds to usher their animals inside to graze in what should have been a protected area.

"These were not attacks," Maher Mahjoub, North Africa Program Coordinator at International Union for Conservation of Nature, says. "The point was not to destroy or impact nature negatively, rather it was to communicate that they (the locals) were not happy with the government's handling of conservation."

Both Bou-Hedma and Ichkeul are important centers of biodiversity within the Mediterranean, with Ichkeul boasting more than 200 animal species and each of the parks home to more than 500 plant species.

Demanding a voice in green issues

The two areas were turned into national parks in 1980. But the government's management of the protected areas left much to be desired, some say.

"One could go there, but could not go in,” Jörg Freyhof, executive director of global biodiversity observation organization, Group on Earth Observations - Biodiversity Observation Network (GEO BON) in Germany says. “One would have to go to Tunis, which is five hours away to apply for a ticket to the park in an official eco-tourism office, to be escorted through. It was strange to create a park no one could really go to, and have all the funding go to the tourism office instead of conserving the park." 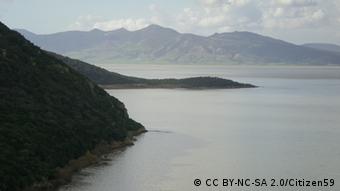 Ichkeul is the last remaining lake in a chain formerly extending across North Africa. Civil society groups are working with government and international organizations to conserve the rich biodiversity at this heritage site


The parks weren’t just hard to access for visitors. Local residents too felt shut out of the negotiations that lay the foundation of the national parks some 20 years ago. As a result, many found themselves grappling with radically altered lives and livelihoods without having been consulted.

"This protected area took a large part of the grazing ground that used to be for the local community," Mahjoub says. "After the revolution, some entered protected areas to say the land had previously belonged to them.”

He adds that the revolution taught people to demand change and involvement, not just in political and social issues but also on the environment front. And, the demands have translated to actual involvement - after January 2011, over 370 non-governmental organizations were created in the field of environment protection alone.

"We are seeing this new era where it is not the public administration spearheading the projects, but civil societies as entities with more flexibility of movement, and physical presence in the ground," Majoub points out.

It’s still too early to tell whether increased civil society participation has resulted in better protection for the country’s biodiversity.

But there are definitely gains, Mahjoub says, that are not specifically confined to Tunisia. For instance, there is a coordination of efforts into data collection, such as on migratory birds coming to Algeria or Morocco that previously didn't use to, or research into wetlands.

"I think now we have an idea, more precise and more updated about the current environment in our countries,” he said. “What they (civil society) are doing is very useful, because there is a lot of data that would not be available without them.”

Policymakers have also caught up, as evidenced by the newly-adopted Tunisian National Strategy for the Development and Sustainable Management of Forests and Rangelands.

Tunisia may have made some progress on green issues. But anyone who has been following the events of the Arab Spring knows the country is something of an outlier. Elsewhere, such as in Egypt, the revolution outcome has not been as peaceful. As recently as last month, more than 1,000 protestors took to the streets again to protest #link:http://www.dw.de/protests-break-out-in-cairo-following-mubarak-acquittal/a-18102035:charges being dropped against former President Hosni Mubarak# for 239 deaths during Egypt's Arab Spring. 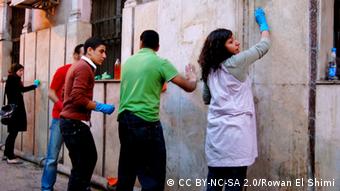 "For any society, if the issue of political instability exists, forget about biodiversity conservation,” Mostafa Fouda, Minister Advisor at Ministry of State for Environmental Affairs in Egypt, says. He cited mass bird killings with around 140 million birds migrating from Europe to wintering grounds to Africa trapped and shot in Egypt every autumn and offered as a delicacy in markets and restaurants across the country. Fouda says the conflict has diverted attention from efforts to stop the practice.

And that even despite the fact that #link:http://www.mei.edu/content/middle-east-revolutions-environmental-perspective:environmental issues were initially included in the rallying cry of Cairo protestors in 2011#, who voiced indignation that the government was bleeding Egypt's natural resources dry, and criticized widespread use of carcinogenic pesticides and fertilizers.

"The funding sources are either from government or from international aid. The governments have less resources, as they are being directed towards mitigating conflict," Diane Klaimi, the Biodiversity and Ecosystems Programme Officer at the United Nations Environment Programme says. Klaimi works at the UNEP’s Regional Office for West Asia and is involved in biodiversity capacity building in Northern African countries.

"I know Egypt has a project that has been delayed on how to manage genetically modified organisms, which is a topic that impacts biodiversity. The building of laboratories has been delayed, because of the revolution,” Klaimi says. 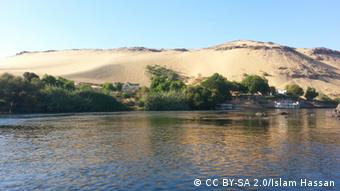 The Nile River is perhaps the best known biodiversity hotspot in North Africa. It includes highly productive wetland ecosystems, as well as a rich variety of fish, mammal and bird species


In the fight for a better future, many in Tunisia included environmental issues in the push for societal change. In other countries, the revolutions turned into a drawn-out, bloody affair, that put the environmental agenda on the back burner, as the countries battled with internal strife.

In Libya for example, "absolutely nothing" is happening by way of biodiversity conservation at all, Klaimi says.

Cross-border efforts have also been difficult to coordinate, as alliances and divisions prove a hurdle. "Going to, say, Dubai is now more difficult for Syrians, Egyptians and Libyans, even as development staff and government officials," she says. "Their participation in workshops, meetings and conferences has also declined."


While face-to-face coordination has been difficult as a result of the revolution, virtual coordination has become easier, according to Klaimi: #link:http://www.dw.de/international-media-studies-publication-on-the-arab-spring/a-16714506:the rise of social media in the region during the Arab Spring revolutions# has made civil society more aware and more participative on discussions of biodiversity and sustainable development.

The Guardian: Interactive Timeline of the Arab Spring

Egyptians take to the steets after Mubarak acquittal