How sustainably do Germans eat? | Environment | All topics from climate change to conservation | DW | 04.01.2018

Germans cook plenty of vegetables and say they care about animal welfare — but they aren't ready to give up their beloved sausages. 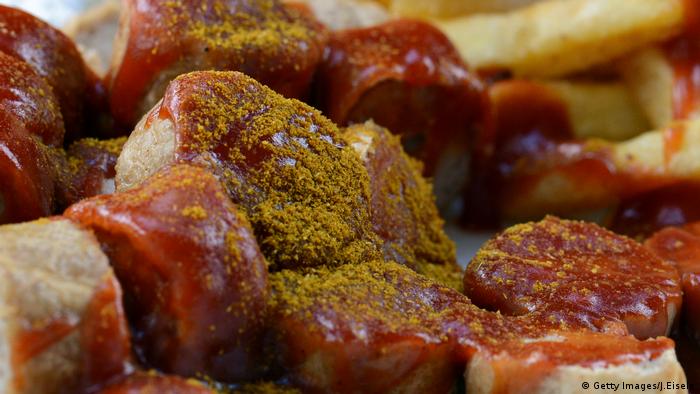 Germans may be obsessive about recycling, and seen as global leaders in the drive to decarbonize the energy system. But a report commissioned by the German Agriculture Ministry suggests their eating habits leave something to be desired, as the nation refuses to kick its meat habit.

The Forsa Institute asked more than 1,000 Germans over the age of 14 about their food values and eating habits. Respondents said they regularly cooked at home, and were committed to reducing waste.

Last year's Food Sustainability Index (FSI) , developed by the Economist Intelligence Unit with the Barilla Center for Food and Nutrition Foundation, placed Germany third, behind France and Japan, out of 34 countries on sustainable food consumption.

Germany performed well on avoiding waste, ranking second. But it let itself down on nutrition, with a diet that relies heavily on meat, alongside sugars and carbohydrates.

"The FSI shows that Germany remains a global leader in reducing food loss and waste," Martin Koehring, managing editor at The Economist Intelligence Unit, said. "However, nutrition remains a weak spot. And the country receives only mediocre scores for nutrition education."

This week's survey found that more than 90 percent of Germans would like to see nutrition taught in schools alongside subjects like math and science — a call backed by German agriculture minister Christian Schmidt. 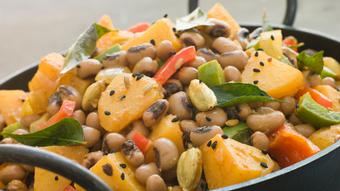 But critics have accused the minister of failing to live up to promises.

Responding to the survey, Foodwatch and Friends of the Earth Germany (BUND) pointed out that Schmidt previously said he would introduce a new animal welfare label, which has yet to materialize.

Schmidt welcomed the Forsa survey's findings, calling Germany a nation of chefs. "Consumers are ready to take more responsibility through their consumer behavior," he said.

But the organizations accused the government of publishing "unimportant brochures" instead of focusing on effective policies to improve food quality and consumption habits.

Germany is not the only country being urged to make changes to the way people consume food.

A group of 125 leading researchers in America showed that unhealthy diets are the leading cause of death and disability in the United States.

Public Health England, meanwhile, has warned that children's snacking habits are setting them up for obesity and poor health.

From increasing wolf populations in Germany to ice shelves breaking apart in Antarctica — DW shares your favorite environment stories of the year. (29.12.2017)

Common German vegetables you may have never eaten before

Navigating a German supermarket can be tricky for newcomers to the country. Germans love these tasty vegetables, but - depending on where you come from - you might not even recognize them. (01.09.2017)

Worldwide population is expected to grow to nearly 10 billion by 2050 - but agricultural lands won't be able to follow the same pace. The problem is clear: something has to change. The question is what. (11.07.2017)

Don't waste it, eat it

Why don't we eat crooked cucumbers and knobbly carrots? Because they're hard to find, that's why. Initiatives in Germany and the Czech Republic are encouraging consumers to get more daring with their fruit and veggies. (07.02.2017)